I really don't even know what to say.  The 49ers had a gigantic momentum shift at the end of the first half with a blocked field goal returned for a touchdown.  The 3rd quarter saw the 49ers put up 10 more points to take a 26-17 lead.  Things seemed well in hand as the 49ers were rolling.

Then the fourth quarter happened.  The 49ers managed one first down in the fourth quarter (the Morgan reception immediately preceding the next pick-6 INT).  The 4th quarter saw the Eagles score 23 points thanks in large part to starting field position on the 49ers 38, their own 49, 49ers 7 and 49ers 20.  That came via shanked punts, INTs and general crappy offense.

I want to do more insightful analysis but I'm too baffled by the hideous coaching.  I think my biggest problem is with the lack of Frank Gore when the team still had the lead.  However, there is plenty more to infuriate you.  A close second for me would be the two challenges Mike Nolan elected to take.  I don't think I've ever seen somebody challenge a field goal before.  Throw in yet another poor use of timeouts and it's just pure insanity.

While certain aspects of the game were certainly impressive, nothing can wash out the taste of what might be the most poorly coached quarter EVER.

I really don't feel like wasting my time with analysis right now.  This coaching staff doesn't deserve it.  Rather, I'll just leave you with shlecko's graphic from the end of the game.  I think it's the most fitting. 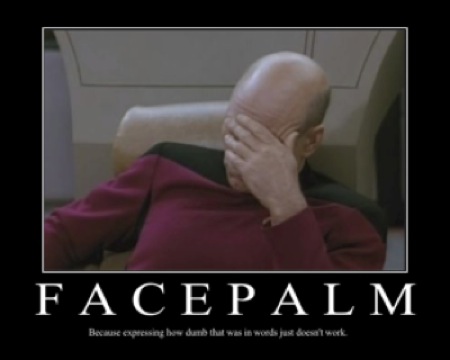