Share All sharing options for: Cowboys 35-49ers 22: That was frustrating

EDITOR'S NOTE 1:47PM: Feel free to use this as a thread for the afternoon games.

Well, that was a most frustrating loss.  This is a hard game to fully comprehend.  Clearly they were outplayed for long stretches.  Just look at TO's numbers for the game.  7 receptions and 213 yards.  To say Nate Clements had a bad day is an understatement.  He blew up Jason Witten on the one play, but other than that he didn't do a whole heck of a lot.  He even cost them the ball on the first onside attempt when he was offsides on the non-kicking side.

So what the heck can we take from this game?  Troy Aikman just said he "thought this team got better today."  There were some good signs, but as has been the usual this season, for ever step forward there seemed to be two steps back.  The offense moved up and down the field in the first quarter quite easily in the passing game, even with Frank Gore struggling.  Of course the drawback is they could not put it in the end zone either time in the first quarter.  If you factor in later possessions, it's possible the 49ers left as many as 19 points on the board with poor red zone execution.

As persiflage put it in the last thread we did in fact sort of beat ourselves in this one.  There were all the red zone problems, including Shaun Hill pick in the end zone after the fumble recovery, a JTO special.  There was also another fumbled snap between Heitmann and Hill on their own 19 that led to a touchdown.  Not the sort of mistakes an underdog can afford to make.

Then of course there was some rather atrocious officiating.  There was the no call when Bryant Johnson was absolutely mugged in the end zone.  TO got the Michael Irvin treatment as he could push-off with impunity.  Of course, some of the later make-up calls would have one arguing it was horrible officiating all around.

So after all that jibber-jabber, what do we really know about this team?  Would it be a question of how they rebound from a really tough loss?  This certainly wasn't quite the kick in the junk like the Cardinals loss, but I think it's definitely #2.  Now the 49ers will be heading into Buffalo to face a Bills that let out a lot of frustration in a 54-31 beatdown of the Chiefs.

The one thing I do know is that this does not seem to be a team of quitters.  I won't put a whole lot of credence into Hill's late passing numbers.  Stats are stats certainly, but they mean a little less in the fourth quarter when you're down big.  The 49ers certainly had opportunities to get back into it but couldn't quite do it.  Nonetheless we still saw heart out there.  Aikman and Buck talked about the changing atmosphere and turning around the culture of the team.  That's fine and all, but at some point you need to add wins to the equation. 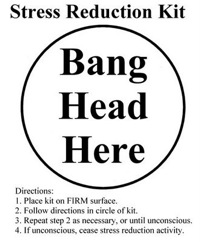 Thanks to everyone who took part in the game threads.  Once again a whole lot of participation.  Just a reminder that while cursing is ok in some instances in the thread, it'd be nice to clean things up a little bit.  Same with arbitrarily insulting a fellow poster (not ok at all in that instance).