Now this would be a nice little Christmas present

Share All sharing options for: Now this would be a nice little Christmas present 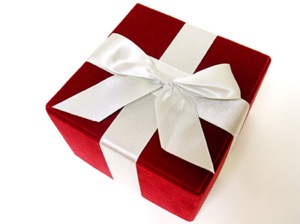 As we sit here on Christmas Day I wanted to wish everyone happy holidays.  What started out as a tough season has slowly turned into optimism for the future.  Even if you're not totally on board, you've got to admit things have improved under Mike Singletary.  The team isn't going to the playoffs, but they appear to have reversed course under Singletary.

That makes the news of late even better.  Coach Singletary met with ownership on Monday and it sounds like he really knocked their socks off.  Barrows has the best account of everything.  According to Barrows, Singletary had a plan in place to present to team officials.  This plan would include the return of mustachioed wonder Greg Manusky and the departure of Mike Martz.

With Martz directing the offense, the 49ers have climbed from dead last in the league in total offense to 24th this season. But Martz's pass-first mentality, on display in recent games against Miami and St. Louis, clashes with Singletary's ball-control philosophy. It also seems to be at odds with the type of players the 49ers have drafted on offense in recent years. Singletary not only discussed his offensive philosophy in the Monday meeting, he cited several candidates to take over at offensive coordinator next season. Those names are not yet known, although they are believed to include both current head coaches and assistants. The 49ers' biggest concern is for offensive continuity over the next several seasons.

I've got some ideas of potential offensive coordinators but we'll save that discussion for another day.  For now, the 49ers brass seems intent on NOT screwing this up.  The optimal result would be Singletary signing his new contract early next week, with the press conference announcing the signing immediately afterwards.

I recognize the value of a guy like Bill Cowher or Mike Holmgren.  They're not the traditional washed up retreads (see Erickson, Dennis).  They bring experience and success in the NFL, particularly Super Bowl winning success.  One could argue the 49ers would only be doing their due diligence if they waited to see if any of them had interest in coming to the Bay Area.

And then there's Mike Singletary.  The nay-sayers would argue he lacks experience, particularly coordinating experience.  However, I have to say I like the idea of sticking with a "fresh face" like Singletary.  Let's go with the new option and see where it takes us.  He took over a pretty hideous situation.  Interim coaches usually struggle for a variety of reasons.  If Singletary were to win on Sunday, he would become the first coach since Gary Moeller in 2000 to coach 5 or more games and finish with a winning record.  Even if you think the teams he's faced aren't that talented, it's still a sizable feat.  Mike Singletary took the bull by the horns

Given our recent approval polls, I think most of you are in agreement in terms of hiring Singletary.  Over the last month, you've approved of Singletary at rates of 96%, 98%, 98% and 99%.  Not too shabby I'd say.  Nothing can be finalized until after the season ends, but let's hope Jed York and company take care of business as soon as possible.  Given Singletary's success and the potential firings out there, why let it possibly slide through your fingers?  I'd guess that Singletary wouldn't try to hold the franchise hostage, but why risk any possible problems?  Handle your business and handle it quickly.

So, with that in mind, I hope everybody enjoys the holidays.  If you get a great 49ers gift let us know and try and post a photo of it if you can.  Happy Holidays everybody.