Fooch's Note: Smileyman will be continuing this series of posts in the coming weeks.  For now, we're going to bump this one up to the top for people who missed it the first time.  We'll do the same with his second post later in the week.

Some time ago in one of the conversations someone thought how cool it would be to do a "Where are they now?" type of post for some of the former greats (and not-so-greats) of Niner past. After kicking the idea around I've decided to take up on that and get it done. Obviously there have been a huge number of Niner players through the years, so it's tough to know where to begin. For simplicity's sake I'll start with the all-time Niners offense (as voted by you, the loyal readers of Ninersnation), move on to the all-time Niners defense, and then examine the starting players of each of our Super Bowl rings. If you have any suggestions along the way, please feel free to jump in and let me know.

Now, on to the best of the best.

Joe Montana (1st String QB). We all know about Joe Montana's legendary career with the Niners. What is he doing now? He's happily married to Jennifer Wallace (they met on the set of a Schick commercial). He has four children Alexandra Whitney, Elizabeth Jean, Nathaniel Joseph, and Nicholas Alexander. Both of his sons play quarterback as well. Nate was a walk on at Notre Dame before transferring to Pasadena City College in 2009. Nick plays for Oak Christian High School and is considered a top pick (and has verbally committed to play for the University of Washington).

Joe doesn't have a lot going on in the business world, but he does raise horses (and competes in cutting events).

Here's a nice article from 2004 by Slate magazine regular Robert Weintraub about his attitude towards competing with horses. 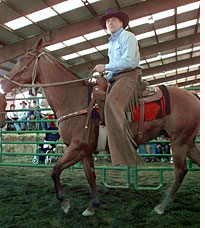 Out of high school Steve Young was heavily recruited by North Carolina who wanted him to run the option but eventually decided on Brigham Young University. He struggled at first and almost got moved to tight end. He managed to figure it out though and by his senior year was setting all sorts of NCAA records. He was picked up by the USFL and played for them for two seasons. He was then acquired by Tampa Bay before being traded to the Niners.

Speaking of the USFL, Steve Young is still getting paid for his stint with the Los Angeles Express. His contract was for 10 years, $40 million, at that time the largest single sports contract ever written. To help out the team Young agreed to let them purchase an annuity (which would cost the Express far less than $40 million), and it's paying him out $1 million a year and will for another 15. Pretty smart move by Steve Young I'd say.

While playing football (and afterwards) Young continued to take classes from BYU, eventually earning his law degree from J. Reuben Clark law school. He's served on the board of a handful of companies, but now focuses on his analyst gig with ESPN (pre and post game Monday Night Football). He also runs the charity Forever Young, which "focuses on passing on hope and resources for the development, strength, and education of children. The Foundation serves children facing significant physical, emotional, and financial challenges by providing them with academic, athletic and therapeutic  opportunities currently unavailable to them."

For some fun, here are two great throws from each QB

The Catch I (Montana to Clark)

The Catch II (Young to T.O)

Edit:  Updating this a little and reposting since I'll be renewing the series now that we're out of the playoffs.