Share All sharing options for: Mining Your Way to Fantasy Gold - Kiss the Rings Edition (Week 10)

It's game day, and I'm taking a different approach to my regular fantasy article this week.  Aside from the fact I did horribly last week in recommending my sit/start suggestions (although if you benched Colston you're welcome), no one really chirped me about it so I figure I don't have to remind anyone about it (in detail at least).  I'm going to take a deeper look into the San Francisco 49ers fantasy impact for this game against the Chicago Bears, as well as having my regular sit/start forecasts (on Saturday).  This time I'll try to be accurate, so let's see how our boys stack up against Da Bears.

After the jump, see how many rings Vernon Davis, Michael Crabtree, Alex Smith and the San Francisco Team DEF...

Vernon Davis - Chicago Pass Defense: 12th in the NFL, 206.5 (187.7 last 3, 256 last week vs. Arizona).  Chicago allows an average of 202.8 pypg on the road, and 2 TDs per game to opponents (2.2 on the road).  On paper, it looks like a pretty solid match-up for VD tonight, but the Bears have been pretty good at limiting TE yardage production.  Chicago has only allowed two TEs to top the 50-yard mark (Will Heller - DET, Tony Gonzalez - ATL).  Where the Bears have struggled is defending TEs in the red zone, yeilding 6 TDs to TEs on the season, including 2 last week against the Cardinals.  Davis had 10 catches for 102 yards last week against the Titans, but was held out of the end zone; on the season he's tied for the NFL lead with 7 TDs.  I think he'll do just fine tonight, seeing as the Bears Defense is 31st in the league in Red Zone defense, allowing opponents to score 74.1% of the time.  Forecast vs. Chicago: 6 receptions, 65 yards, 1 TD (4 Rings)

Michael Crabtree - You saw the Chicago pass defense ratings already, so you know Crabtree stands a chance at catching a TD and getting a decent amount of yards.  The 10th overall draft pick really let me down against the Titans, so I'm going to temper my expectations for tonight.  I don't expect Jason Hill to put up 2 TDs a game, or the team to ignore Crabtree in the end zone.  The Bears have allowed 5 WRs to have 100-yard games against on the season; all five of those performances came from the oppositions #1 WR.  While I don't think Crabtree will score, I do think he has a chance to do some damage and get some decent receiving totals.  Forecast vs. Chicago: 5 receptions, 80 yards, 0 TDs (3 Rings)

Alex Smith - Chicago is ranked 19th in the league, allowing QBs to complete 62.4% of their passes against the secondary (Warner completed 68.8% last week).  The Bears are also ranked 18th in the league with a sack percentage of 6.1%, while sacking the QB just 16 times total.  Another promising stat?  The Bears have allowed teams to complete 42.2% of third down opportunities, good news for a team that struggles with 3-and-outs.  Chicago has intercepted opposing QBs 8 times on the year, so it actually looks like Alex Smith stands a chance.  However, the Bears have yet to allow a 300-yard passer, so don't look for #11 to light up the Fantasy Scoreboard indefinitely.  Forecast vs. Chicago:  220 Pass Yards, 1 TD, 1 INT, 25 rush yards, 0 FL, 3 times sacked (3 Rings)

The Rest of the Squad

Despite his 2-TD performance against the Titans, I'm against people running out and grabbing Jason Hill off the waiver wire.  It's nice to see him produce and get playing time, but let's stay off the bandwagon for the time being.  If his performance continues this week, I say go ahead and snipe him off waivers in the deep leagues.  I would then say go ahead and question why he's been stuffed on the bench up until now.  If you're in a league with IDP (Individual Defensive Players), I think you may want to look at adding Tarell Brown and giving him a go against Cutler.  The Bears QB has thrown 10 of his 12 INTs on the road, and while I don't see the 49ers picking him off a bunch, I see Brown getting the lone INT tonight.  And for the record, 49ers 23, Bears 20.

Note: All Team Based-Stats are courtesy of TeamRankings.  All other stats provided by Yahoo!.

Special Note:  This post was brought to you by the fine people at S-Mart.  Shop Smat, Shop S-mart.  Right now if you buy one chainsaw, you'll receive a boomstick at half-price and a free necronomicon decoder. 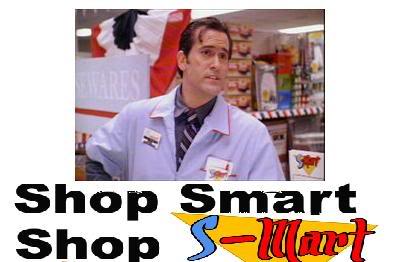 Fooch, I hope you don't mind me taking sponsorship without your permission.  Hail to the Rings, baby.