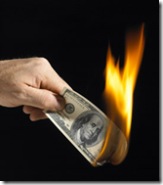 Well, once again it's that time of the year for team owners to start throwing around money like the drunken billionaires that they are.  The last two seasons have seen the 49ers make big splashes in free agency, but they've indicated they'll be a little more slow going this season.  That certainly makes sense given the somewhat underwhelming nature of this free agent class.

For now we'll use this as the open thread for free agency news and discussion.  If the Albert Haynesworth/Redskins deal goes down, please link to it in hear (if I haven't already) and do not create a new FanPost for it.  After Justin Smiley's signing at the very beginning of free agency last season, I'm curious if teams wait a little longer to announce signings.

In the meantime, we've got plenty of resources for 49ers fans here at Niners Nation.  Florida Danny has put togehter some great statistical reviews at various areas of need for the 49ers: pass rush, fullback, offensive tackle, and quarterback.  I'm scheduling this post so by the time it goes up, he'll likely have written his post on free safeties.

And of course, for your general amusement, I put together my predictions for this free agency period, all of which could be entirely wrong.  I predicted they'd sign Moran Norris, Igor Olshansky, and James Sanders and give extensions to Parys Haralson, Takeo Spikes, and David Baas.  I forgot to include Allen Rossum, but I think they bring him back as well.

So, if you see free agent news tonight and into tomorrow morning, until you see otherwise, post it in here.  Barring a 49ers free agent signing, I'll be moving this back to the top of the page after the Golden Nuggets go up.

Also, SB Nation will be tracking all free agency movement at the spreadsheet I've pointed out before.  When you click on that link, you can click on different individual positions at the bottom of the screen.

In the meantime, all of our SB Nation football sites will be keeping up to date on free agency action.