I realize this topic has gotten pretty exhausting for people.  Most people figure Kurt Warner is heading back to Arizona.  It's the perfect situation for him and they're offering a nice chunk of change.  Matt Maiocco did come up with some solid reasons why it could work out for the 49ers.  After all, if the Cardinals don't want to pay him the $23M he's now asking for, can he back down?  Is he at a point of no return?

Whatever the case may be, his agent says the decision will come down today.  Of course he also said :

"We've talked, we've been talking straight," Bartelstein said. "We know where we are with that. They've been great. I think he (Warner) will make a decision today and try to bring this to an end."

I think that moves it down to 50/50 that we get a decision today.  However, I figured we might as well have a thread going just in case it comes down.  If he does actually choose the 49ers, there will definitely be a new post for that.  If not, that's life.

More to come as the day goes on... 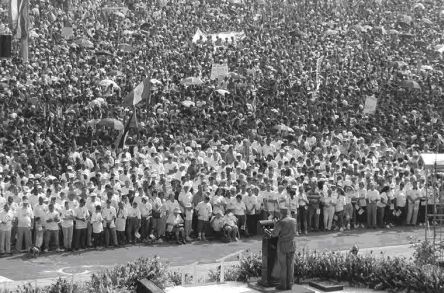