Share All sharing options for: With the 219th pick of the NFL Draft, the San Francisco 49ers select Curtis Taylor, S, LSU 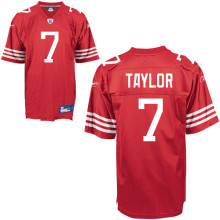 With their first pick of the 7th round, the 49ers go with a safety, Curtis Taylor out of LSU.  He was ranked 14th among all safeties at Scouts Inc.  The folks at Draft Countdown had the following scouting report:

Weaknesses: Not overly smooth or fluid...Is too aggressive at times...Needs to be more tough and physical...Isn't very strong...Should be better against the run than he is...Will miss some  tackles...Poor hands and ball skills.

NFL Draft Scout (via CBS Sportsline) has a scouting report and ranks Taylor as the #10 free safety:

Positives: Long, chiseled frame. … Prototype size for the position -- rangy and athletic. … Reads the field well and reacts quickly to the action. … Good straight-line speed and range in coverage. … Has natural hands for the interception and times his leaps well to pluck the ball at its highest point. … Competitive. … Has long arms and strength to wrap up tacklers. … Flashes explosive hitting ability.

Negatives: Can be too aggressive and can be tricked by effective play-action. … Takes poor angles in run support and when attacking receivers in the open field. … Is not a physical intimidator. … Will go for the hit instead of the secure tackle or interception. … Tight in the hips and is best when coming straight into the action. … Lacks the change-of-direction agility to handle running backs or receivers one-on-one in the open field.

I couldn't come up with any YouTube video.  For now, I'll have to do some more research but I'd imagine he's a guy who will compete with Dashon Goldson and Mark Roman (and I suppose Jimmy Williams as well).  Obviously plenty more to come on the newest 49er.