Caption This: What is Scott McKillop Thinking?

Share All sharing options for: Caption This: What is Scott McKillop Thinking?

Hey guys. I'm having some trouble finisihing off my next rookie profile on RJF, so in the meantime I thought we should turn to another new Niner, Scott McKillop, ILB from Pittsburgh. The last caption contest we had took off, and the final votes are in! As of 9:02 AM EDT, with 32% of the votes, sundaysfinest is victorious! Congrats on the original caption that was amusing, and took a stab at the Oakland Raiders at the same time!

Now, I got a new one here for you, maybe a bit more challenging. Again, come up with the best caption for this photo that you can think of. If you see a caption you like, Reccomend it by clicking Actions, then Rec. The comments with the most Rec's will make the final voting round. For the winner: Internet Kudos; and what kind of Kudos could be better than internet Kudos hmmm?

So here you go Nation: What is Scott McKillop thinking? 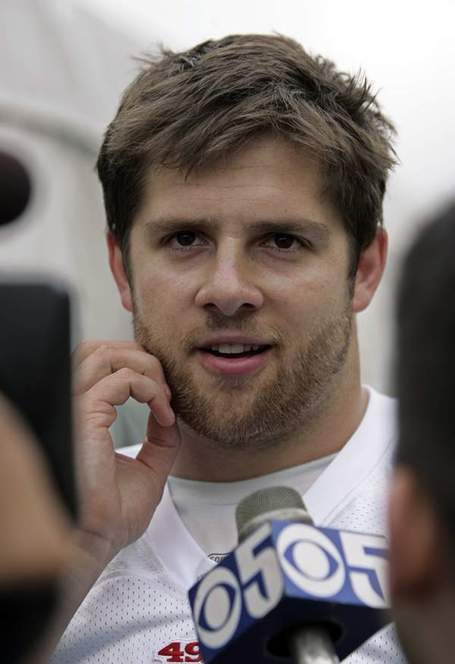