Battle of the Beasts: VD vs. Bear

Share All sharing options for: Battle of the Beasts: VD vs. Bear

If you are a casual reader of this site, you know I have some kind of unhealthy obsession with our new rookie TE: Bear Pascoe. I believe he is the kind of wrinkle that can transform this team into a legitimate threat in the Red Zone; we have so many short yardage weapons. He has a great work ethic, has shown flashes of greatnessin mini-camps and OTAs, and has the body a TE should have in the NFL today. He was brought in to block (I think) but has the talent to be a good receiving option, especially in short yardage situations. However, I can't forget/overlook the most recent beast the San-Franchise has drafted at the TE position - the one and only Vernon Davis. 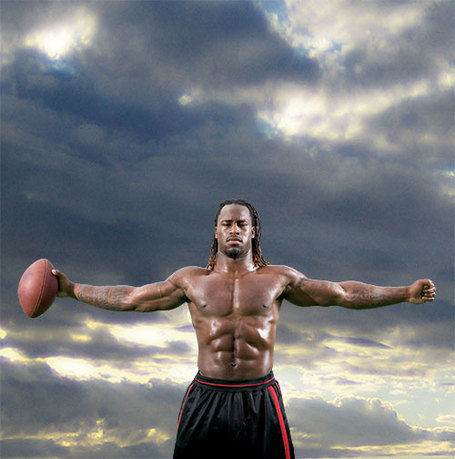 VD has been our man at the TE position, mostly because of fantastic plays in college and because he is an athletic FREAK - Strength, Size, and to quote his player page here at SB Nation,

Runs like the wind and appears to be sculpted out of marble.

During games we see flashes of this greatness (and these flashes have been showing up more and more often as the seasons go by); but we also get the VD from time to time that misses catches, seems afraid to get hit, grows alligator arms, etc. Right now, I see VD as a Tyrannosaurus Rex; incredible strength, massive body, tiny tiny arms, distracted by bright lights. 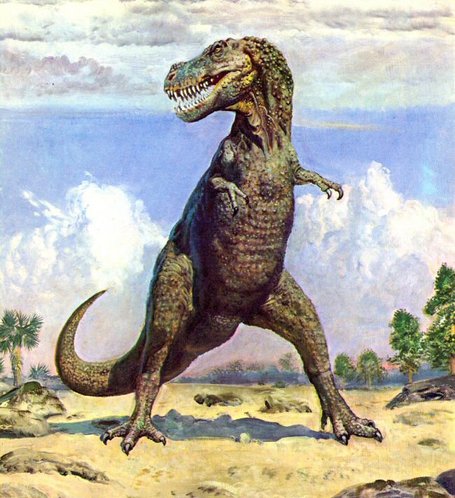 The situation that has come to mind, at least in my mind, is the possibility of a full-on TE competition. We have our QB competition in the works (see the Golden Nuggets below), but I see this one as just as exciting. Bear has the talent, the drive, the body and the fan following (however important/unimportant that is) to make a quick, positive impact on the team. However, he is a rookie, and the percentage of rookie players that make an immediate positiveimpact on the team is minuscule, at best.

VD has the skill and strength to make himself an elite TE in this league (see: VD chasing down defenders after a Shaun Hill interception - don't make me remember the specific game; I can't), but his history of time-to-time unclutchness (is that a word?) has held him back from the upper level of TE talent. We can most likely expect one or both of these TE's to excel this season because of Jimmy Raye-of-sunshine's history of developing TE talent (see: Tony Gonzalez - possibly the best TE to ever play the game), but if it was going to be one, which one?

So the question I pose to you Nation: This season, who will have a bigger positive impact on the team; Bear Pascoe or Vernon Davis?