Caption This: The Catch - Voting Round

Share All sharing options for: Caption This: The Catch - Voting Round

Alright, you know the deal. Except this time, it's a big deal. A big [site decorum]ing deal. Vote on the best caption possible from the choices below for, arguably, the greatest picture in San Francisco 49ers history.

As a side note... One caption that got a lot of Rec's was howtheyscored's suggestion;

This is a unique caption, and gets a one-time exemption. The picture itself is a caption, so if you vote for this one, you are voting for the whole picture as the caption, not just "TOUCHDOWN! DWIGHT CLARK". Why did I do this? Because Tecmo Super Bowl rules, hands down.

So, without further delay... CAPTION THIS!!! 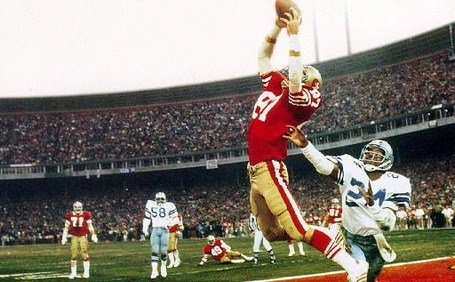