Caption This: Hill and Sing Voting

Share All sharing options for: Caption This: Hill and Sing Voting 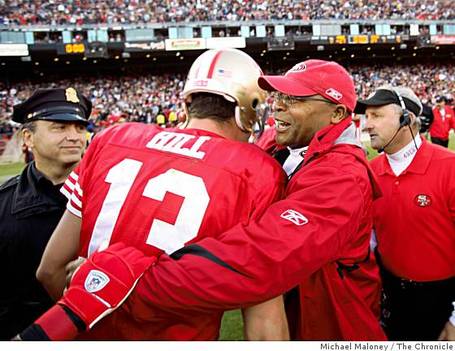 Alright folks, I'm in a bit of a rush, so I'm going to keep this short-and-sweet. You know the deal by now; vote on the best caption for the photo above. The winning caption gets to be immortalized in internet glory in the up coming "Caption This Almanac 2009", where we give "The Catch" picture a 95% chance of being awesome, and Scott McKillop's picture a 45% chance of being "ID for Used Honda Dealership" in 2016.