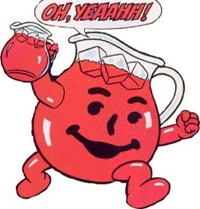 My original plan was to use this preview as my contribution to the final portion of our divisional round-table discussions previewing 2009. Unfortunately that didn't quite work out, but it works just as well as a stand alone piece wrapping up that discussion on our own.

We’ve already gone through every positional unit and what we’re expecting (or hoping for) in 2009. So, instead of reviewing the entire offense and entire defense again, I thought I’d take a quick look at what would constitute a successful season for the 49ers. Then, I’ll take a look at an area on offense and an area on defense that each need to show improvement if the 49ers are going to be successful.

If the team went 8-8, that would certainly be an "improvement" over last year’s 7-9 campaign. At the same time, I think this team is capable of more and should put itself in the mindset of expecting better. 9-7 and a potential division title are things they could accomplish. Obviously neither is a guarantee, but I do think the talent is in place to take that step. And things don’t need to reach a best-case scenario for the team to go 9-7. They certainly have to show improvement, but not so much as to seem unrealistic. Feel free to disagree with that assessment.

Offensive Line
It’s not rocket science: While there are certainly numerous other factors, this offense will go as far as the offense line takes it. Offensive Coordinator Jimmy Raye has stated he would like a run to pass ratio of 60/40. Very few teams reach this ratio, and those that do are usually making the playoffs. The 49ers have talent and potential depth (depending on how Coffee performs) at running back and they’ll certainly get yardage. However, if the running game is going to take a step back to something closer to Gore’s 2006 season (49ers single season record), it’s going to fall in large part on the offensive line returning to that kind of form. The 2006 offensive line was just beastly, thanks in part to Larry Allen’s final season of dominance. The line has struggled the last two seasons thanks in part to injuries, but more to general ineffectiveness.

I think the line can improve this season because of a hopeful general consistency across the board. The last two years saw Joe Staley starting as a rookie at right tackle and then moving to left tackle his second season. The right tackle position was a rotating door last season, which did not help the line gain chemistry necessary for the unit. This year, Adam Snyder (one of the OTs revolving through) finally spent an entire offseason and preseason at the right tackle position. He’s struggled in the past but I think that could be attributed to being moved around between right tackle and left guard. Additionally the team added insurance in Tony Pashos (in the last few days), which I think could be huge for the line. A big key to all this is simply hoping that the 49ers can keep Staley-Baas-Heitmann-Rachal-Snyder in place the entire season. If they spend the whole season together on the line, I think that means the OL is improved. If that happens, I think the running game can become dominant.

As Jimmy Raye is relegating the passing game to almost an afterthought, I will too. The 49ers don’t need a dominant passing game, and probably should not expect one. Jimmy Raye said the road to victory lies on the shoulders of #21 (Frank Gore). However, almost any good rushing game needs some semblance of a decent passing game. Shaun Hill doesn’t need to drop bombs all day long, but he needs to be able to make the basic plays. Fortunately, this plays into this game. He’s not going to drop bombs on the defense, but he can certainly make enough plays (maybe just enough). One of the good AND bad things about Hill is his proclivity for checking down to his escape valve option. It’s good because he’s usually not going to hold onto the ball too long. It’s bad because he’ll give up on the potential big play a little too quickly. If he realizes he’s consistently getting more time in the pocket, maybe he’s willing to wait a few seconds longer for either the play to completely develop or the defense to have a breakdown.

After the jump we look at the defensive side of the ball and what's necessary to be successful...

Pass Rush
Over the course of the preseason, the 49ers starting defense managed 1 sack. For a team that has had concerns in the past about the pass rush, that is not encouraging. Pessimists (some might call them realists in this case) argue the pass rush has not been improved and will be the Achilles heel of the 2009 defense. Optimists argue the team has maintained a more vanilla defense seeing what players could do in one-on-one situations. That would seem to indicate the team could scheme and double team its way to more sacks.

I think it falls somewhere in the middle. The team will get sacks. They won’t have a dominating pass rush, but it will exist. Parys Haralson had a breakthrough 2009, leading the team in sacks. The question for 2009 is whether Manny Lawson can step up with more sacks of his own. Many folks call him a bust as a pass rusher, but he hasn’t exactly been given the best opportunity to rush the passer prior to this season. Nolan has been over thinking Lawson’s role since his rookie season, using him as a drop back defender more often than not. Throw in a lost sophomore campaign and I really do think Lawson can show some solid improvement this season.

Why is the pass rush so important to this particular defense? Well, that would be because of the lack of a true #1 lockdown cornerback. Nate Clements (2009 preseason struggles aside) is not a lockdown corner. He is still a very good cornerback (let the mockery begin), but he’s not a Champ Bailey or Deion Sanders type of cornerback. The 49ers have solid corners, but they need serious help from the pass rush, otherwise it will be a long day down the field.

I can’t really put a number on what would constitute improvement, but like obscenity, I’ll know it when I see it.

Conclusion
So there you have it. If the offensive line steps up and the pass rush improves from last season and the preseason, the 49ers will go 9-7 and win the division. Ok, maybe that’s a bit of an over-simplification. These two areas could show drastic improvement and the team still struggles. I don’t think that would happen, but there are just too many factors to be able to say with absolute confidence that this or that will happen.

Some folks think this will be a tremendously boring team. If they struggle they certainly could be boring. However, this could be a very fun team if things break the right way. On offense, while chicks may dig the long ball, a dominant rushing game that just brutalizes your opponent can be just as enjoyable to watch. When they can’t stop your running backs from averaging 5 yards a carry, well, it’s a thing to behold.

On defense, the secondary appears to be much more aggressive this year than in year’s past. If the pass rush can improve, the 49ers defense could turn into a turnover machine finally.

And if these improvements don’t occur (a distinct possibility), it could be a looooooooong season.