This one really baffles me... we go from the Fiesta Bowl to the Orange Bowl to the GMAC Bowl? Strange. Anyhow, I guess they felt they would throw a game in there with less hype to make the National Championship Game seem that much more exciting. This is all speculation of course, but you do have to admit that you're scratching your head at the placement of this one. I know I am.

With that, let's take a look at the teams; The Central Michigan Chippewas against the Troy Trojans. Even though I took a small stab at the placement, there are a few potential NFL prospects to watch in this one. The Chippewas finished 1st in the MAC- West with a (11-2, 8-0) record while the Trojans finished 1st in the Sun Belt with a (9-3, 8-0) record. This one seems to be lop-sided and Central Michigan seems to be favored this evening, but as we have seen in a few games throughout the Bowl Season, you don't under estimate the underdog.

Below we will take a look at some of the key players, stats, and information regarding the game. 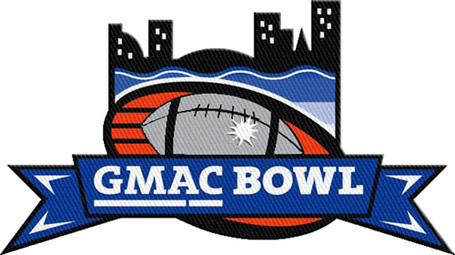 Key players to watch for the Trojans:

Key players to watch for the Chippewas: