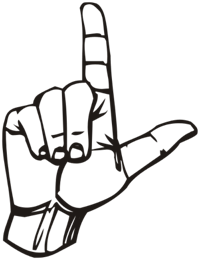 Last week as the 49ers were putting a bow on loss #5, I sent out an email venting a little bit to the SB Nation football google group. We've all emailed back and forth enough that when somebody wants to vent a little bit on a subject related to their site, everyone else is generally amenable to it. After emailing my annoyance with the 49ers (and threats of fire bombing Niners Nation in response to the loss), I received a variety of responses. Our Titans blogger brought up their weak start last year, while some winning teams talked about the cycle of winning and losing.

However, the fine folks at Buffalo Rumblings (Bills) and Cat Scratch Reader (Panthers) would have none of that. Given their own winless records, they both were quick to call me on my complaining. It was during this discussion that we had an idea. Why not put together a summit of the three remaining winless teams? The Bills and Panthers both are on byes this week so they won't be getting off the schnide this week. Given that the 49ers are playing the Raiders and have a shot at winning, now seemed as good a time as any to look at the three remaining winless teams in the league. More importantly, we wanted to look at why we each think we're the worst team.

In the year after I graduated from college I worked for a minor league baseball team. At one point in the season (around July I think) we had the worst record in all of organized baseball. At that point I realized, if you're not going to be one of the better teams around, you might as well be the worst. And when I say worst, I mean epically worst. Why be mediocre when you can go down in history? That team I worked for finished up in last place but not exactly epically bad, and the remainder of the season was thus rather boring. Had we continued our incredibly awful run, who knows what might have happened!

So, in chatting with my fellow winless site managers, we decided that this summit would look at why we're so awful and why we each think we're the worst. In looking at the Bills and Panthers I can sense I might have to exaggerate a little bit, but I have faith that the winless 49ers can compete with the worst of them!

After the jump I'll break down five of the categories where the 49ers truly are in trouble. Normally I'm a fairly optimistic person, but why not look at the bleak side of things for once? We've also attached a shared poll for you to vote on who is the worst of the three winless teams. People on all three sites will be voting so it'll be interesting to see which team pulls away with this prestigious honor.

Fooch's Note: Head on over to Cat Scratch Reader and Buffalo Rumblings to check out their takes on why the Panthers and Bills are the worst teams in the NFL.

Future at QB
How much do I really need to say here? Well aside from Alex [site decorum] Smith. All three teams have question marks at quarterback, but I'd suspect the 49ers can argue they're in the worst situation. The Panthers started the season with Matt Moore before quickly switching to rookie Jimmy Clausen. While Clausen's numbers are pretty abysmal, he's also a rookie looking to grow into the job. Over in Buffalo they're been trying to figure out Ryan Fitzpatrick who can match our boy Alex Smith in the brains department (thanks to that Harvard degree), and actually has put up some very solid numbers in three starts (I'll conveniently ignore the losses).

On the other hand, Smith is on year six (I'll conveniently ignore the injuries) and actually convinced a stadium crowd to start chanting "We Want Carr! We Want Carr!" If that's not a sign of how bad things are, I don't know what is.

Stomach-Churning LossesWhen I emailed my complaints about the 49ers, one of the responses pointed to the close losses the 49ers had suffered as reasons why I didn't have as much room to complain. I would say no sir (or to quote Al Bundy, "No Ma'am!"). I'd like to think we can consider a variety of ways in which a team can truly be considered "The Worst." At times the 49ers obviously don't play like the worst team in the NFL, but I would argue that the butt-whuppins at the hands of Seattle and Kansas City combined with the excruciatingly close losses to New Orleans, Atlanta, and Philadelphia are sufficient to qualify the 49ers as the worst team.

When a team goes into a game expecting a beat-down, while the team may suck, at least the fan base isn't getting its hopes up too high. They'll hope for an upset, but the end result shouldn't shock them when they lose. For 49ers fans, even when the odds were long (NO and ATL), there some small confidence and the team did enough to draw in anybody questioning the team. And then they proceeded to kick us all in the collective junk. I say that makes their losses all the worse!

Coaching DysfunctionThis is a tough one because of one question I have: How in the name of all that is holy did Chan Gailey get the Bills head coaching job? I know people have their complaints about Mike Singletary, but Chan Gailey? Really?! I realize I'm supposed to be fighting for why the 49ers are the worst, but I can't get past Chan Gailey, Buffalo Bills Head Coach.

Front Office DysfunctionThe only thing I know about the other two front office's was based on the FanPost by Forttyner4life in which he declared that the Yorks should make some kind of grand apology for the 49ers struggles. Moving past that, we're talking about the Yorks. The arguments have been made over and over again. They don't know anything about football. They've got huge egos. Take your pick and I can't see Bills or Panthers ownership really having any sort of shot in this fight.

If it wasn't for Chan Gailey, this 49ers anti-bandwagon would be a runaway train. Nonetheless I think the 49ers can truly contend for title of worst team in the NFL. I'm sure I missed plenty of other reasons, so feel free to