College football season is quickly coming to a close which means NCAA Bowl season is officially upon us. The first 3 of 35 bowl games kicks off today with the New Mexico Bowl, uDrove Humanitarian Bowl, and R+L Carriers New Orleans Bowl. The sponsors just seem to get better and better every year. Over the next three or so weeks, we'll have open threads for each day's bowl games. Aside from just getting a chance to talk college football, the bowl games provide an opportunity to view numerous draft eligible players. While not every draftee will participate in a bowl game, a large number will, so it makes sense to look them over now in their final competitive games of the year.

I'm not quite the draft guru, but I'll do my best to provide some background on each game and prospects to watch. 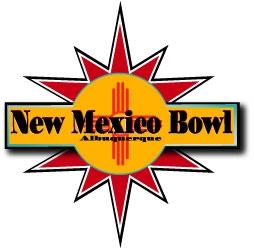 Preview: BYU is leaving the Mountain West and going independent starting next year. In order to facilitate that move with bowl games they've agreed to terms with the 2012 Poinsettia Bowl in San Diego and the 2013 Kraft Fight Hunger Bowl in San Francisco. This year was a tough one for the Cougars as they dropped four straight at one point before winning four straight to secure bowl eligibility. UTEP won five of their first six before stumbling down the stretch, losing five of their last six.

BYU is taking part in the postseason for the sixth consecutive year but they are 10-17-1 dating back to their 1974loss to Oklahoma State in the Fiesta Bowl. A year ago the Cougars defeated Oregon State 44-20 in the Las Vegas Bowl. UTEP is in a bowl game for the first time since the 2005 GMAC Bowl where they lost 45-13 loss to Toledo. UTEP has lost four straight bowl games and hasn't won since beating Ole Miss in the 1967 Sun Bowl.

BYU RB J.J. Di Luigi - The junior running back leads the Cougars in rushing and receiving yards. I'm not sure if he's planning to go pro, but given his size I'd imagine he wouldn't get a ton of love. This is his first season as a starter so it probably would benefit him to return for his senior season. However, even if he doesn't go pro, he's probably the most interesting skill position player in today's game.

BYU OT Matt Reynolds - He's also a junior so it remains to be seen if he'll go pro after this season. Some view him as a better run blocker than pass blocker.

Preview: Fresno State returns to the Humanitarian Bowl for the third time in seven years and will look to notch their third win on the smurf turf in Boise. The Bulldogs finished 8-4 with arguably their best performance coming in a tough 35-34 to nationally ranked Nevada. Fresno State is playing in a bowl game for the fourth straight season and 24th time overall. Last season, the Bulldogs lost in double- overtime to Wyoming in the New Mexico Bowl, 35-28.

Northern Illinois finished the season 10-3 but is in transition as their head coach has left the program to take over at Minnesota, a school the huskies beat in September. Assistant coach Tom Matukewicz will be the head coach for this game and then Wisconsin defensive coordinator Dave Doeren will take over after his Badgers play TCU in the Rose Bowl. The Huskies ran the table in the regular season portion of the MAC but then lost to Miami (Ohio) in the conference championship game. NIU has lost their last three bowl appearances, including a 27-3 loss to South Florida in last year's International Bowl.

Preview: The Troy Trojans make their third straight bowl appearance and their third overall appearance in the New Orleans Bowl. Troy is 1-3 in bowl games with their lone win coming over Rice in the 2006 New Orleans Bowl. The Trojans have won the Sun Belt conference title outright or via a share for five straight seasons and has developed into a solid 1-A program since making the leap a little over a decade ago.

The Trojans face off against the Ohio Bobcats coached by former Nebraska coach Frank Solich. Ohio came up just short of winning their division in the MAC and will look to bounce back from a tough loss at Kent State. The Bobcats are in their third bowl game since 2007, losing last year's Little Caesar's Pizza Bowl to Marshall 21-17.