As we continue our lengthy discussions about everything related to the 49ers GM and head coach search, there is actually other pertinent info out there unrelated to the 49ers GM/coach search. Well, it is draft-related so maybe it's indirectly related. Either way, tonight we have the Champs Sports Bowl and the Insight Bowl. Drew K will have a second thread up for the Insight Bowl a little later. In the meantime, here's our Champs Sports Bowl open thread. There are some talented prospects up for discussion. I've got more after the jump so we don't push our GM/coach discussion posts too far down the front page. 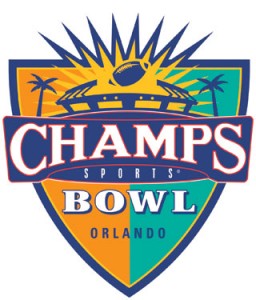 This game features a battle between the West Virginia Mountaineers and the NC State Wolf Pack. The Mountaineers lost out on the Big East tiebreaker with Connecticut and thus the accompanying BCS bowl bid. Instead the 9-3 Mountaineers head to Orlando to face an 8-4 Wolfpack team. NC State finished tied for first in the ACC Atlantic but lost the tiebreaker to Florida State and thus missed out on the ACC title game.

There is some quality talent playing in this game. Here is Mocking the Draft's quick list of some of the draft talent available tonight:

Noel Devine is probably the most well known player on the field tonight. His numbers suffered this season but he appears to retain some of the skills that could prove valuable at the next level. A quick google search would seem to indicate he could be a Darren Sproles type player (Source 1, Source 2).

For some more details on the draft prospects available (aside from the two links above), check out this post at Draft Ace.