Share All sharing options for: Football University: The Glossary

Hey everyone, it's me again. I'm starting a new series of posts which I've dubbed Football University (FU for short). It's going to be a look at various football terms, an explanation of different offensive and defensive schemes, some history thrown in, that sort of thing. Basically whatever I feel like talking about related to football stuff. I'll try and do them once a week, but there's no guarantee on that.

This first post is going to be a back to basics kind of thing. We're going to explain what a nickel defense is, what a SAM or TED linebacker does, that sort of thing.

Join me after the jump.

Slant--Receiver immediately starts running at an angle, either inside or outside 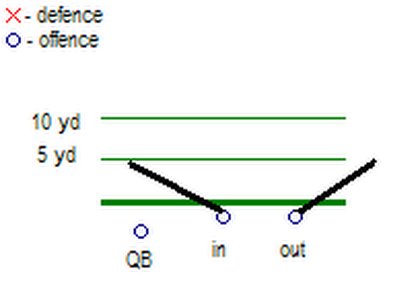 Fade--Receiver starts one way then cuts the other 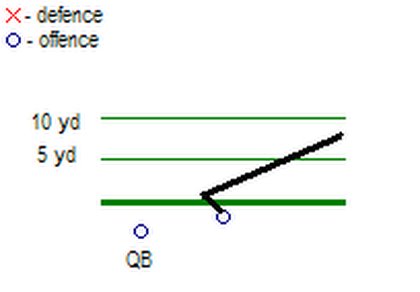 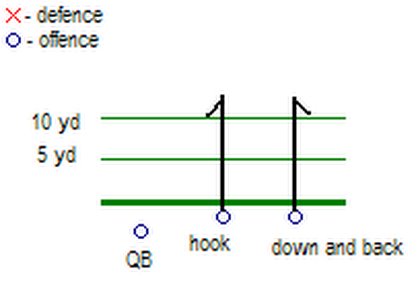 Curl--Receiver runs down field then turns towards the line of scrimmage. Like the hook only not so abrupt. 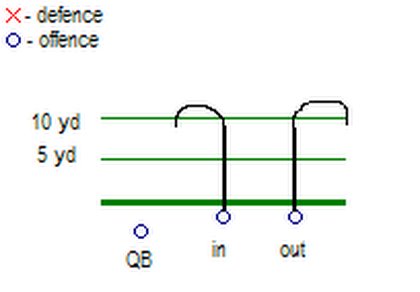 Post--Receiver runs downfield about 5 yards, gives a head/shoulder fake and then turns either in or out. 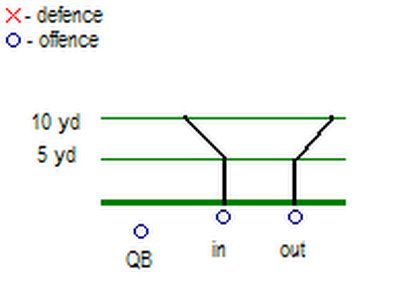 Post-corner--Like the post except after making the turn the receiver cuts back the other way. 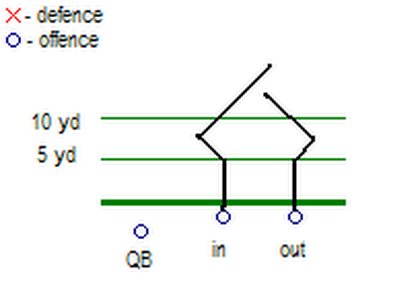 Chip Block--to hit a player from behind, usually at the knees. Illegal.

Cut block--to drop down in front of a player to try and trip them up. Legal

Trap block--Defensive lineman is allowed penetration and then hit from an unexpected angle. Usually involves the guard and tackle, though sometimes it involves two guards.

Zone blocking--offensive linemen block an area, rather than a specific person.

Strong side--the side of the line with more players. Normally where you have your TE lined up to help block. Normally on right-handed QBs it's the right side.

Gunner--special teams member who specializes in racing downfield. Usually the guys on the outside edges.

Slot--the gap between the WR and the Tackle (or TE). In 3 WR sets you'll have someone lined up in this space and he's called the slot receiver. Generally the #3 WR on a team, but can be a TE or a RB as well.

Flanker--Wide Receiver who is lined up 1 yard off the LOS. Is permitted to go in motion pre-snap

A gap--space between center and guard.

B gap--space between guard and tackle

C gap--space between the tackle and the TE

Gaps are used to assign runners holes to hit.

0 Technique--designates the spot where a defensive lineman is to line up in the gaps between offensive linemen. The numbering system is used for both DL and LBs and goes all the way up to 90

46 defense--4 down linemen, 3 linebackers, 4 defensive backs. Called the 46 because of the number worn by safety Doug Plank when Buddy Ryan introduced the system.

Cover 0--All pass defenders are in man coverage. Generally used if you have six men rushing.

Mike--middle linebacker in a 4-3 situation. Also the inside LB on the weak side in a 3-4 (Willis is the "Mike" LB)

Sam--In a 4-3 defense, the outside LB on strong side (based on the offensive formation)

Will--In a 4-3 defense, the outside LB on the weak side (based on the offensive formation)

Any other questions about terminology ask them in the comments and I'll try to find the answer.  If someone can design a logo for this series it'd be awesome.