Tonight we're going to be talking about perhaps the greatest football coach of all time, Vince Lombardi. The book is That First Season: How Vince Lombardi Took the Worst Team in the NFL and Set It on the Path to Glory, which is a big mouthful for a book but it's an entertaining read. 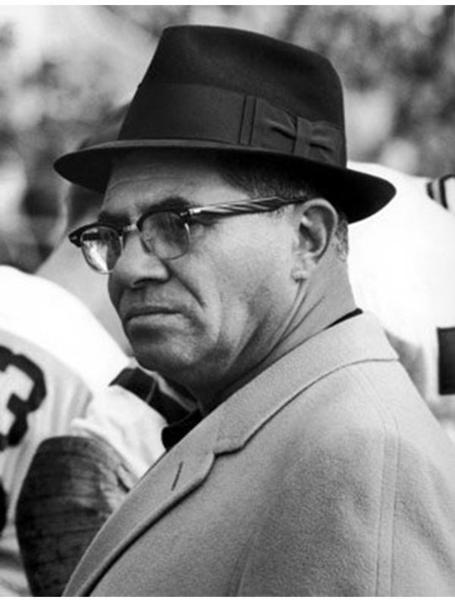 In 1958 the Green Bay Packers posted a 1-10-1 record, the absolute worst record in professional football that year. What's more most of the games weren't even close. They lost to the Colts 56-0, they lost to the 49ers 33-12, and again 48-21. Their one win was against the Eagles and they won by a field goal. All in all it was a pretty miserable season for a once proud franchise. This would lead to an epic decision that would forever alter the destiny of the Green Bay Packers.

The Green Bay Packers had always been different than other professional football teams. They played in a small market, far from big city attractions. The team was owned by it's fans--if you wanted to you could buy stock in the organization and have a say in how it was run.

The organization itself was set up with a board of directors like you would see in a business. They controlled the hiring and firing of coaches and general managers. After the disappointing 1958 season they decided that some house cleaning was in order. They fired head coach Ray "Scooter" McClean and started looking for a new head coach to replace him.

Green Bay didn't have much to offer a new coach. whomever they hired would be far from the limelight, would be dealing with players who didn't really care about winning games, and would be taking over an aging roster. The search for a new coach was not a straight line (is it ever) and meandered quite a bit before settling on Vince Lombardi

For a time it was rumored that previous head coach Curly Lambeau would come back to lead the team to victory. Forest Evashevski (who was one of the best coaches in the Big 10 at the time) was also a rumored candidate for the job. The Packers eventually narrowed the search down to two Giant assistant coaches. Tom Landry who was the defensive coach and Vince Lombardi who was the offensive assistant. Landry was only 34 and clearly a coach who was a star on the move. Lombardi was 45 and had been passed over already several times, but he had the endorsements of Paul Brown and George Halas and that sealed the deal.

He came to town and immediately started changing things. Players were expected to hold to a curfew--no more late night gambling sessions. Everyone was expected to show up to off season workouts which were brutal and had players dropping left and right. He brought in new talent through the draft and tracked down some veteran stars to try and build a competitive roster.

Even though the camp was brutal, Lombardi brought some welcome changes. No longer would the team travel 3rd class. They traveled first class, ate at the best restaurants and stayed at the best hotels. At the very first team meeting he told the team "I have never  "I have never been on a losing team gentlemen and I do not intend to start now!"

The results were dramatic. In the season opener they beat the Bears 9-6 and the new head coach was carried off the field. They went on to win their first three games (including the 49ers) but then struggled through the middle of the season losing 5 in a row. They finished off with wins against the Redskins, Lions, Rams, and 49ers again before finishing up with a 7-5 record, the first winning season in 11 years and the best record in 15 years.

That First Season is a fascinating look at Vince Lombardi's approach that year. It contains numerous news accounts, quotes from former players and personnel and wonderful descriptions of the games that year. One interresting thing that I didn't know--Bart Starr was 4th on the team depth chart and was almost cut by Lombardi before earning the starting job late in the season. Starr is one of the iconic players associated with the Packers and to think that Lombardi almost cut him. This book comes highly recommended by me. 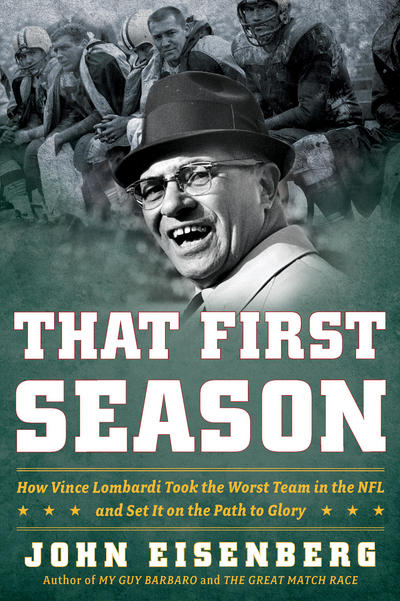