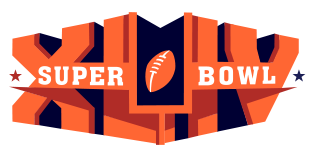 The season reaches its conclusion today as the Indianapolis Colts and the New Orleans Saints square off in Super Bowl XLIV. I certainly would have preferred to see the 49ers in this game, but at least we get the two best teams in the NFL doing battle for the Lombardi Trophy. The Colts currently sit at anywhere from 4.5 to 5 point favorites. Questions have arisen about Dwight Freeney's ankle, but I really can't imagine him not playing, barring a major setback.

Although folks can feel free to discuss this game at length here, if you get a moment, check out SBNation.com's NFL page where they've set up a massive game thread for discussion by members of all of SB Nation. I'm not sure how wild it will get in there, but if enough people show up, it would make for some great PR for the network.

I'm getting this thread up early so you can check out the wild array of coverage SB Nation has for you in regards to the Super Bowl (it's fitting on a day where we get 8 hour pre-game shows!). The most extensive coverage has been over at Stampede Blue. I know some of you have issues with BigBlueShoe, but the NFL has been kind enough to provide him with a credential all week long and he's put together some amazing coverage. Among other things he sat down with Peter King for half an hour and put together a nice two part interview post (parts 1 and 2).

With all that coverage in mind, in the end we're just here to enjoy some football. A lot of Super Bowls end up as uncompetitive matchups, but the last two have actually been exciting nail-biters. So let's hope for a third straight quality matchup between two very deserving teams.