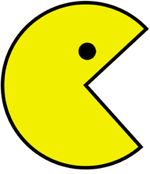 Adam "Pacman" Jones has scheduled a Pro Day type of workout for next Friday, March 19.  Due primarily to legal issues, but also some injury issues, Pacman Jones has appeared in 9 games since the end of the 2006 season.  He was suspended for the 2007 season due to a variety of infractions.  After being dealt by the Titans to the Cowboys, Jones was re-instated during the 2008 preseason.  In mid-October 2008 he was suspended for a hotel altercation with a bodyguard.  He made it back late in the season when he suffered what was thought to be a severe neck injury.  After the season, Jones was released by the Cowboys.  He was out of football last year, although at one point he was going to play in the CFL (it never worked out).

So why am I mentioning this?  Well, over the past day or two we've had some comments in posts and FanShots and pointing out that Jason La Canfora of the NFL Network has reported that the 49ers and Lions are two teams expected to attend Jones' workout next Friday.  Supposedly Mike Singletary (and Lions HC Jim Schwartz) will be on hand at this workout.  I put the reportedly in quotation marks because who really knows how legit the report is at this point.  We'll keep an eye out since the event is fast approaching.

From a strictly playing standpoint, there are two major factors to consider.  First, the fact that Jones has been out of the NFL for a majority of the last three years.  Character concerns aside, that's a lot of time.  He reportedly showed up out of shape to his tryout/workout/meeting with the Bengals so who knows how much he's really kept in shape.  The second factor is what he can bring to the table if he's actually in shape.  At one point he was actually a legit return man.  Throw in his previous corner abilities and that is a valuable asset for a team.  Of course, none of that matters if he's out of shape and lost a few steps.

However, I wanted to bring this up more because of the character stuff.  If you get bored, check out his wikipedia page and his Rotoworld previous news page.  It's amazing what he's gotten mixed up in over the last few years.  Since taking over, Mike Singletary has gotten a lot of praise for his handling of Vernon Davis and turning him into a more productive and mature member of the team.  That's all well and good, but there's a difference between Vernon Davis' level of immaturity, and Adam Jones' level of immaturity.  Davis hasn't been accused of trying to get people shot, attacking strippers, and a whole host of other ridiculous accusations.

Whereas Vernon Davis just needed a little guidance, Adam Jones needs a full-scale intervention.  I have little to no expectation that the 49ers will end up signing Jones.  Anything is possible, but I'm fairly certain his playing days are just about over (maybe a camp contract here or there).  However, on the off-chance that the 49ers were to roll the dice and give him a shot in training camp, this would definitely be the ultimate test of Mike Singletary as some kind of "savior" of troubled souls.  Could Mike Singletary help Jones turn his life around?  Even if you can't stand Jones, I think most people would like to gain some maturity and find a certain level of peace in his life.  Could Singletary be the guy to do this?

And for those bored on this Saturday morning (our live mock draft is coming at 11am pacific), this story was also a good enough excuse for me to post one of my favorite YouTube videos after the jump.  It's a re-enactment, by a live Pacman character, of Jones' actions in the Las Vegas strip club (I was actually at a different club in Las Vegas that night when this all went down).  It would definitely qualify as NSFW (Not Safe For Work - lots of language mostly, and a little bit of nudity I think), but when you get a chance, parts of this are very funny.