Where Are They Now Part 6: The Linebackers

Share All sharing options for: Where Are They Now Part 6: The Linebackers

Apparently the 49ers run a 4-4 defense. Last week we had 4 defensive linemen on the all-time list, this week we've got 4 linebackers. One LB was diagnosed with bipolar disorder, another did color commentary for an arena football team. We've got an assistant coach for the Seahawks in the mix and a 49er radio broadcaster. Join me after the jump to learn all about them. 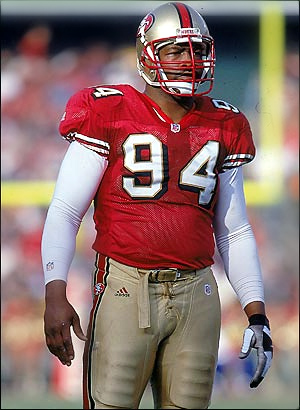 Haley was a 5th round draft choice out of James Madison University. He played for the 49ers from 1986 to 1991 and was traded to the Cowboys in the 1992 off season. He played for them until 1996 when injuries forced his retirment. He briefly resurfaced to help the 49ers in the 1998 play off season. He's the only player in NFL history to have 5 Super Bowl rings, but has yet to make it to the Pro Football Hall of Fame. I belive that his not being elected is a travesty and is based on his actions off the field when it shouldn't be.

2010 was the first year that he made it to the final ballot. I think his 100.5 sacks are worthy of induction to the Hall, as are his five rings. Haley was apparently famous (infamous) for his horrific temper both on and off the field.. He once threatened to kill Steve Young, and allegedly punched George Seifert, which led to his trade to the Cowboys.

After his football career he was diagnosed with bipolar disorder and is coming to grips with it and learning how to handle the mood swings. He has four children, Princess (a soccer player at Florida Southern), C.J. (a freshman DB at UTEP), Briana (who was diagnosed with acute lymphoblastic leukemia as a child but has been in remission for several years), and Madison.

Here is a great article that does an in depth interview of Haley after he went public with his bipolar disorder. 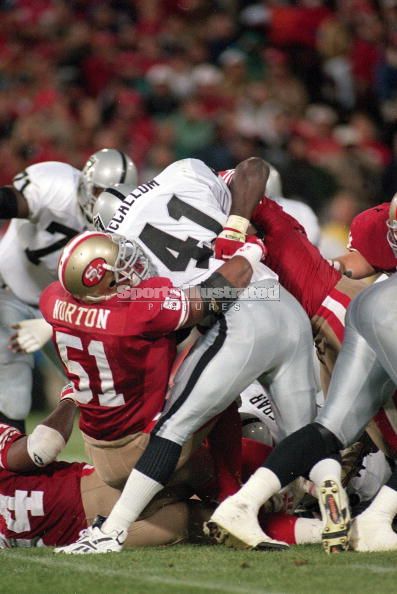 Ken Norton Jr joined the Niners in 1994, after being let go by the Cowboys due to salary cap issues. In doing so he became the first player to win three consecutive Super Bowls (two with the Cowboys and one with the 49ers). He hung up his cleats in 2000 after a 13 year career. Since his playing days he's done a bit of everything it seems. He worked briefly as a radio and tv commentator, coached football at Hamilton High School, and eventually joined the coaching staff at USC. He was promoted to be the Assistant Head Defensive Coach (from what I can tell it's essentially a defensive coordinator position) under Pete Carroll and will hold the same position with the Seahawks. 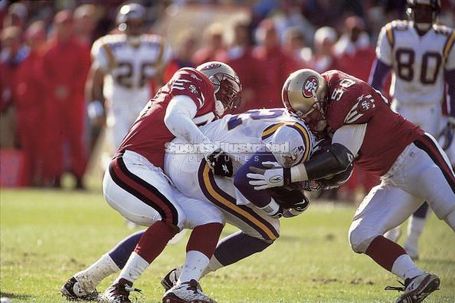 Plummer did not follow the usual path to glory. He was undrafted in the 1983 draft. As a result he signed up with the Oakland Invaders of the USFL. When the USFL folded 3 years later he was picked up by the Chargers and played with them until the advent of free agency when he was acquired by the 49ers. He would finish his career with the 49ers and retired in 1997. 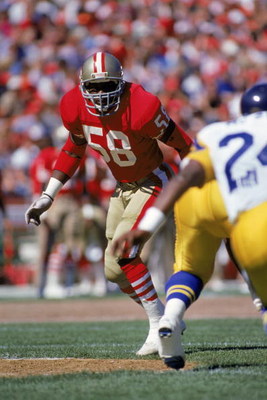 Turner is the oldest of the 49er LBs to make the all-Niner team. He was drafted by the Dolphins in the 2nd round of the 1980 drafted and then traded to the 49ers the same day. He would spend his entire 11 year career with the 49ers and would retire with 4 Super Bowl rings.

He is now employed as the President of Football Affairs for the 49ers. I'm not exactly what that does but in the press announcement this is what Jed York had to say about the position will be in charge of all programs related to player well-being and success including counseling, faith-based and player-development programs."

After leaving football Turner worked briefly as an assistant coach for Bill Walsh at Stanford. When he was done with that he started his broadcasting career, spending 13 years as a pre-season commentator for the 49ers and the radio and TV color analyst for the San Jose Saber Cats for 14 seasons.

In 2000 he and Ronnie Lott opened a Toyota dealership in Tracy California. Turner is the general manager of the dealership as well as part owner.

If you guys need your Toyota fixed take it to them 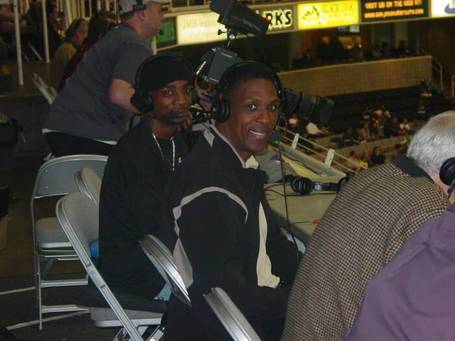