Where Are They Now?: The first round picks, part 1

Share All sharing options for: Where Are They Now?: The first round picks, part 1

I have to say that I'm ecstatic with how the draft went down, and in honor of that I thought I would focus this week's installment of "Where Are They Now?" on our first round selections. My initial thought was to do a listing of the last decade's worth of picks, but then I realized that half of them are still on the team so that wouldn't be any good. Ultimately I decided to go with our first round picks starting in 2005 and working backwards.

Mixed reviews for these picks. Two of them are still playing, two of them were out of the league in less than five years (one of them only started one game for the 49ers), and one was in the league for six years but didn't exactly have a productive career. 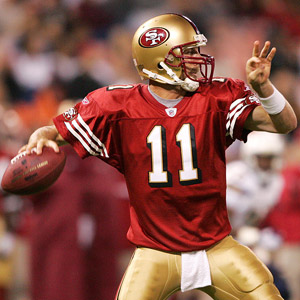 Smith is the starter and the guy for this year. After that, who knows. He'll have to prove himself this season to get a contract extension. Some things you may not know about Smith. He graduated from college in just over 2 years with a degree in economics. His GPA was 3.71. This while being a star QB and winning a bowl game (which he excelled in).

He was hurt in 2007 and the pain was so bad he had to sleep sitting upright. In April of 2008 his best friend killed himself. The death of his friend rocked him to the core, and then you add the injury and crap from Nolan on top of that and it's no wonder he struggled a bit. Smith also has a foundation that he set up to help kids who have gone through the foster system. The goal is to help them gain the tools they need to succeed in life.

This year was a fresh start for Smith. He was married in March, restructured his salary, and then won the starting job. Here's hoping he succeeds. 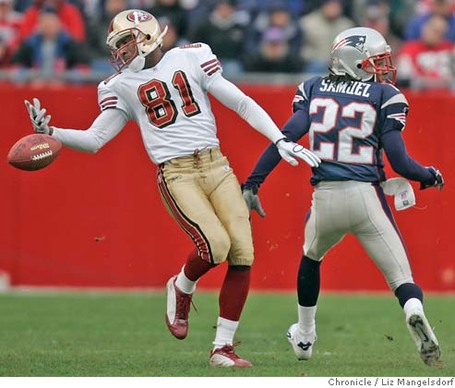 Granted he was the 31st overall pick, but you sure hope more from a 1st round pick than one solitary start. Woods blew up the Big 12, setting all sorts of records. His scouting reports said that he was probably the most polished of all the wide receivers coming out but that he lacked top speed and size to get separation.

However, that was in college where his talent made it easy for him. He got to the pros and he didn't want to work anymore. Coaches could try to teach him the skills he needed but they couldn't teach him the desire. When he chose the number 81, it started the T.O. curse.  Woods was cut following the 2005 season. He was briefly picked up by the Chargers before being cut and by the Broncos before being cut yet again.

Woods is now an offensive coordinator at Star Spencer High School in Star Spencer, Oklahoma. He's also trying to break into the pro fishing circuit. So far this season he's ranked 41st in the Bass Fishing League, with total lifetime earnings of $515. 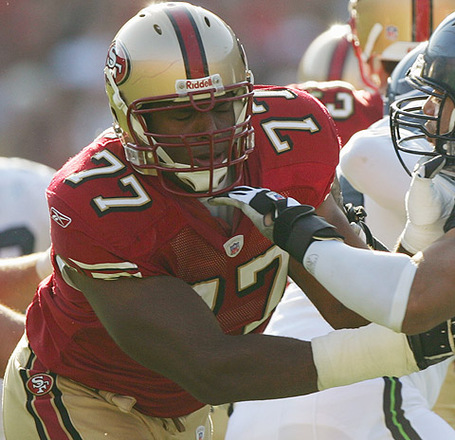 Kwame Harris had great scouting reports from college, though he was mostly a RT he was moved to LT in the pros. Harris had a decently long career in the pros, playing all five years of his rookie deal with the 49ers. When we waived him in 2007, the Raiders jumped on that bandwagon, picking him up for three years. They would end up cutting him in 2008, only one year into his contract.

He's now joining the CIA (that would be the Culinary Institute of America) and is apparently a very good chef. 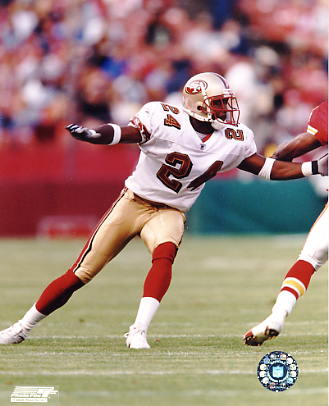 Rumph was not a standout in college. Solid, but not spectacular. In the pros he was started out at CB but due to a combination of poor coverage skills and great tackling skills he was moved to safety. He missed most of the 2004 and 2005 seasons due to injury and was traded to the Redskins in 2006, who then waived him. He was picked up by the Rams in 2007 but was waived before the beginning of the season.

After announcing his retirement he opened a pet store that he and his wife ran called "Le Chic Puppies" which they ran for a couple of years. He also has a training company that he calls "I Play Fast" that he runs. In addition to those enterprises he has a couple of sports camps a year that he works at.

Here's a great two part interview of Rumph done in Feb of this year. 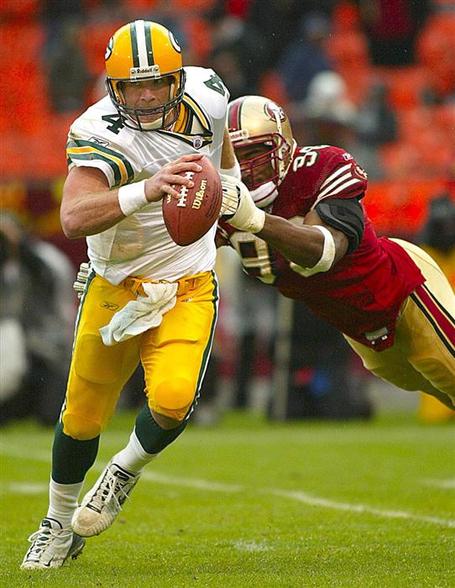 Nine years after being drafted Carter is still playing football at a high level. In 2006 the Redskins offered him a 7 year deal worth $32.5 million, so he jumped ship and headed across the country. He's been more effective in their 4-3 than the hybrid 3-4 we were running, and last year had 62 tackles and 11 sacks with 4 PD and 3 forced fumbles for good measure. Like Haynesworth he's not exactly happy about them moving to a 3-4 because he was not comfortable playing OLB.

From the SI Vault. A story done before Carter's rookie season