In 1990 Nelson Mandela was released from a South Africa prison after being in jail for 26 years. He is elected South Africa's president in 1994 and sets to work on the many problems facing the country (including rampant unemployment), but his biggest concern is, as he puts it "balancing black aspirations with white fears". One day he attends a match of the Springboks, the national rugby team, and sees black South Africans cheering against the team. For years the Springboks have been a symbol of racial injustice, and many in the new regime want to disband the team, but Mandela has other ideas. He sees the opportunity for sports to unite the country.

The 1995 Rugby World Cup will be hosted by South Africa. As the host nation they have an automatic berth into the cup, otherwise their poor performance would not even get them near sniffing distance. Mandela (played by Morgan Freeman) brings in François Pienaar (played by Matt Damon), the captain of the Springboks, and gives him a challenge--Win the World Cup.

Invictus tells the story of the remarkable title run of the Springboks. The title of the movie comes from one of Mandela's favorite poems by poet William Henley, and the movie itself is based on the book Playing the Enemy: Nelson Mandela and the Game that Made a Nation, which I also highly recommend.

Out of the night that covers me,
Black as the pit from pole to pole,
I thank whatever gods may be
For my unconquerable soul.

In the fell clutch of circumstance
I have not winced nor cried aloud.
Under the bludgeonings of chance
My head is bloody, but unbowed.

Beyond this place of wrath and tears
Looms but the Horror of the shade,
And yet the menace of the years
Finds and shall find me unafraid.

It matters not how strait the gate,
How charged with punishments the scroll,
I am the master of my fate:
I am the captain of my soul.

Morgan Freeman nails the character of Nelson Mandela. Damon is an unexpected choice for the role of Springboks champion but nevertheless he does a great job.

The climax of the movie comes when the Springboks make their way to the finals only to have to go against the New Zealand All Blacks, the best rugby team in the world (who had set a World Cup record earlier by scoring 145 points in a match).

The Springboks were seeded 9th going into the match and defeated Australia, Romania, Canada, Western Samoa, and France to advance to the finals. The match was a close one, but the Springboks won in overtime on a drop goal by Joel Stransky to secure the victory. The final score was 15-12. The All Blacks would later claim that they were all suffering from severe food poisoning before the match.

Here are some great pictures of the actual tournament. 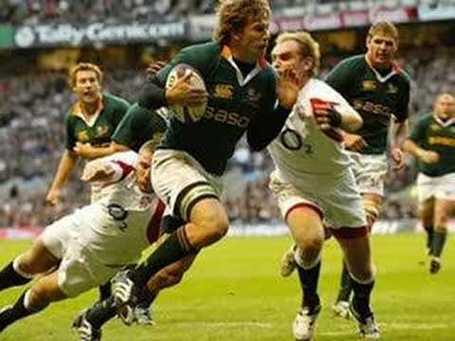 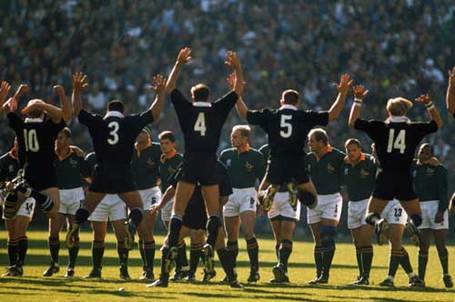 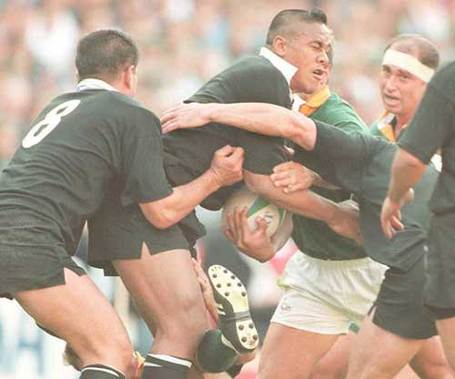 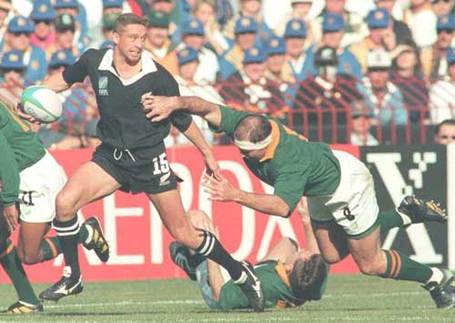 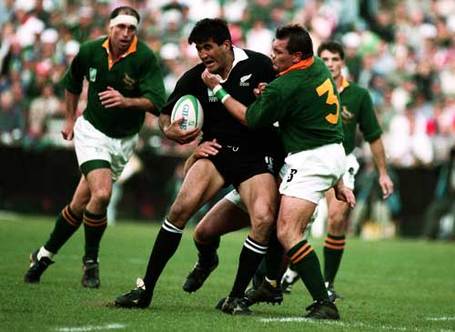 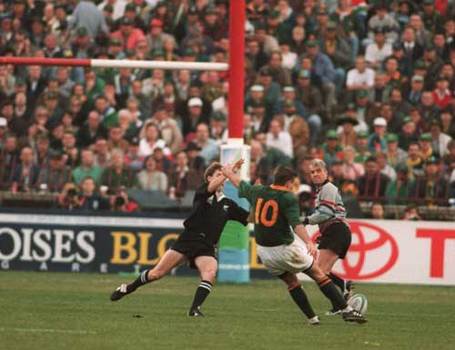 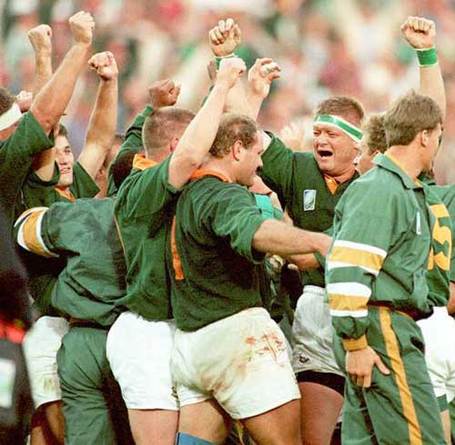 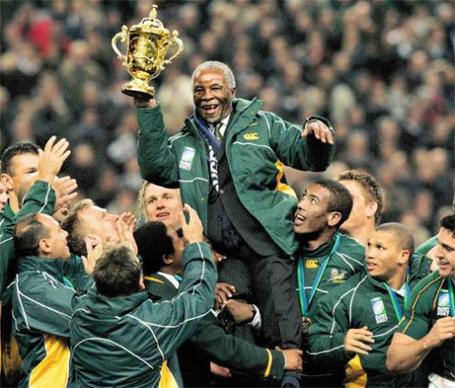 I've got to confess--I teared up at the end of the movie, but I'm a sucker for sports movies like this. After watching this I want to learn more about rugby since it's something I have no knowledge on. Any recommendations as to where to go to learn more?

On a completely unrelated note don't forget about our open thread tomorrow at 10am Pacific.