This is a rather interesting group of players We've got three major busts, one Hall of Famer, and two potential Hall of Famers. We've got one player who's father also had a long professional football career, and another who's father played football at the same school he did. Most unusually we have a group of players who each own a Super Bowl ring, and three players with multiple rings.

The list of players we're focusing on here are:

His dad played LB for 10 years in the NFL

He set an unusual NFL record

One of only a handful of father/son combos to play for the Volunteers. Eric Berry and his father are another.

Traded to the Raiders for a 2nd and a 4th.

May be the richest of these players

Only first round RB from Clemson until CJ Spiller

Traded to the Bills for their 1987 first round pick. The Bills would pick Will Wolford, a 3 time Pro Bowler 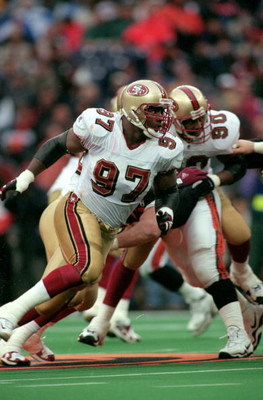 Ted Washington was the 25th overall pick in the 1991 draft and had a great career in the NFL. He played for 17 seasons, just barely retiring after a brief stint with the Browns (his dad also enjoyed a 10 year career in the NFL). Sadly only three of those seasons came with the 49ers, as he was traded to the Broncos.

He would play NT for the Bills for 6 seasons but was cut in 2000 due to salary cap reasons (he was asked to take a pay cut for the 2nd straight year, and understandably he declined to do so).  He spent three seasons with the Pats, and signed with the Raiders on a two year contract, starting all 32 games. He finished his career with a two year stint in Cleveland and was still performing at a good level when he was cut following the 2007 season.

Washington was highly touted coming into the 1991 draft. His senior year he notched 76 tackles, 7 sacks, and 3 blocked FG.

Washington has put all that money to good use. He's been nominated for the NFL's Man of the Year award 4 times. He's donated time and money to charities in every city he's played in, including food banks, various women's shelter's, the United Way, literacy, and multiple sclerosis.

He's also established a foundation that focuses on youth charity.

Washington Honored for his MS volunteer work--Washington takes part in the Buffalo areas "Sack MS" project which takes pledges for tackles and sacks and donates that money to the MS society.

Washington's Good Guy Image Takes A Hit--Lindsey McLean (former 49er trainer. His sexuality was an open secret in the organization) says that Washington made it a habit to harass him and demean him in the worst ways. (If this happened while Washington was with the Niners it was early in his career). 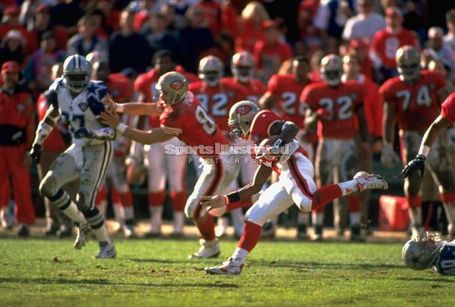 Dexter Carter is one of the bigger busts in 49er history. He was drafted at the end of the first round in the hopes of being a change of pace back. His college stats seemed to indicate that he would be perfect for this role, since he recorded 3,280 all purpose yards in his career. However he just didn't have the talent to succeed in the NFL. His first season in the NFL he coughed the ball up 8 times and managed another 25 fumbles during the remainder of his career for a total of 33. During his seven seasons in the NFL he ran for a total of 1042 yards. He was eventually made a return specialist where he did a pretty good job. His career included 138 punt returns for 1,358 yards and and 2 TDs (9.8 yards per punt return), and 250 kick returns for 5412 yards (21.68 yards per return) and 2 TDs.

Carter does hold an NFL record though--he's the only player to have had one touch and one yard gained in 17 regular season games in the same season. In 1995 he played for the Jets before their bye week, was cut and picked up by the Niners after their bye week. He was also a member of the 1995 Super Bowl team so has a ring that he can proudly wear.

Starting in 2007 Carter was the running back coach at his alma mater but was let go following the 2009 season. He says he plans on continuing to coach.

He has a MySpace page.

Carter also works for Elite Scouting Services, an outfit that holds combine-type events for high school athletes looking to go to college. He and Chris Weinke ran one in Tampa this year. 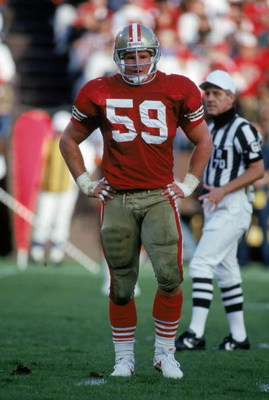 Another bust here by the 49ers (it's amazing how well we managed to do considering how badly we drafted). DeLong only played 5 seasons in the league (all of it with the 49ers), and during that time he managed 1 sack, 2 INTs, 0 FF and hardly in tackles. Not exactly awe-inspiring numbers for a first round pick. He does have a Super Bowl ring, but not much else.

After getting out of football he owned a construction company for 15 years, focusing on building new homes. Just recently he's switched his focus to a new business, that of cleaning and restoration.

He now owns a franchise of Rainbow International in Knoxville. 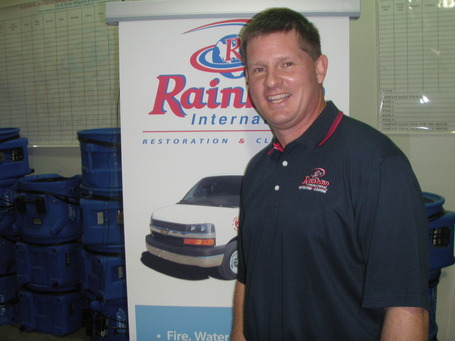 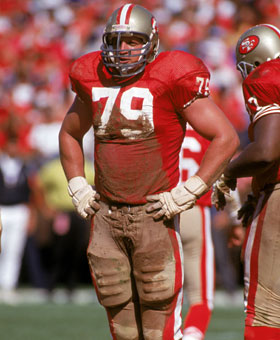 Barton has the distinction of being one of only 5 first round offensive line picks in the history of the 49ers. He was picked 22nd overall in the 1987 draft. He retired following the 1998 seasons, having spent his entire career with the 49ers. Since leaving the 49ers Barton has gotten involved in the business world, founding HRJ capital, a private equity firm. One of his partners is his former teammate Ronnie Lott. In his spare time he loves to scuba dive as well as golf. In 2007 he finished 3rd in the AT&T Pebble Beach National Pro-Am golf tournament. He also has a claim to fame as being the only person (so far as anyone knows) who was there in person when Hank Aaron broke the home run record and then when Barry Bonds broke it. 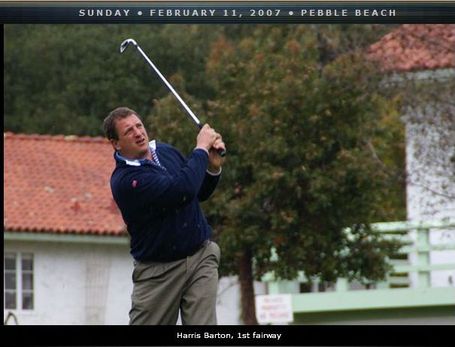 He recently joined the board of REDF which is a non-proft. Their goal is "to create jobs for those who are most disconnected from the workforce."

Member of the 10 year club.

Barton is also a manager of JMP Inc, which is a private equity firm and according to Forbes it's worth $150 million (or at least it's stock is)

Earlier this year he hosted an economic seminar with the National Investor Relations Institute. 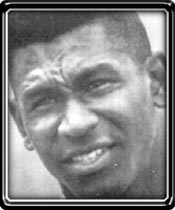 If it's possible Flager was an even bigger bust than Carter. He had a great college career. In 1986 he was voted first team All-American. He didn't have a huge total in yards that year, but he did finish the year third in yards per carry and holds several Clemson records, including all purpose yards in a game (274), regular season record for yards per game (106.9). He seemed like a good pick to back up Craig and maybe take over as primary running back. During his 5 year career he rushed for a total of 237 yards and added an 366 in receptions. In 1990 we traded him and Daniel Stubbs to the Cowboys for a 2nd and 3rd round pick. He was cut by the Cowboys before the 1990 season started and was picked up by the Cardinals and would spend two more years with them.

In 2000 he signed with the Arena Football 2 team the Jacksonville Tomcats and played with them until they folded in 2003.

His rookie year he was named by his agent has having taken money from him during school and then dumping him (the agent) before signing.

Now Flagler does security for the Ritz-Carlton on Ameilia Island 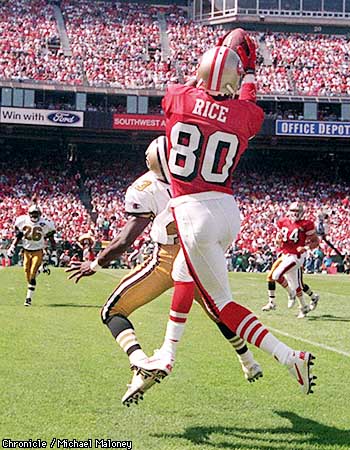 Rice smashed all sorts of college records but his slow 40 time (reportedly 4.71) had many scouts worried about him. Nonetheless there were two teams that wanted him in the draft, the Dallas Cowboys and the San Francisco 49ers. The 49ers had the last pick, the Cowboys had the #17 pick. The 49ers engineered a trade to move up to #16 and snatched Rice before the Cowboys could get him. Rice would go on to smash all sorts of records, becoming the best WR to ever play the game and some argue that he's the best player to ever play. Life after football has been pretty busy for him.

In 2010 Jerry Rice was selected to the NFL Hall of Fame in a class of just seven players (2 "senior" and 5 modern). He was a first round ballot choice as was Emmitt Smith.

In 2005 Rice competed on Dancing With the Stars, making it all the way to the finals before losing out to Drew Lachey. 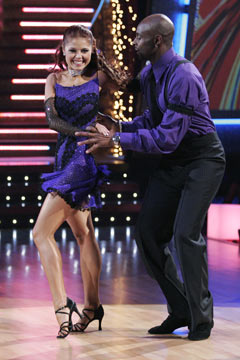 Rice has also made numerous guest appearances on tv shows including, Fox's Don't Forget the Lyrics; Spike TV's Joes vs Pros; CW's One Tree Hill; and The Biggest Loser. Rice has co-authored two books about his life. Rice and Go Long!: My Journey Beyond the Game and the Fame.  Rice currently lives in the San Francisco Bay Area. He has three children, Jaqui Bonet (b. June 7, 1987), Jerry Jr. (b. July 27, 1991), and Jada Symone (b. May 16, 1996). He is considering stepping into the broadcasting booth. Jerry Jr committed to UCLA and is planning on walking on to the football team there.

Rice has also made comments about wanting to help out the current crop of 49er receivers which would be incredibly awesome.