We're jumping a bunch of years here. Walsh and the 49er FO was very active in trading picks for veteran players during this time frame (which we saw illustrated in the last post). The 1982 and 1983 first round picks were both traded away and both were traded away for defensive linemen. The drafting itself wasn't too hot. We had one absolute miss, two meh players and a HOFer

First round pick was traded to the Chargers in a deal that got us Fred Dean--great choice I'd say.

Traded our first round pick to the Patriots for Russ Francis (plus a couple of other players). Francis was a six  year vet (and a very solid TE). He would play another six seasons with the 49ers before finishing up back in New England. Another good trade. 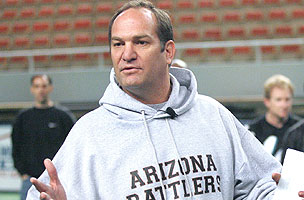 Shell was drafted out of BYU. He was a three year starter for BYU and missed out on a national championship by one year.  He had a very uneventful career in the NFL, only playing for four seasons and never starting at any games. During those four seasons he recorded a grand total of 8 sacks, half of them in1985. Shell played for four seasons in the NFL, retiring in 1987 after not being able to find a job as a free agent.

He bounced around from gig to gig but in 1992 he landed a job as defensive coordinator for the AFL team the Arizona Rattlers. In 1995 he was hired as the head coach of the San Jose Sabercats, leading them to a 29-25 record over four seasons, ending in 1998.

From 1998 to 2003 he worked with some Wall-Street investment firms before being lured back into coaching.

1981 was the draft where Walsh really took control and started turning the organization around. He focused on defense since the 49ers defense in 1980 was simply atrocious. Lott was a first round selection and made an immediate impact his rookie season. He and Eric Wright made one of the most fearsome defensive secondaries in the league. Lott started his career at left cornerback (Wright was the right cornerback), but in 1985 he switched to safety. After the 1985 season he had the tip of his left pinky finger amputated after it was crushed when he was tackling running back Timmy Newsome.

Lott retired in 1995. In 2000 he was elected to the Hall of Fame on his first ballot. He was also selected as a member of the NFL's 75th anniversary team

In 1989 Lott founded the All-Stars Helping Kids foundation. It's essentially a charitable equity firm. They collect donations from athletes and other organizations and then give grants to other worthy organizations.

By leveraging the power of sports and the commitment of individuals and businesses, All Stars is proving that we can impact more kids if we join forces. Collectively, we are leveling the playing field to give disadvantaged children in low-income communities a greater opportunity to realize their true potential.

He lives in Cupertino California with his wife Karen and his children Hailey, Isaiah, and Chloe. He manages a $2.4 billion private equity firm as well as owning a Toyota dealership and a Mercedes Benz dealership. 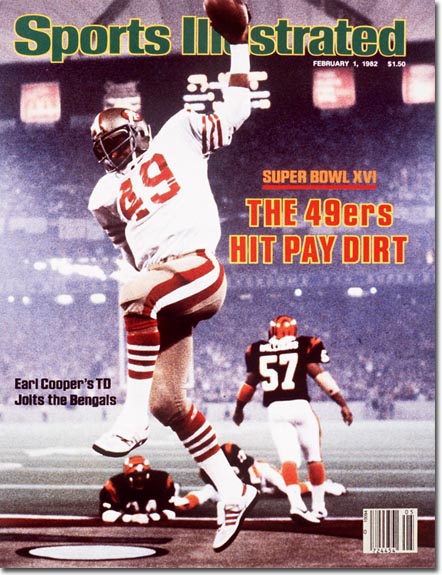 Cooper was drafted by the 49ers to play FB. He also doubled as TE as needed, but mostly just FB (seems very odd to use a 1st round pick on a FB these days, but I think that the 49er coaching staff thought that they might be able to coach him up). He had a 7 year career, which isn't bad, but was only solid the first two seasons. He would play for the 49ers for 6 seasons and then join the Raiders for one season.

Two of his most notable accomplishments came in 1980. During the NFC championship game vs Dallas he had a crucial 7 yard run that got a first down. He also scored an important TD in the Super Bowl. He would finish 1980 with 171 attempts, 720 yards (4.1 YPC), and 5 TDs. He would never see that kind of success again. 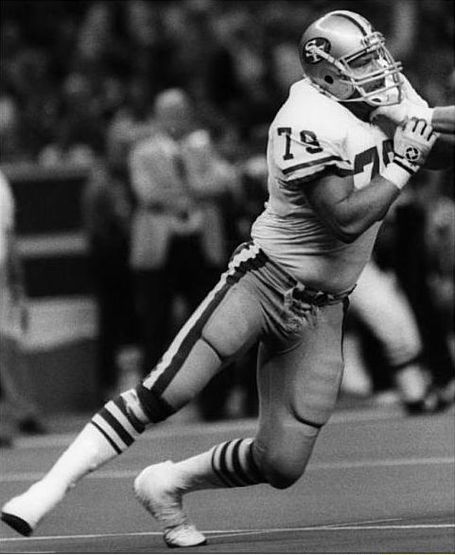 Stuckey was a standout defensive lineman for Clemson, recording 314 tackles during his career there. His performance was good enough that the 49ers would select him with their second first round pick of the 1980 draft. Stuckey would have a very similar career to Earl Cooper's career.

Like Cooper he would have a 7 year career. Like Cooper Stuckey's biggest impact would come his rookie year, particularly in the 1981 NFC championship game when he sealed the victory over Dallas by recovering Danny White's fumble. Also like Cooper he would play six seasons with the 49ers and then play the last season with another team, only this time it was the Jets.