Where Are They Now? The first round picks, part 2

Share All sharing options for: Where Are They Now? The first round picks, part 2

On to the next batch of first round picks. One was a major success for us, one was a career backup, one we traded half of our draft to get and he didn't reward that trust, one dropped off the face of the earth, and one was charged with rape and assault before being dealt away.

Peterson is a stud. It's too bad we didn't pay him what he wanted to stick around (which doesn't make me feel comfortable about extending Willis when it's his turn). I was really excited for the Stokes pick and he had his moments, but sadly he never turned into anything more than a #2 guy, especially considering what we gave up to get him.

For the record, here are the general managers for the 49ers during this time.

1991-1997: Carmen Policy. Thanks to Policy and his free-spending ways the 49ers ran at a deficit for much of the 90s. They would also get fined multiple times for salary cap violations and in 1997 would be forced to give up our 3rd, 4th, 5th, 6th, and 7th round picks because of it. 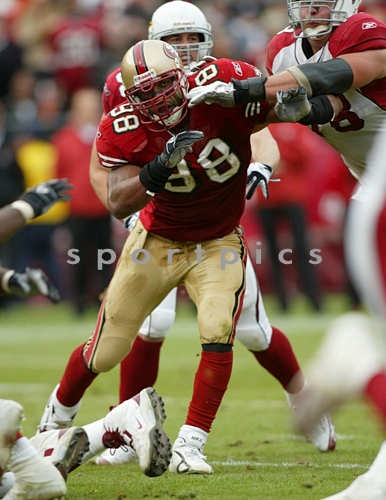 Peterson was selected 16th overall in the 2000 draft. He started out at as a junior college player at Valley Forge Military Academy and finished his last two years at Michigan State where he made a huge splash. Drafted by the 49ers he made an immediate impact as a rookie with 47 tackles, 4 sacks, and 2 INTs despite only starting 7 games. The next year he would go to the Pro Bowl. Sadly he would leave the 49ers in 2006 to go to the Seahawks who gave him a 7 year, $54 million deal. Over the next three years he would go to three consecutive Pro Bowls (if you're keeping track that's a total of 5 Pro Bowls.

In 2009 he was traded to the Lions for DT Cory Redding and a 5th round pick. His trade came about because he declined to take a pay cut from the Seahawks. Over at fellow SB Nation blog Pride of Detroit, they seem to think that the Lions will be asking Peterson to restructure his contract and take a pay cut. Based on his previous actions in Seattle I can't see that happening. If he refuses the restructure do they trade him or cut him? I can't imagine that they'd get more than a 5th rounder out of him now, so cutting him might be the best option.

Peterson is married and has two sons (one of them from a previous relationship).

Here's a mock draft from 2000 showing the 49ers acquiring Keith Bulluck and the Seahawks getting Peterson. Interesting reading, especially since we just got done with the 2010 draft.

An inside look at the 49er draft room from 2000. Back when Peter King was actually a decent writer.

Drafted out of Florida McGrew was a highly touted college prospect and widely regarded as one of the best defensive linemen in the nation. He was an integral part of the 1996 championship team, but his professional career didn't amount to much.

It started off in a bad way with the minicamps. He missed the first camps due to "personal issues", then showed up out of shape and overweight to the offseason condition. In the second set of camps he had knee problems that required orthoscopic surgery which kept him out of the season's first four games while he rehabilitated. He ended up tearing a triceps tendon in his right elbow that forced him to be put on IR for the rest of the season.

He saw playing time in 10 games during the 2000 campaign but didn't impress at all and in 2001 he irked coaches again by failing to show up to the first mini-camps. Word on the street by that point was that he was injury prone, lacked any kind of work ethic, and wanted to be back in Florida, so the Niners obliged and cut him in 2001.

He signed a one year deal with Tampa Bay in 2002 but only saw action in 2 games, recording no stats.

After football it seems he dropped off the face of the earth because I can't find anything about him at all.

Dr Z's 1999 mock draft. He has McGrew going 29th over all to the Vikings and the 49ers taking Tulane QB Shaun King

Football rivalries split small Florida Town (this is the town McGrew grew up in).

While at UF McGrew accepted cash from the man who would become his agent and who would later be charged with money laundering as well as scamming almost $15 million of his client's money. 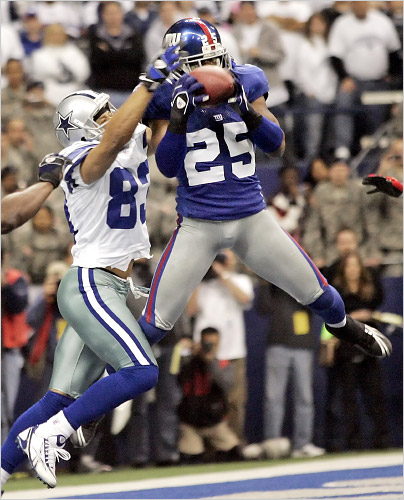 McQuarters was a two sport athlete at Oklahoma State. He was a dynamic return man, a decent WR and a very good DB in college. He was also on the Oklahoma State basketball team for three years. He was selected 28th overall in the 1998 draft and has had a long NFL career, though very little of it was spent with the 49ers.

McQuarters had conflicts with Mariucci and other coaches in San Francisco and never really put forth a bunch of effort. In two years with the 49ers he only started 11 games and in 2000 was traded to the Chicago Bears in a move designed to save salary space. The trade netted the 49ers a sixth round draft pick. McQuarters would be a solid nickel back and return guy for the Bears, but he never became a full-time starter except for the 2001 season when he recorded 78 tackles, 12 PD, 3 INTs, and 2 FF. He spent one year in Detroit (again with Mooch), and then joined the Giants in 2006. He's been mostly a backup there too, but he had a game winning interception in the playoffs against Dallas that sent the Giants to the Super Bowl.

In 2006 McQuarters was sued by a bank after he defaulted on $1.3 million in loans. The bank seized a condo and a Hummer. McQuarters countersued saying that the bank was practicing consumer fraud and that employees had forged his signature. He lost and was ordered to pay the lawyer's fees for Chase bank.

He did not play any football in 2009, but he has been busy. He made a guest appearance on Rachael Ray's cooking show with a delicious looking salmon plate. David Garrard would end up winning the challenge. 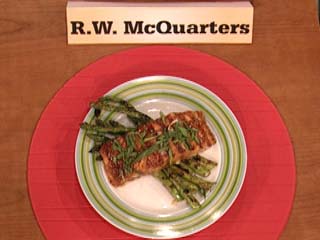 McQuarters has also been busy with charity work. He has a foundation that focuses on giving money to charities who promote literacy and/or environmental issues. He also has an official website (which contains embedded music), which has information on his foundation.

In 2007 he cut his dreadlocks and donated them to Locks of Love. This was his first haircut in almost 10 years. 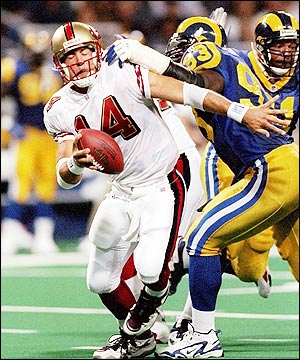 Druckenmiller dazzled the 49ers with a rocket arm and a command of a pro-style offense at Virginia Tech. This led him to being the 26th overall selection in the 1996 draft. 49ers brass were wowed by his work out tape which most notably showed him lifting a car off the ground. However he lacked accuracy and couldn't learn to read NFL defenses. In 1999 he was traded to the Dolphins, which made Jimmy Johnson happy since he had considered taking Druckenmiller in the first as well.

His legal troubles surely didn't help his cause after he was accused of rape by a Virginia Tech coed who testified that Druckenmiller got her so drunk she didn't know what was going on (shades of Ben Roethlisberger). He was acquitted of rape charges, which was pretty much a forgone conclusion since the trial took place in Montgomery county where he was a local hero.

Aug 5 of 1999 he was charged with assault after a bar fight, and a month later he was gone.

Druckenmiller joined the Los Angeles Avengers of the AFL in 2000 and led them to a 5-5 record before being cut. In 2001 he joined Memphis Maniacs of the XFL.

He's now an outside sales consultant for Lexis Nexis. He has a copy of his resume online but it notably leaves out NFL quarterback. 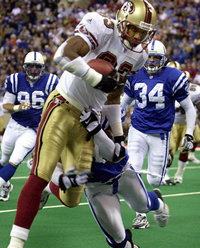 Stokes was selected 10th overall out of UCLA. The Niners actually moved up to get him (giving their 1st, 3rd, 4th, and the next year's 1st to move up to get him) and he was widely regarded as the heir apparent to Jerry Rice. He had a decent rookie season with 38 receptions and 517 yards. He broke his hand so was out for the 1996 season. He would never turn into the star he was expected to be with his greatest season being 770 yards. Stokes would stay on the Niners until 2002, but would never be more than a #2 WR. He spent 2003 with the Jaguars, was cut halfway through the season and picked up by the Patriots for the remainder of the season.

"I still think I have the skills to play. I miss being out there, being in on the action."

He currently is a color commentator for the Stockton Lightning Arena Football team.

He's perhaps best known for getting a face full of saliva from Bill Romanowski.