Share All sharing options for: Seahawks 31 - 49ers 6: Taking my medicine at Qwest Field 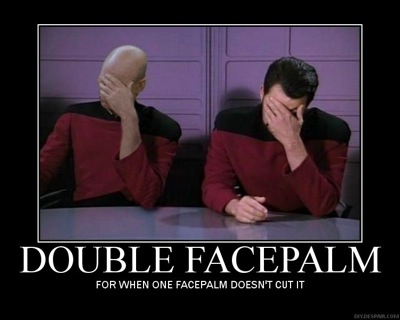 Today I ventured to Qwest Field for my first 49ers road game and I think it's safe to say I did not get my money's worth. It's certainly a great stadium but obviously that butt-whupping took away from the aesthetic value of the experience. I brought my camera and got some pictures and will try to get them up at some point. I was pretty high up and with a fairly weak zoom the pictures aren't great. I will say that if you do get a chance to go, don't worry if you have seats high up. I was parallel to the northwest endzone (49ers kicked to it to start the game) and I was about 3 rows from the top of the stadium. I needed an oxygen tank and a sherpa to get to my seats, but really most seats there are very solid. I could see everything and it helped in following the game in some respects.

While I love the 49ers and love the NFL, I rarely actually attend games. Aside from the cost, I really enjoy being able to kick back at home and have the replays fed to me on a silver platter. And dealing with some of the fans is always a pain in the butt (more to come on that tomorrow). Nonetheless, embarrassing defeat aside, it was a fun stadium.

After the jump, a few of my thoughts mixed in with some game-day observations.

First off, the noise. They talk about Qwest Field being the loudest stadium and after one game I can see why they have that reputation. It quieted down at times, but when things were going well (yes, we'll just call them fair-weather fans!) it got incredibly loud. One thing I actually kind of liked was a glowing seahawk type of deal on the scoreboard when they wanted to pump up the crowd. It was the equivalent of "Make Some Noise" but it was at least a unique take on it. The difference in the noise between Candlestick and Qwest Field is unbelievable.

In watching the game from up high, I had the option of checking out the receivers and seeing how the openings come along (or close up) for running backs and return men. That's a good option to have but it can also create problems in tracking everything else going on. When you watch a game on tv you are forced to watch exactly what they show you. It was easy for my eyes to wander as the play was developing, and thus miss some developments.

At the same time, one of my favorite aspects of attending games in person is seeing holes open and close. Ted Ginn had a couple solid punt returns (one of the few highlights for the 49ers) and you could watch the play develop and spot holes opening and closing. Maybe not that big a deal for many, but interesting nonetheless.

Speaking of Ginn, prior to his knee sprain I was certainly happy to see a level of competency from the punt returner. Compared to last season it was like night and day. When Ginn went down, Phillip Adams came in for a punt and Josh Morgan for a kick. Hopefully Ginn remains healthy because I was quite pleased with his two punt returns. It's the first time in two years that I didn't get nervous on punt returns.

Alex Smith
I'll have plenty more on Alex Smith but this was certainly an up and down performance from Smith. Naturally we've got folks ready to unload him and I can see the reasons people are pissed. After the strong start, Smith had an incredible amount of trouble with his accuracy and touch. Sure the offensive line didn't do him any favors, but he had some passes that were just plain bad.

There are plenty to complain about, but the one that really annoyed me was an incomplete pass to Ted Ginn. On 3rd and five at the Seahawks 40 with eight or nine minutes left in the third quarter, Ginn ran a bit of a fade type pattern (feel free to describe it better than me). Smith threw from the shotgun and tried to drop in the pass. The ball came down over Ginn's right shoulder and the pass was broken up by Marcus Trufant. If Smith drops that ball in to Ginn's left side, Ginn catches it and probably scores.

Before the game, Smith was dropping passes in exactly like that with great accuracy. Obviously warm-ups don't mean anything if you can't execute during the game. Nonetheless, he can make that touch play. We'll see if he ever makes it happen during game action.

As far as the Moran Norris drop is concerned, that goes on both Smith and Norris in my opinion. They've run that play before with success. This time, Norris probably should have caught the ball, and Smith probably could have had a little bit better touch on the ball.

49ers DefenseOne of the interesting comments came from bignerd who said he couldn't name one thing Seattle actually did to win the game. I would argue that they executed against a 49ers defense that started strong but fell apart just as badly as the offense. I would argue it was an overall lack of discipline, primarily in the secondary. This came in the form of some horrendously stupid penalties and poor pass coverage.

There were two penalties, one bad and one atrocious. The first was Nate Clements defensive holding penalty. The Seahawks faced a 3rd and 4 and Matt Hasselbeck threw an incomplete pass. However, Clements was called for holding when it didn't appear as though he really needed to hold the guy to stop the play (although I could certainly be wrong). The Seahawks got a first down and eventually scored their first touchdown of the game.

The second penalty was Dashon Goldson's unnecessary roughness penalty early in the third quarter on the first play of a drive that resulted in the Seahawks fourth touchdown. Hasselbeck threw a pass to John Carlson that was over his head and he was not going to catch. Goldson came in like a missile and absolutely blew up Carlson. Initially folks thought it was going to be pass interference. However, after huddling up the officials called the unnecessary roughness. Having not heard the TV people discuss it I'm assuming the ball was uncatchable, thus no PI, but the receiver was in a "helpless" position and thus receives added protection from the referees.

Whatever the case, it was a horrendously bad decision by Goldson. I realize the hit would have been great if Carlson had caught the ball, but great safeties are able to better judge when to blow a receiver up and when to wait a split second. Goldson still has plenty to learn before he becomes a great safety in this league.

Dumbass of the game: Rather than give a player of the game award, let's give the dumbass of the game. Today it goes to Travis LaBoy. With the 49ers down 28-6 he managed to sack Matt Hasselbeck (the team's only sack of the game). He then proceeded to get up and do a little dance. He may have had a very solid game (sack and 2 tackles for a loss), but you don't dance after anything when you're down 28-6. This isn't a matter of acting like you've been there before. This is a matter of the fact that you're getting your ass kicked. DO NOT DANCE.