Share All sharing options for: Visualizing The 49ers 2011 Success

If you haven't had a chance to poke around SB Nation too much, one of the many interesting blogs is Beyond The Box Score. They provide a sabermetric view of baseball and are one of the older blogs on the network.

One of their writers, David Fung, puts together a variety of infographs related to baseball. Earlier today he approached me with an infograph he had put together about the 49ers (he's a fan). It is not super technical, but rather helps to visualize the various keys to the 49ers success in 2011. We've discussed this success just about every day for the last 2+ months, but I've posted the infograph after the jump for a visual representation. You can view more of David's infographs on Tumblr and follow him on twitter @cobradave.

The turnovers and the rushing numbers are the ones that jump out to most people, but average starting position has been huge for the 49ers. They rank first with an average starting position at the 33. Just as important, they rank first in opponent's average field position with an average of the 24-yard line. The offense has been a bit inconsistent this season, but getting them set up in great field position is huge. 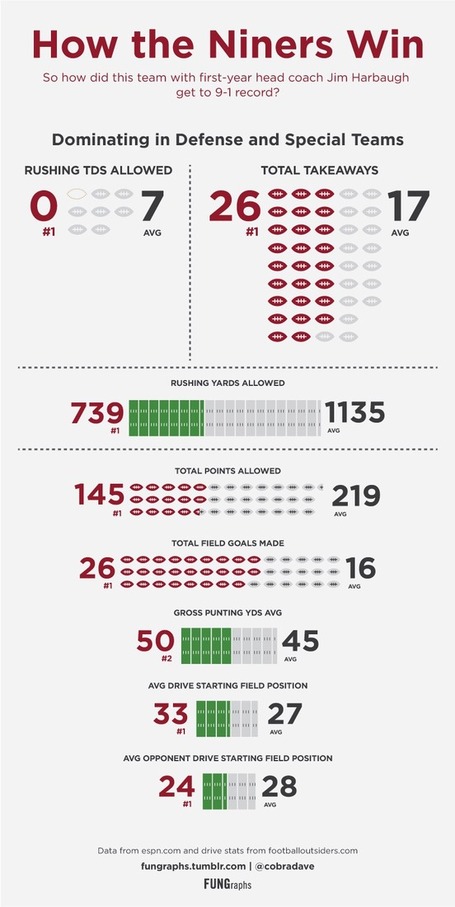