This game features the TCU Horned Frogs and the Louisiana Tech Bulldogs. TCU finished the regular season ranked No. 15 in the BCS. They lost their opener to Baylor, but looked prepared to bounce back strong before a surprising upset to SMU. Had they beaten SMU, there's a decent chance they would have been BCS bowl eligible. Instead, they get to go to the Poinsettia Bowl and face Louisiana Tech. 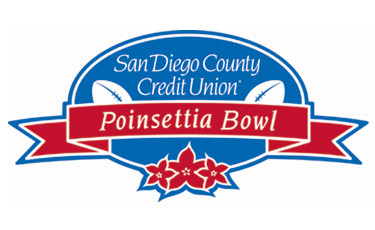 The always awesome folks at Mocking The Draft have been breaking down the 2011-12 bowl games and providing a look at some of the pertinent players in each bowl game. The 2011 Poinsettia Bowl does not feature many big names, but there are some intriguing players on the field tonight. TCU QB Casey Pachall seems like one of the more intriguing players tonight, although he is unlikely to declare for the 2012 NFL Draft.

There is not much in the way of senior talent with word that Tank Carder is going to miss the game due to academic ineligibility. This will be a game for underclassmen to shine. The folks at Turf Show Times are intrigued by what WR Quinton Patton will show tonight.

Here is a rundown of some pertinent players courtesy of Mocking The Draft.