We're back for another day of bowl action as we are slowly getting to the more pertinent bowl games. The early stretch is hard to care too much about, and given the 49ers success I can see why random mid-week bowls might be more difficult to latch on to at this point. The NFL Draft is important no matter how well a team performs, but when a team is finding success in a given season, it's understandable for folks to be less inclined to look ahead to after the season. I'd much prefer this season not end until early February.

We have a couple of intriguing bowl matchups today with Toledo and Air Force meeting in the Military Bowl and California and Texas in the Holiday Bowl. Air Force and Toledo could put together a highlight reel of scoring, while Cal finally gets a chance to get even for Mack Brown hurting their Rose Bowl chances many moons ago. 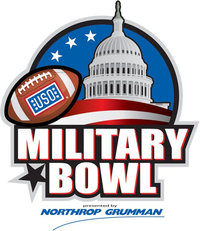 Toledo and Air Force square off in the Military Bowl at RFK Stadium in Washington, DC. This could be one of the more entertaining bowl games as the over/under is one of the highest of the month at 71 points. Toledo is ninth in the nation in scoring while Air Force is 21st in the nation. The game doesn't feature big name prospects, but it should actually be a fun one to watch. 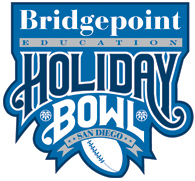 For Bay Area college football fans, Cal gets things going today in the Holiday Bowl against Mack Brown and the Texas Longhorns. Although the winner of this game wins a few bucks and adds a win and a trophy to their record, some Cal fans will likely be looking for a bit of revenge on Mack Brown. Back in 2004, the Bears wrapped up the regular season ranked No. 4 in both the AP and Coaches' polls, while Texas was sixth and fifth. Brown did some politicking and his Longhorns got the Rose Bowl bid. Cal was beaten handily in the subsequent Holiday Bowl, although many blame it on the letdown of not going to the Rose Bowl.

It's been seven years since that went down and only Tedford and some of his staff remain from that team, but maybe there is a little extra motivation. The Bears won four of their final six including a fairly huge road win over Arizona State to close out the regular season. Texas has more of the bigger name draft-eligible prospects in the game, but Cal is playing some solid football of late.