With some free time on their hands, the San Francisco 49ers have been enjoying the city of New Orleans before their game with the Saints on Sunday.

Share All sharing options for: San Francisco 49ers enjoying the city of New Orleans before they pummel the Saints

Since landing in New Orleans, members of the San Francisco 49ers have been very active on Twitter. On Friday night, the team enjoyed Bourbon Street, tweeting photos and interacting with fans. Below, I've put together sort of a collage of the activity.

It seems Jim Harbaugh let the team unwind and and do some unsupervised group bonding. The vibe on Twitter from the players has been particularly upbeat, and it wouldn't surprise to me see the team come out playing loose on Sunday. 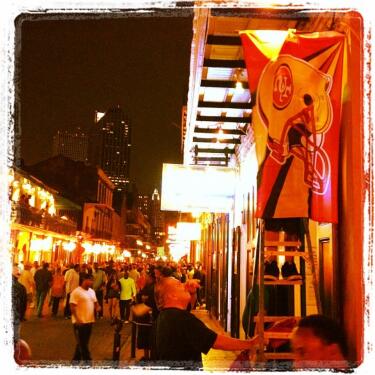 49ers flag being raised on Bourbon St., via

Just finished practice now to go get some food and chill w the fam! We in the NO #

Randy and Tarell have a dilemma...

Whats the best mall or sneaker store in New Orleans??Im off Canal St 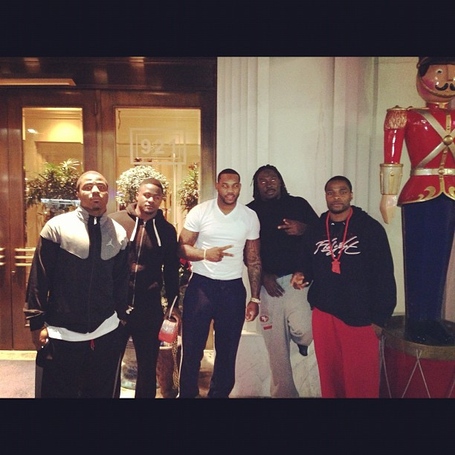 It's crackin in New Orleans!

The city if New Orleans definitely knows how to party.Bayou Classic weekend n it's thick out chea!Go Jags!

Ready for some of this food down in Nawlins ... Where is the best place to go?

Shrimp po boy and Carmel cheesecake on the way!! I love the south!! 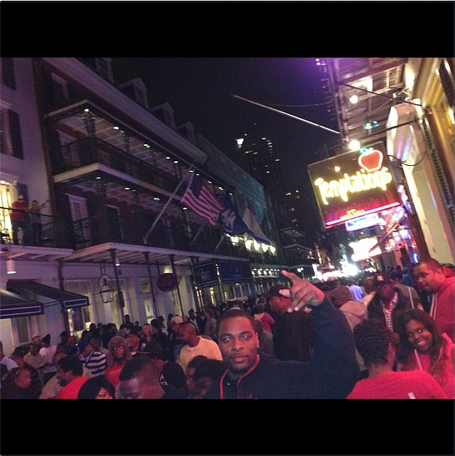 Perrish Cox on Bourbon St., via