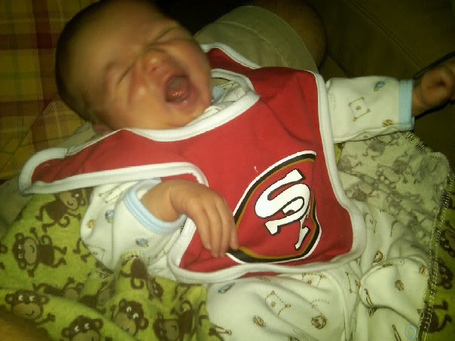 Comments in that first thread would turn out to be somewhat prophetic:

Funny... as much as things have changed, that's still our offense! LOL

Turns out the answer was another Stanford coach...

So the Mays thing hasn't panned out... and it turns out the QB was already on the roster!!! 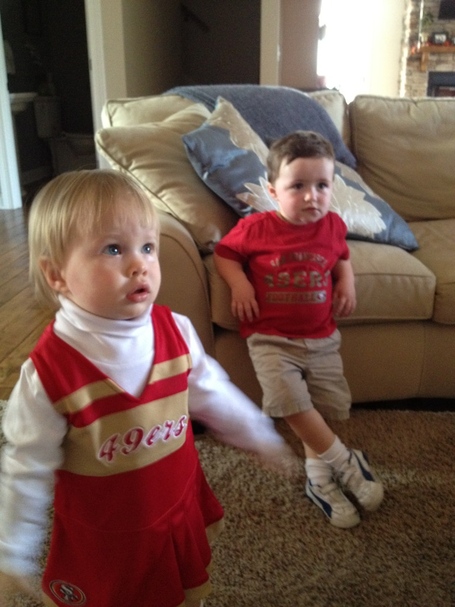 So here he is with his cousin two years later. We celebrated his birthday yesterday and he clebrated a 2-0 start! He's leaned back on the couch and saying "Dad... it took three years for the Niners to win after you were born. Relax, we're doing this in only two for me."