I talk about my experience and share some fan photos and cool pictures from the game.

Share All sharing options for: My NFC Championship Experience & Photos

As we look forward to the Super Bowl in less than two weeks, we all have a very memorable NFC Championship game to fondly reflect on. I was fortunate enough to be in Atlanta and see the game with my own eyes, and it was an experience I'll never forget.

Saturday night I went to the Ritz Carlton downtown where the 49ers were staying. There were a number of 49ers fans there hanging out and frequently players would be in the lobby. I got to see a lot of the team as well as Jed York and Eddie Debartolo Jr., which was a lot of fun.

A couple cool moments involved Patrick Willis. Patrick was walking passed the lobby jamming on his big headphones when fans bombarded him. He wasn't going to stop, but a group of kids 8-13 years old ran up to him wanting autographs. Patrick signed jerseys for the kids, and he shook the hands of the kids who didn't have anything to sign. The expressions on these kids faces were awesome. shear joy. They'll cherish that moment forever.

A little later I was hungry so I decided to take a walk and get something to eat. On the way back to the hotel a big man was headed my way with a huge posse behind him. It was Patrick Willis and about twenty 49ers fans. Patrick must have decided to take a stroll in the city alone and he quickly made some friends. It reminded me of Forrest Gump when Forrest ran across the country and the flock of people he had behind him. I thought it was pretty cool and funny at the same time.

I met some really cool 49ers fans from across the U.S. and even a couple from Canada, Niner Nation did their best to invade the Georgia Dome. My section was all Falcons fans, and when the 49ers were down 17-0, Falcons fans thought they were going to the Super Bowl. "I knew we were going to win, but I didn't expect this" a Falcons fan said to my father and I. The entire time we would just say back "It's going to be a long game." We knew there was plenty of time for some magic to happen, and magic did happen. A row behind us a drunk couple kept yelling " Super Bowl babyl!". They were confident as can be. But by the time the 49ers cut the lead to three in the second half, they were asleep in their seats with their heads resting on one another.

I could talk about this game and trip for days and I wouldn't get sick of talking about it. The best part of my trip was when I yelled with an enthusiasm unknown to mankind to my Dad something all of us yelled to family or friends, " We're going to the Super Bowl!".

Here are some photos I took of my experience and of some 49ers fans: 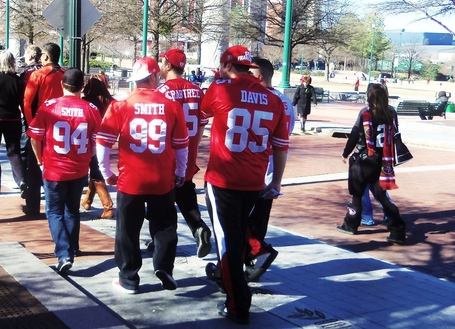 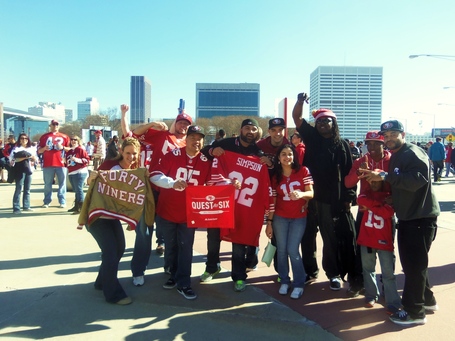 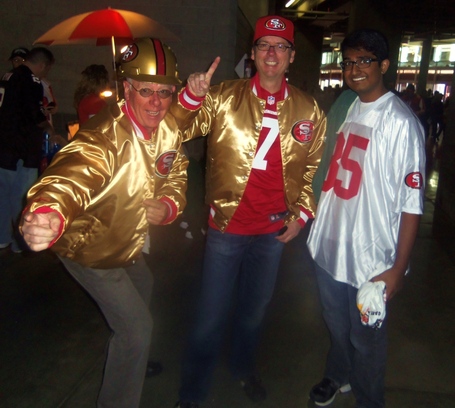 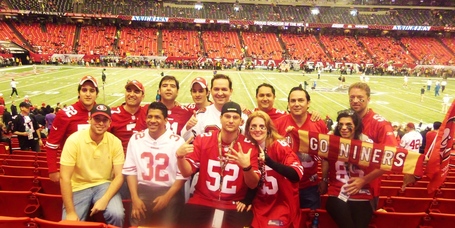 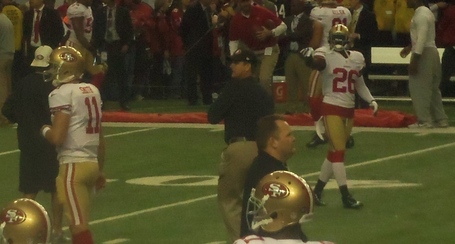 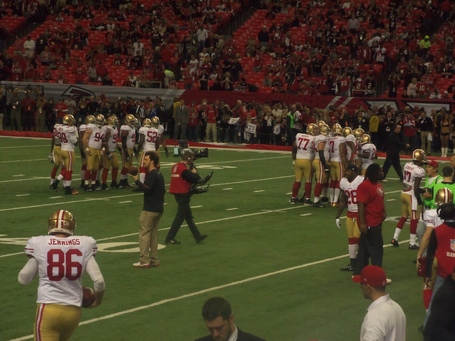 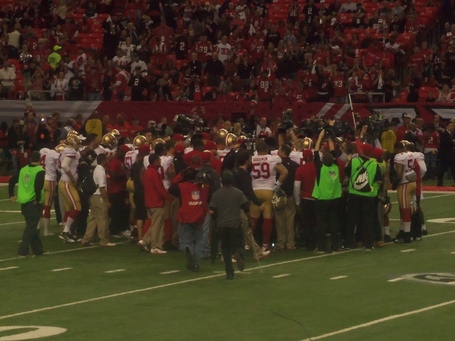 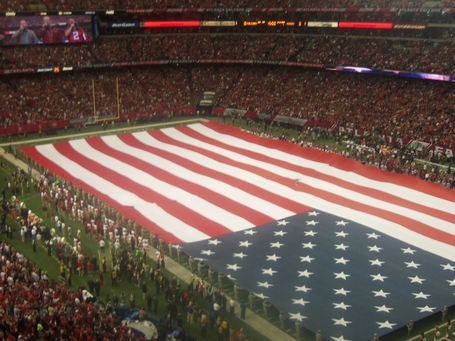 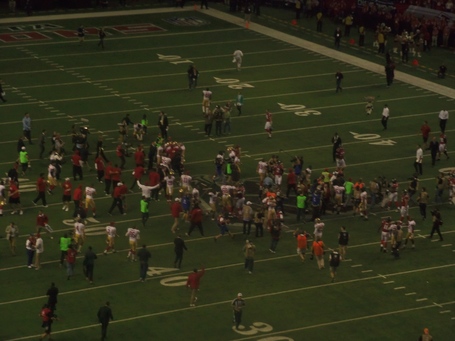 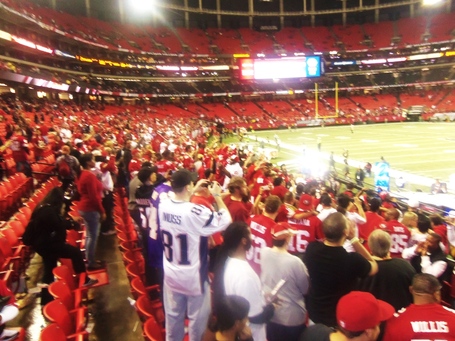 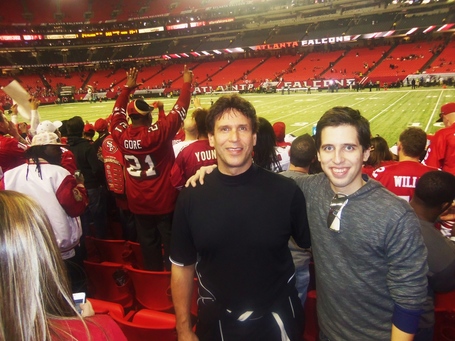