The San Francisco 49ers and Baltimore Ravens will clash in Super Bowl XLVII. We breakdown how the Niners should attack them.

Welcome to part two of "How the 49ers should attack the Ravens," where we will explore the San Francisco passing game against this Baltimore defense.

Let's get right to it!

Clearly it starts with protection. After years of investing draft picks, developing players and waiting for chemistry, the 49ers finally have a line that is capable of dominating performances. Despite how big they are, all five are very athletic, particularly their tackles and left guard.

San Francisco will need a big game from the offensive line, protecting Colin Kaepernick from any one of the Ravens' hitmen. If No. 7 has time in the pocket, he can make all the throws. Kaepernick has that big arm to power the ball through a defense, but has the touch and accuracy as well.

While Kaepernick has had an incredible rapport with wide receiver Michael Crabtree, it could be Vernon Davis who makes the impact in the passing attack. The best cover linebacker the Ravens have is Dannel Ellerbe. Meanwhile, the safeties have either lost a step or are not built as a cover-first defensive back. 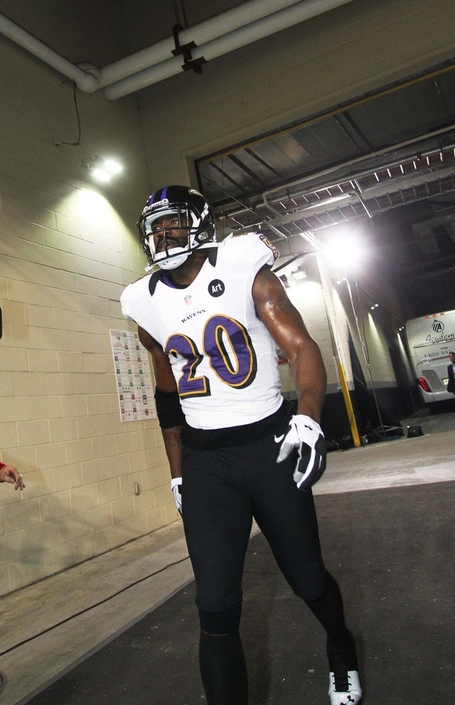 The 49ers need to make Ed Reed chase the play, while being careful with the air balls 20+ yards downfield.

While Reed hasn't looked great in the playoffs, he's been waiting for a Super Bowl for a very long time. Remember, when Ray Lewis was winning a Super Bowl with the Ravens, Reed was winning a National Championship with the University of Miami. For Reed, this is the most important game of his life.

At this point in his career, Reed relies on his instincts more than his athletic ability. He is always in the right place at the right time because he is a smart player, not because he is an athletic freak. The future Hall of Fame safety is well into his thirties now and has pondered retirement more than a couple times.

Kaepernick shouldn't be afraid to throw around him, but he needs to be decisive and careful when he chooses to.

The 49ers also need to identify and take advantage mismatches. Besides Davis against the linebackers and safeties, Kaepernick and this offense may have some opportunities against the Ravens corners. Though they have played well in 2012, starters Corey Graham and Carey Williams are far from established.

Graham and Williams had six combined interceptions during the regular season. Williams is arguably the better of the two, having started the past two seasons. Graham, 27, has been in the league for a while, but has limited starts. Kaepernick could expose the lack of experience of this cornerback group, especially given his connection with Michael Crabtree.

They can also take advantage of mismatches by using LaMichael James as a receiver. He can be one of the more explosive and dangerous players in space, but we are yet to see what he can really do. The 49ers need to cut him loose with some swings, Texas routes, screens and even motion him outside for go-routes.

Against a Ravens defense like this, the 49ers really need to be multidimensional.