49ers safety Donte Whitner has withdrawn his application to change his last name to Hitner.

San Francisco 49ers safety Donte Whitner was scheduled to have a hearing Tuesday afternoon in which the Cuyahoga County Probate Court would consider his petition to change his last name to Hitner. Whitner has decided to withdraw the application, as seen in the court website docket information below. 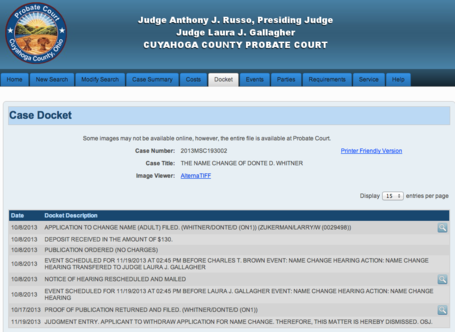 Whitner has since tweeted out the reason for withdrawing his application:

I had to withdraw the name change until after the season. Judge wouldn't allow it without me being present...

So, I guess he'll be Donte Hitner in 2014? He can do whatever he wants with his name, but it still strikes me as odd that he would want to bring attention to himself as part of a protest of the league rules on hitting. But hey, it's his name and his fine money, so what are you gonna do?