The Booth Review - 49ers vs. Saints

"It's not over. It's not the end of the road. We just have to keep on going."

Welcome back to The Booth Review. On Sunday, the San Francisco 49ers dropped a crucial game to the New Orleans Saints - their fourth loss of the season. What did we learn?

"Adversity? Yeah, we've got that," Jim Harbaugh started. "Always look at that as an opportunity to show the steel in the spine."

Harbaugh always seems to have the perfect 'Harbaugh-ism' for every situation. And after falling to the New Orleans Saints on Sunday, San Francisco's second consecutive loss, he opted for optimism.

"That's what we're going to have to do," Harbaugh continued. His deadpan eyes fix on nothing in particular for a moment. He takes a gulp and clears his throat before redirecting his gaze to the inquiring reporter to finish the thought.

"Look forward to the challenge."

Take Harbaugh's response by itself and the message is rather simple: he and his team remain resolute in their mission, which is the same in Week Twelve as it was in Week One. But consider that the answer really had nothing at all to do with the question (he was asked if the team had to throw the ball more to match New Orlean's pass-heavy offense), and it's all the more telling. 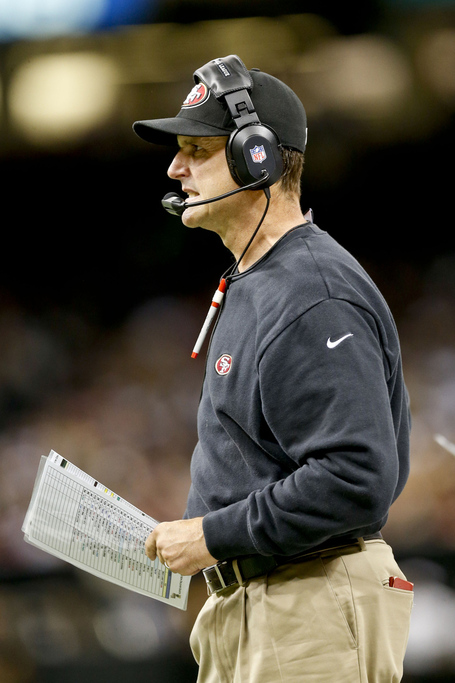 Whether he wants to admit it or not, Harbaugh knows as well as anyone - the Niners' backs are up against the wall. The reigning NFC Champions may have started the season leading the pack, but eleven weeks and four losses later, they now find themselves somewhere in the middle, desperately trying to keep pace.

Wins and losses matter at any point in the season, but they seem especially crucial right around this time of year. Any single win could propel a team into the playoffs, and any one loss could be backbreaking.

Having lost their last two, a third-consecutive NFC West crown almost seems out of the question for San Francisco. Instead, the Niners have fallen into a heated fight for the Wildcard, a more likely landing spot for the 6-4 squad.

If the season ended today, San Francisco would own the 6th (and final) seed in the NFC. The 5th seeded Carolina Panthers handed them a loss just a week prior. Meanwhile, the division rival Arizona Cardinals and the Chicago Bears are just a breath behind as they share the same record as San Francisco.

Eleven weeks in, the Niners are in the unenviable position of having much to learn about themselves with a window that is closing fast.

"It's the situation that we're in and for us, it's always the next game," said Harbaugh. "That's the most important game and that's the must-win game. And that's how we look at every game no matter what position we're in." 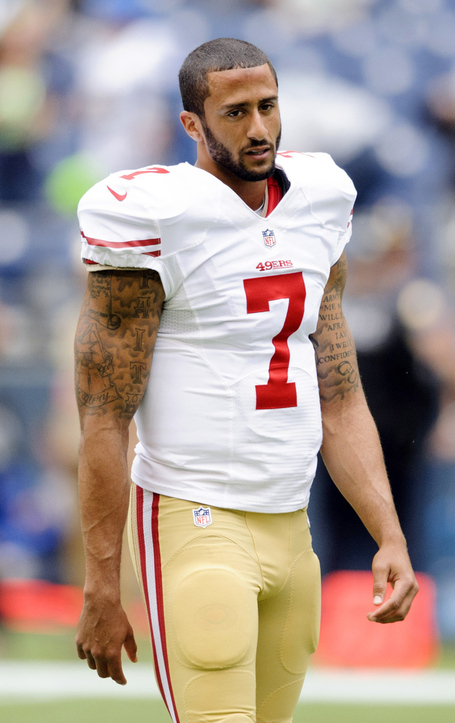 The San Francisco 49ers are all at once the best rushing team in the league as well as the worst passing team. They dazzle and delight one week and fall flat on their faces the next. They're equal parts exhilarating and frustrating, a consistently inconsistent anomaly.

But why? How can an offense with this much talent be so dysfunctional? That has been the looming question since Sunday's loss.

Two months ago, Colin Kaepernick orchestrated the best passing performance of his career. Frank Gore is quietly having yet another phenomenal season behind the league's best offensive line. Anquan Boldin and Vernon Davis are two of the league's most explosive playmakers.

There is no doubt in my mind that this is a team that can win - "can" being the operative word. Most of the puzzle pieces are already in place. The onus, then, falls on the coaching staff to assemble those puzzle pieces and maximize their talents.

"[When] you don't win the game, you're not going to feel great. I know that as a coach," said Harbaugh. "And if you want to feel better, coach better. That's what I tell myself.

"I feel like if you don't feel good, then coach better," he continues. "So [we are] trying to find every way to do that, win games, put the players in positions to be successful." 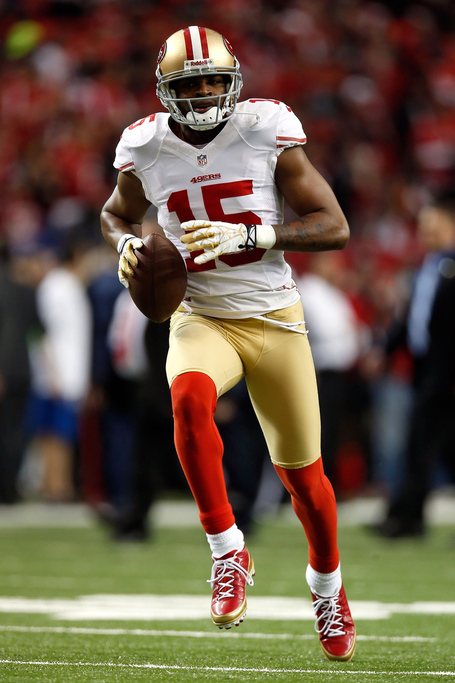 As soon as word broke in May of team-leading receiver Michael Crabtree's Achilles injury, we all felt the collective gasp and immediate dread. We shared the sense that this team would struggle this season, and we weren't wrong.

As mentioned earlier, San Francisco is statistically dead-last in almost every major passing category, the most startling of which is their total passing yards (1,680). By contrast, New Orleans, the team that felled them on Sunday, has almost double the amount of the passing yards for the season (3,219).

In spite of their shortcomings in the passing game, San Francisco has managed six wins so far this year and there's a reason for that. They own the highest-scoring rushing attack in the league with 15 touchdowns and average 141 rushing yards every week. The ageless Frank Gore has been sensational this season.

Kaepernick, on the other hand, has been wildly inconsistent. He played his best game in the season opener against Green Bay throwing for over 400 yards. However, he wouldn't crack the 200-yard mark again until Week Six against the Arizona Cardinals, and has not since.

I wrote a few weeks ago that, with such a strong running game, San Francisco doesn't necessarily need Kap to throw 400 yards every week, but he should still have a pulse.

With a deficient pass offense and a struggling run offense, the Niners came undone.

When the ground game is primed and running smoothly, we see instances like Week Five against the Houston Texans, a 34-3 blowout, where Kaepernick completed just six passes. On other days, the running game is going to struggle. And when that happens, we see the seams as clear as day as evident in the last two losses.

With a deficient pass offense and a struggling run offense, the Niners came undone. Such was the case against New Orleans. Instead, they turned to their defense for answers which, fortunately, responded. San Francisco manufactured three turnovers, two fumble recoveries and an interception, that produced their only scores of the game outside of a fourth quarter field goal (that total would have been four had it not been for a controversial 'roughing the passer' penalty that negated an interception by Patrick Willis).

To the credit of the offense, they capitalized when gifted the extra opportunities by the defense. Otherwise, it was a complete mess. Three-and-out central. What makes matters worse is knowing the Niners are better than this, capable of so much more. We have seen what this offense can do when both the passing and running offense are on point.

From here on out, if nothing changes, San Francisco can say au revoir to their chances of returning to the Super Bowl. It's not happening, plain and simple. Finding a way into the playoffs alone seems an insurmountable task at this point, and even if they make it that far, without a better passing attack, it will be virtually impossible to survive.

The hope among the Faithful is things will change soon upon Crabtree's return. Hoping that, somehow, he will seamlessly reintegrate into the system and hit the ground running, but even that might be wishful thinking. At this point, we just need him to come back.

Will he hit the field on Monday Night Football against Washington?

"We'll see," Harbaugh said. "A lot of it's going to depend on getting out there every day, practicing, and how much of a load he can do. I think he's close."

For San Francisco, time is running out. In the meantime, all we can do is wait and hope for the best.