The San Francisco 49ers face Washington on Monday Night Football in a must-win Week 12 matchup. The 49ers are a 4 1/2 point favorite against 3-7 Washington. Read on for all the nuts and bolts of the game from the odds to the TV schedule to the announcers, online streaming and more. New to Niners Nation? Sign up here and join the discussion!

The 6-4 San Francisco 49ers look to right the ship on Monday Night Football in Week 12 as they are off to face 3-7 Washington. The 49ers have lost two straight following a five-game win streak, and need to get back on the winning track to maintain their lead in the wildcard race.

49ers vs. Washington: All you need to know 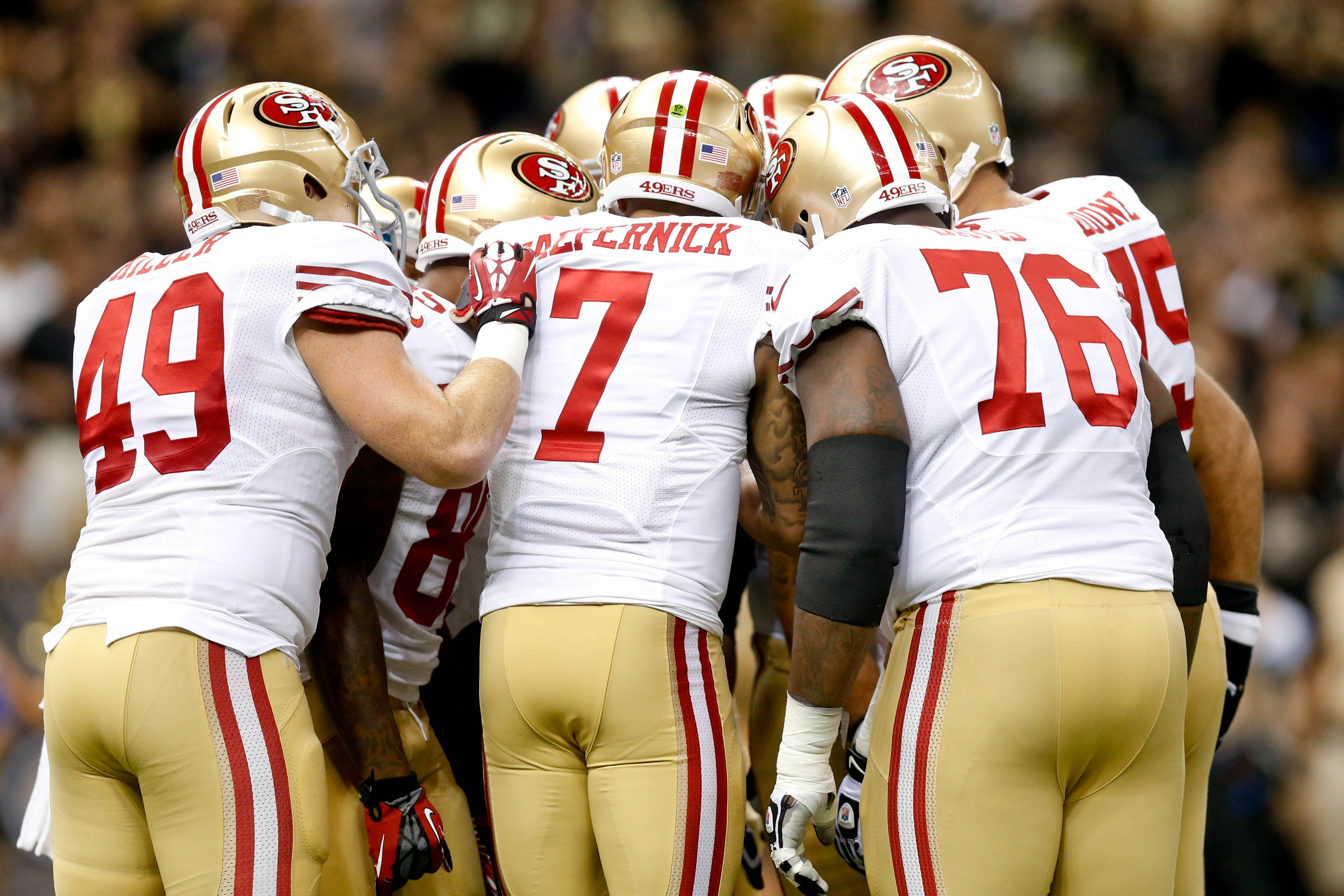 49ers-Washington kicks off at 5:40 p.m. PT, showing up on ESPN in your channel guide. The game is nationally broadcast, so hurray for everyone! Well, everyone with basic cable. As always, if you don't get basic cable, or just want to find more people to watch the game with, check out our sports bar thread.

The 49ers enter this game as a 4 1/2 point favorite. Washington entered the season with playoff expectations, but it has been a bit of a disaster for them. Robert Griffin III, coming off a sensation rookie season that ended with a knee injury, came back quicker than many felt was prudent. He was rusty after not playing in the preseason, and it likely contributed to Washington's slow start. Of course, it hasn't helped that their defense has been fairly brutal.

The 49ers have done well this season against opponents that are clearly inferior. That doesn't help when they're facing teams on their level, or better, but given Washington's struggles, this is a big game for the 49ers. They may not be able to get the offense entirely back on track, but this game presents an opportunity to at least settle the waters a bit. The 49ers still "control their own playoff destiny" (as much as one can "control" destiny), so they just need to handle their business. We'll see if they can actually get back on track.

SB Nation blog: Hogs Haven | Under the radar 49ers and Washington players | Why each team will win