The Booth Review - End of the Year Edition

"We've taken the hard road, but we have been toughened."

Welcome back to The Booth Review. The San Francisco 49ers are playoff-bound after putting away the Atlanta Falcons and Arizona Cardinals in consecutive weeks. What lies ahead for San Francisco? Read on.

The San Francisco 49ers might be one of the most prestigious, history-rich organizations in all of sports. They're like NFL royalty. Can anyone really say otherwise? Relatively speaking, it wasn't that long ago that the Niners were collecting world title wins like Daniel Day-Lewis collects Oscar nominations. Everyone expected them to win, because they were the top dog.

And then the organization imploded from the inside out. Beloved team owner Eddie DeBartolo ran into legal trouble and was forced out of the league, leaving San Francisco directionless. The front office was crippled by a bloated salary cap, and the talent started to walk out the door.

The product on the field suffered. The 2004 San Francisco 49ers recorded just two wins all year, the lowest total in franchise history since 1979. They had fallen all the way to the bottom of the barrel. The years that followed became a struggle to return to the top...to relevancy...to their glory days. 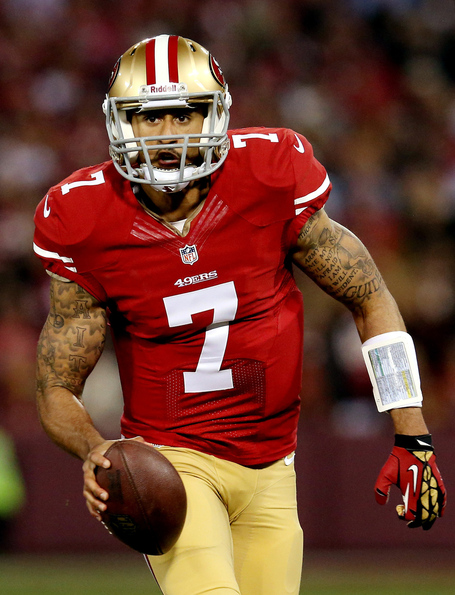 Although a sixth Lombardi has yet to be added to the trophy case, San Francisco has returned to relevance. And they are arguably reaching their peak. In Jim Harbaugh's first year with the team, they reached the NFC Championship Game. In his second, they reached the Super Bowl. And this year, they will return to the playoffs to, once again, contend for another world title.

Is there another team in the league that has seen this much cumulative success in the last three seasons? That's why 2013 was such a strange year. Because, for the greater part of the last decade, the San Francisco 49ers were the perennial underdog, one of the Davids to the several Goliaths.

But not anymore. These days, they are the team that every other team wants to beat. The team that needs to sink for all the other ones to rise above them. It's a uniquely daunting perspective, for sure, but what is the alternative? I don't think anyone in the locker room is complaining about playing football in January.

As if playing with painted targets on their backs wasn't enough, it was a year of trials: Colin Kaepernick's 'sophomore' slump, the loss of Michael Crabtree, Aldon Smith's DUI arrest...to name a few.

But San Francisco survived. They endured. They will live to see another Sunday. And for all the reasons above, that is something remarkable.

There was no better way to send off historic Candlestick Park than with a victory, but NaVorro Bowman wanted to do it in style.

With two minutes left in the game, the Atlanta Falcons cut the deficit to three and had no other choice than to perform an onsides kick. It went to Bowman. He misjudged the trajectory of the ball which awkwardly bounced downward and toward the sideline. Jason Snelling was there to scoop it up with one hand and got a double toe-tap. The Falcons recovered.

For a few moments, any life at Candlestick was all but extinguished. There was a collective gasp and exhale. Complete dejection. Atlanta needed just 30 yards to put the game away for good. They got 20.

"That was the best birthday present I've ever gotten. Second, only to being born." - Jim Harbaugh

On second down at San Francisco's 10-yard line, Matt Ryan hurried a throw left as to avoid getting leveled by safety Eric Reid. It went in the direction of Harry Douglas who fell into a tussle with Tramaine Brock. Douglas, who never got control of the ball, somehow pushed the ball up over his head where it fell into the arms of one NaVorro Bowman.

Bowman, trailed by a caravan of red and gold jerseys, saw nothing but green. His diving touchdown score would put San Francisco ahead by two scores, and with just a minute left in the game, their fate was all but sealed. San Francisco was playoff-bound.

"That was one of the greatest plays I've ever seen. That was the best birthday present I've ever gotten," said Jim Harbaugh, who turned 50 that day. "Second, only to being born. That was awesome." 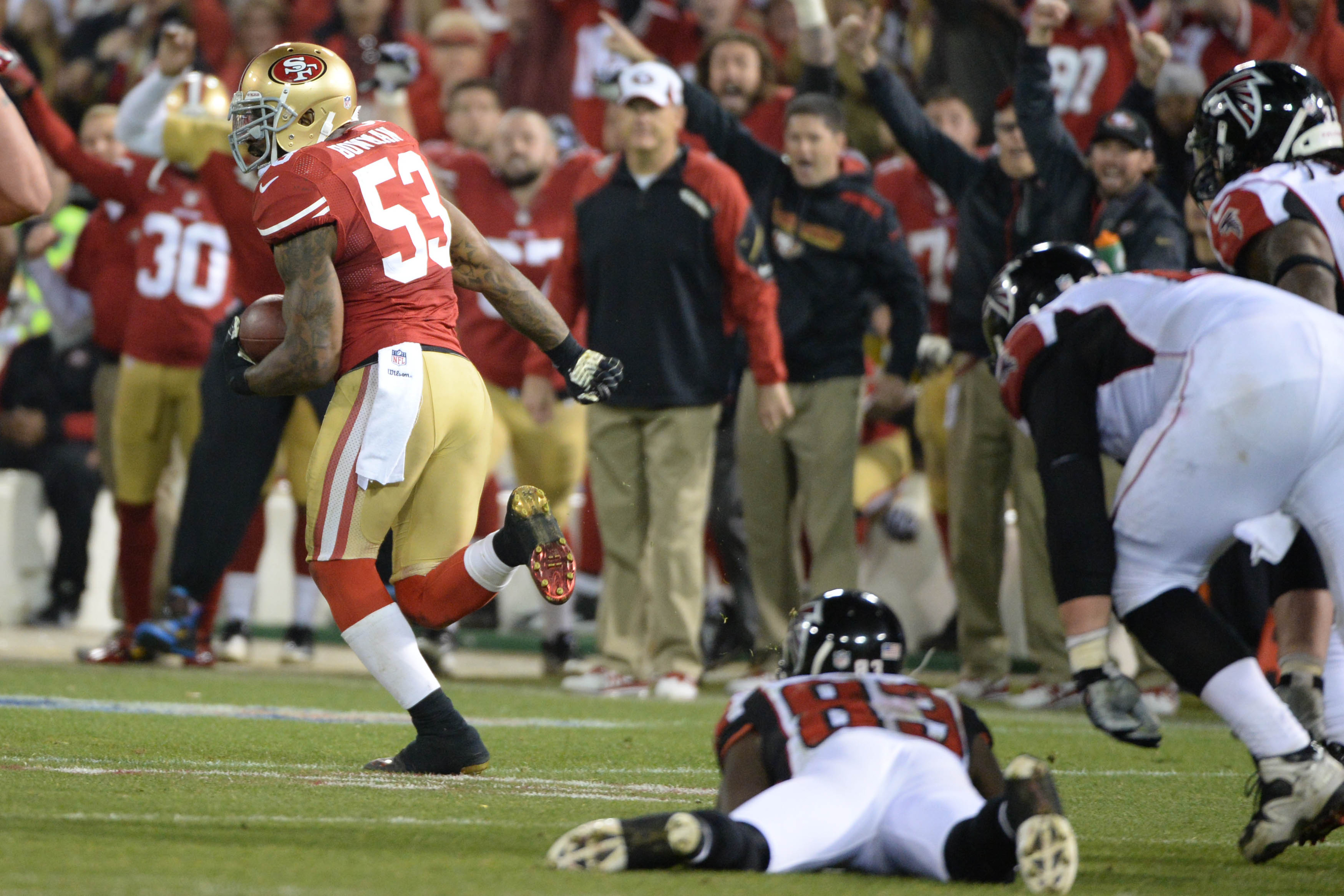 The Arizona Cardinals' 2013 season was something of an anomaly. Head coach Bruce Arians inherited a 5-11 from the year before, last in the division. And with conference powerhouses San Francisco and Seattle in the same division, nobody expected Arizona to make a peep. Well, Arians told us all where to shove it, flipping the Cardinals into a 10-win team.

Definitely a feat worthy of praise, but they fell just short of qualifying for the playoffs. 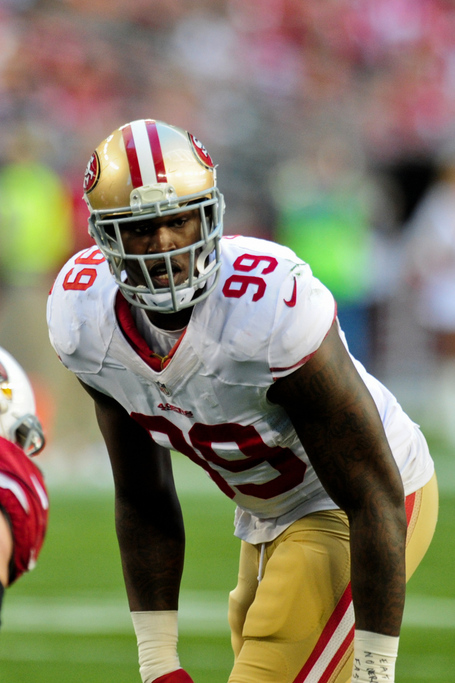 Meanwhile, San Francisco already knew the previous week that they were playoff-bound. And with the Seattle Seahawks dismantling the St. Louis Rams up north, any scenario where San Francisco would leapfrog Seattle for the division title was pretty much out of the question. So, really, Sunday's game against the Arizona Cardinals was nothing more than a glorified exhibition game. But it did provide a good test for the Niners as they head into the postseason.

Receiver screens are something that we have not seen very much of from a Greg Roman offense. But on Sunday, against the Cardinals, it was present, and it was working. For those two reasons, we should feel very encouraged.

The third play of the drive was a fake hand-off to Kendall Hunter. Colin Kaepernick kept the ball and tossed it to Boldin for the left end-around run, a gain of 11 yards and a first down. The next play was, once again, an end-around run. This time, it was rookie receiver Quinton Patton who sliced through the Arizona backfield for a 26-yard gain.

This is precisely the type of innovative play-calling that can keep a defense on their toes. Not only that, but after having implemented it into Sunday's game against Arizona, it also gives their next opponent one more thing to think about when they already have a laundry list.

BACK TO THE START

"We're going to the playoffs, so we got more football to play," said Bowman. "But we wanted to finish this season off strong. What a way to finish it off in Arizona. And now we get ready for Green Bay."

The Packers must be sick of us by now. Since the start of 2012, including regular season and postseason play, Green Bay and San Francisco have met three times with the Niners taking all three games. This Sunday marks their fourth meeting in two years. 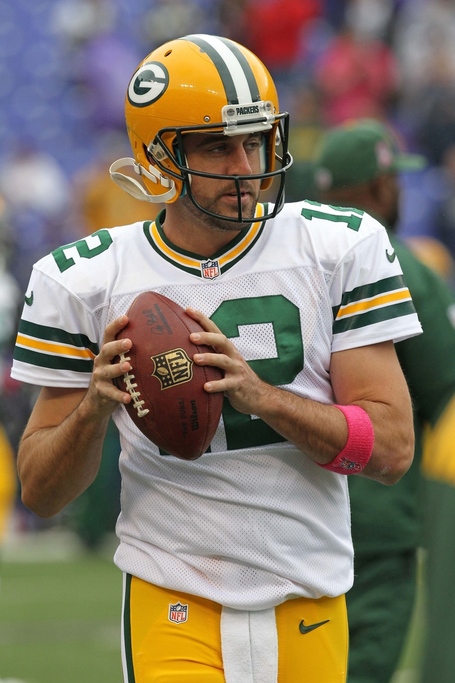 The obvious story here is Aaron Rodgers who only returned last week after suffering a broken collarbone in Week 9. Against the Chicago Bears, for the NFC North title, Rodgers was shaky out of the gate. He threw back-to-back interceptions on Green Bay's first two possessions. But after that, he seemed to settle in quite nicely and looked like the Aaron Rodgers of old.

He finished the day completing 25 passes for 318, and two touchdowns. The last of which came in the final seconds of the game when Rodgers completed a 48-yard pass to Randall Cobb for the go-ahead score to capture the division title.

As Bach continued to question Bowman during the postgame interview, someone decided to crash the party.

It's often difficult to discern which of the two is better on the field, but at least Bowman can say he knows where his team will be come Sunday.