The 49ers introduced Levi Strauss as their new naming rights partner on Wednesday. The team released some videos and pictures, including Jim Harbaugh in something other than khakis!

The San Francisco 49ers introduced their new naming rights partner on Wednesday, as Levi's Stadium was announced. The 49ers and Levi Strauss conducted a joint press conference at Levi's Plaza in San Francisco, with Jed York, the mayors of Santa Clara and San Francisco, and Levi's executives on hand. 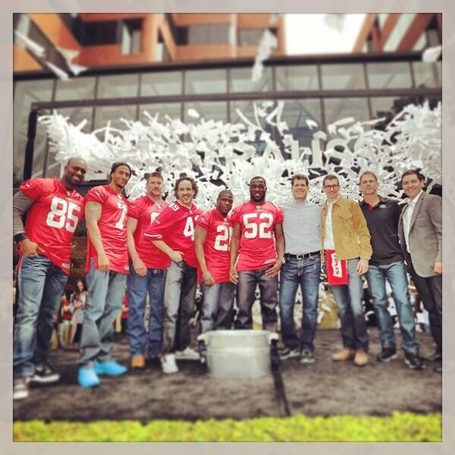 I'd say the highlight of all this has to be Jim Harbaugh in something other than khakis! As we discussed yesterday, Levi's does own Dockers, so I imagine we will see Coach Harbaugh in plenty of khakis moving forward. Although, it would be mildly amusing for him to pull a sort of anti-Mike Nolan and insist on wearing jeans on the sideline.