We are mere months away from kickoff. Let's take a look at some of the storylines we can expect each week.

Fooch's Note: Anthony will be putting together a look at a game-by-game look at the 49ers 2013 schedule. Wes will be breaking down the various transactions for each opponent, and Anthony will focus on some of the biggest storylines for each contest.

Last season, the San Francisco 49ers zipped up their coats and trekked north to Lambeau Field for their season opener against the Green Bay Packers. It was a rather sound victory for the Niners -- they led 23-7 heading into the fourth quarter -- and a positive start to their regular season.

The most interesting storyline on that day was the duel between former first-round slingers Alex Smith and Aaron Rodgers. While one already hoisted a Lombardi trophy and earned Super Bowl MVP honors, the other looked to continue the revival of his otherwise underwhelming career. Smith may have bested Rodgers that day, but he'll also be wearing a different uniform this year.

The Niners and Packers share a season opener once more in 2013. However, things have changed. Colin Kaepernick, Smith's successor, is the new sheriff in town. While Kaepernick will be entering his first season as the Niners' full-time signal caller, the Packers are already privy. 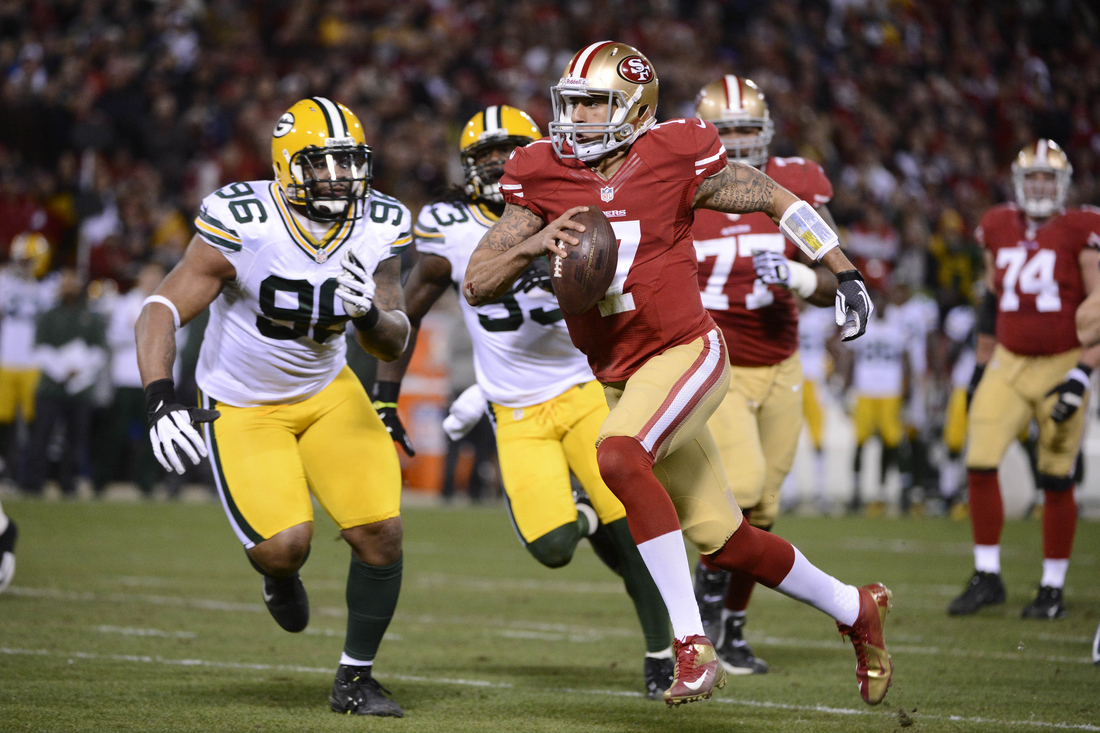 The two teams met a second time last season in the divisional round of the playoffs, and Kaepernick made sure to make a proper introduction. The dual-threat quarterback accounted for 444 total offensive yards --181 of those on the ground -- and four touchdowns. Matter of fact, Kap torched the Packers' defense so badly, they were forced to, quite literally, go back to school.

The Packers will undoubtedly be more prepared for the Kap this time around, but if we know anything about head coach Jim Harbaugh and offensive coordinator Greg Roman, we can expect a few new wrinkles in the Niners' offense.

These two teams will be sitting on top of the NFC for a while. Whether it's during the regular season or the playoffs, you better believe they'll be seeing much more of each other for a long time to come. The growing rivalry is made even more fun and interesting when you consider that Kap, a native of Milwaukee, Wisconsin, grew up rooting for the Packers; while Rodgers, born in Chico, California, was a diehard Niners fan.

Before last year, Green Bay had a nine-game winning streak against San Francisco in the regular season. Since then, the Niners got the better of them by winning last year's season opener and then knocking them off a second time in the playoffs. Could the Niners be starting a winning streak of their own against the Packers?