49ers minicamp: What can we learn over the next three days?

The 49ers will open their three-day mandatory minicamp this afternoon. We won't get solid answers, but we'll get more data as we move toward the start of training cmap.

Share All sharing options for: 49ers minicamp: What can we learn over the next three days?

The San Francisco 49ers get their first minicamp practice underway this afternoon, and with three days of practice ahead of us, we'll have a chance to over-analyze what three days of non-contact work means. Position battles are not completely won or lost at minicamp, but a little something extra one way or another can hurt or help a player's cause to get practice with the No. 1s at training camp. Consider this another set of data in the debate.

That being said, we'll be keeping an eye out for any and all reports to tell us something about some of the key position battles up and down the roster. We'll hear comments from coaches and players, and we'll see stats about minicamp performances. So, the question becomes, what will we look to learn over these three days?

How is Eric Reid developing? 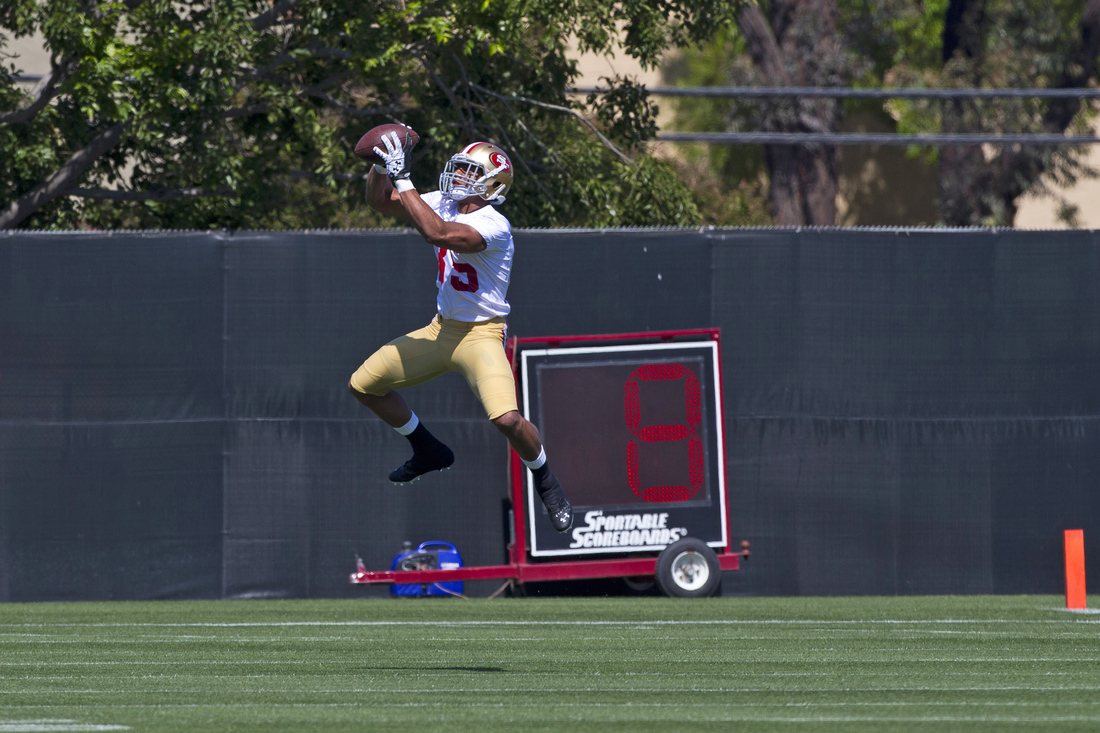 After letting Dashon Goldson walk in free agency, the 49ers traded up in the first round to select LSU safety Eric Reid. Reid opened OTAs working with the second-string defense, but he has started to work his way into the first team defense. He has not been receiving all the free safety snaps, but at his present rate, it would be a minor upset if he wasn't the No. 1 free safety by the start of training camp.

Minicamp does not allow contact work, so defensive backs face a bit of a disadvantage. At the same time, as a safety, Reid will have plenty of opportunities to show he knows how to read the opposing offense, knows how to make switches from the secondary, and can put together some good coverage on opposing skill position players. He can't "win" the job this week, but he can take a firm grip on the job with a strong performance.

Who is emerging at wide receiver? 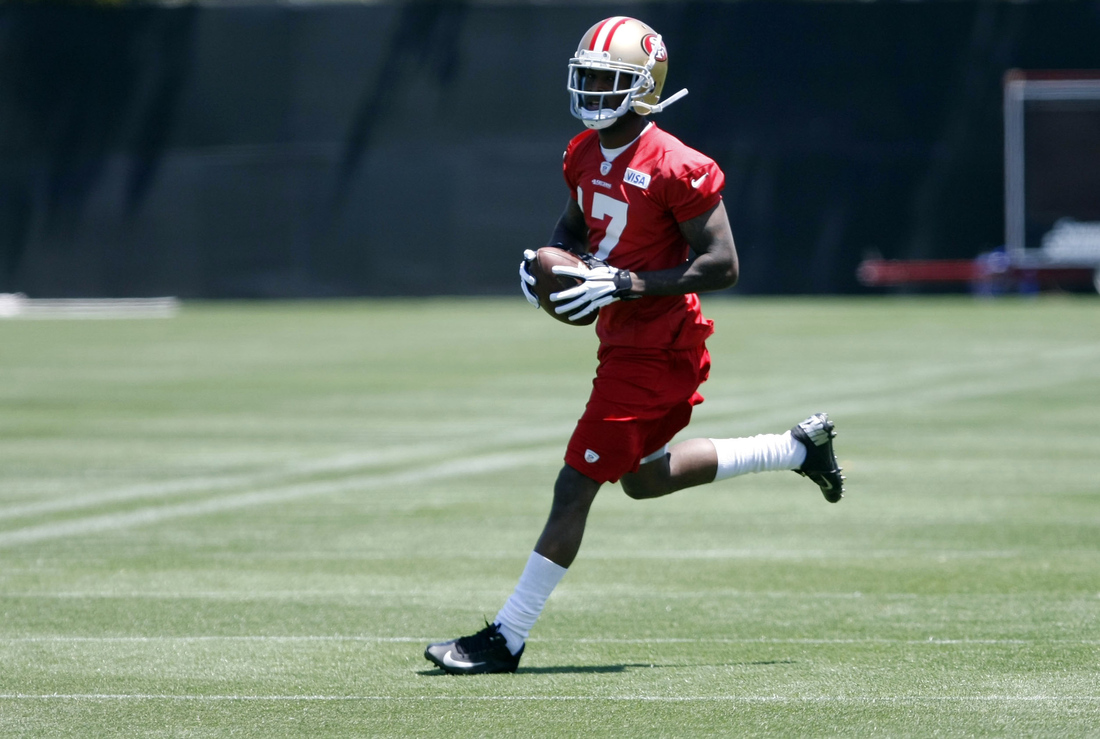 We know Anquan Boldin will be the primary starter at wide receiver, but anything after that remains a mystery. Kyle Williams is recovering from ACL surgery and is expected back at or near the start of training camp. Mario Manningham is likely going to spend most if not all of training camp on the PUP list. That leaves the young pups. A.J. Jenkins and Quinton Patton are the two leading candidates for additional work now that Michael Crabtree is out. Behind them, Ricardo Lockette, Marlon Moore, Chad Hall and Chuck Jacobs will be competing for whatever they can get.

What does this all mean? Who knows. Offseason workout program rules prevent bump-and-run coverage, and any other similar contact work. That removes a pretty important element from the assessment, especially for a guy like A.J. Jenkins who has had questions about his size.

Nonetheless, minicamp will tell us a little more about route running and hands for the various receivers. It doesn't tell us everything, but it gives us some tidbits. It's also somewhat noteworthy who the quarterbacks are throwing to each day. Who the quarterbacks comfortable with at this point. This is an area where Ricardo Lockette might benefit to some extent in training camp. He has roomed with Colin Kaepernick, and spent much of the offseason with him. If Lockette can't put it all together that won't matter, but he's getting quite the opportunity until then.

How are the cornerbacks looking? 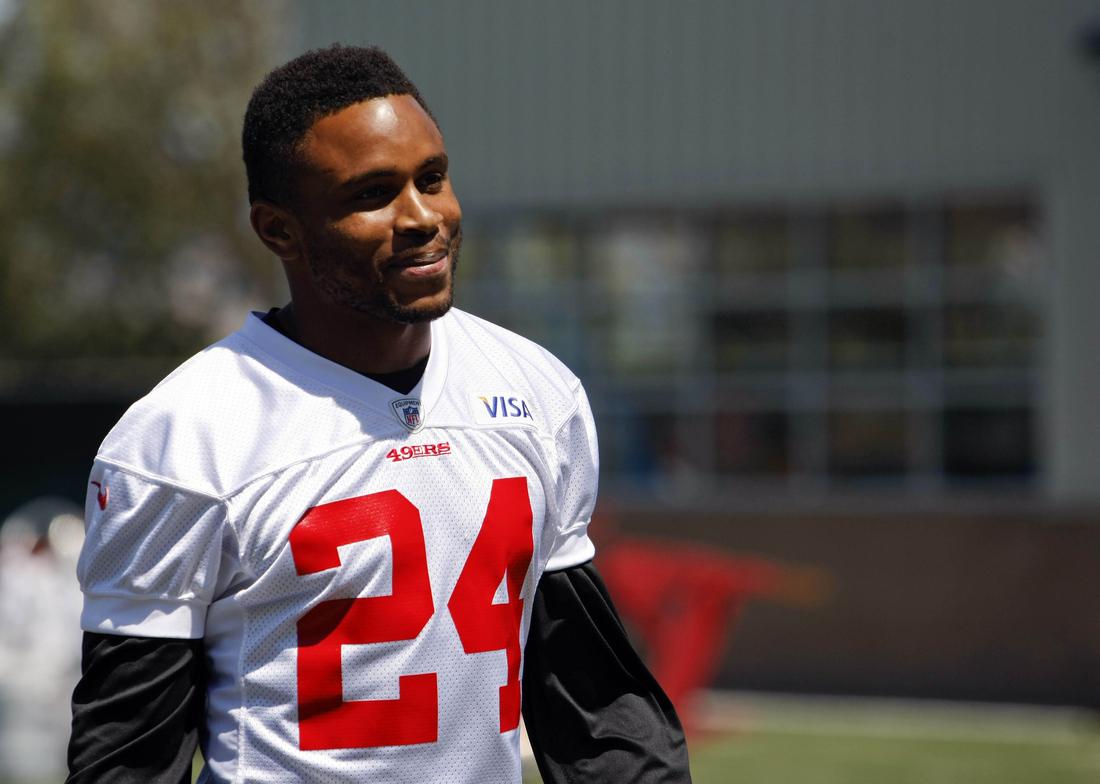 The 49ers signed Nnamdi Asomugha to compete at cornerback with Carlos Rogers, Tarell Brown and Chris Culliver. All reports have indicated Nnamdi is doing some solid work. As I recall, he is fine early on plays, but as plays progress and more time is required, he wears down. Not exactly shocking for a guy who is getting up there in football years.

The corners can work on their coverage in minicamp, but we'll find out a lot more at training camp when contact can start to happen. When defenders can employ bump-and-run coverage, Nnamdi's true status will start to be revealed. Tarell Brown would seem to likely be one of the three starters (factoring in the nickel back given the 49ers extensive use of three defensive backs), but beyond that, it seems like anything could happen. Culliver could supplant Rogers as the starter, Nnamdi could have a career resurgence. Anything seems possible right now.

One question I do have is where Perrish Cox might fit into this. He is frequently forgotten in this discussion, but with a full year under his belt after sitting out a season, maybe Cox emerges in the mix? You can never have enough good cornerbacks, so we'll see where Cox fits into the equation.

The problem with minicamp is you really can't assess blocking or pass rush. The 49ers offensive line is fully established at this point. We know the five starters, and we won't learn much of anything about where Daniel Kilgore and Joe Looney sit at this point. That will take live contact.

As for the defense, we're still trying to figure out the nose tackle role, and of course the depth at defensive end and outside linebacker. Without contact work, we really won't know a whole lot about the status of guys like Tank Carradine, Corey Lemonier and others. The coaches will continue to work with them, and we'll see how things shake out when contact workouts begin at training camp.

49ers minicamp: Everything we know