We are mere months away from kickoff. Let's take a look at the storylines of Week 4's matchup against the St. Louis Rams.

Let's be real. The St. Louis Rams have been living in the basement of the NFC West for quite some time. Out of the last six seasons, they landed dead last in the division in four of them, earned three top-two draft picks, and compiled 22 total wins (the San Francisco 49ers more than doubled that figure with 50 wins). Having said that--and call me crazy--but I don't think the Rams are that far behind.

Last season, the Niners swept the Arizona Cardinals, and split a game with the Seattle Seahawks. The only divisional opponent they couldn't notch a win against? The Rams. I'm sure you remember, because I certainly do--Danny Amendola pretty much wiped the floor with San Francisco's secondary in their first meeting which ultimately ended in a 24-24 tie. And their second encounter would have ended the same way had it not been for a 54-yard field goal by Greg Zuerlein with 26 seconds remaining in overtime.

Every team experiences ebbs and flows in quality through the years. It's just the nature of the league. Let's not forget that the Niners also fielded a 2-14 team within the last decade. But while the Niners' transition from mediocrity-to-greatness was a bit of a slow burn, I'm willing to bet the Rams' turnaround will happen much sooner than later. 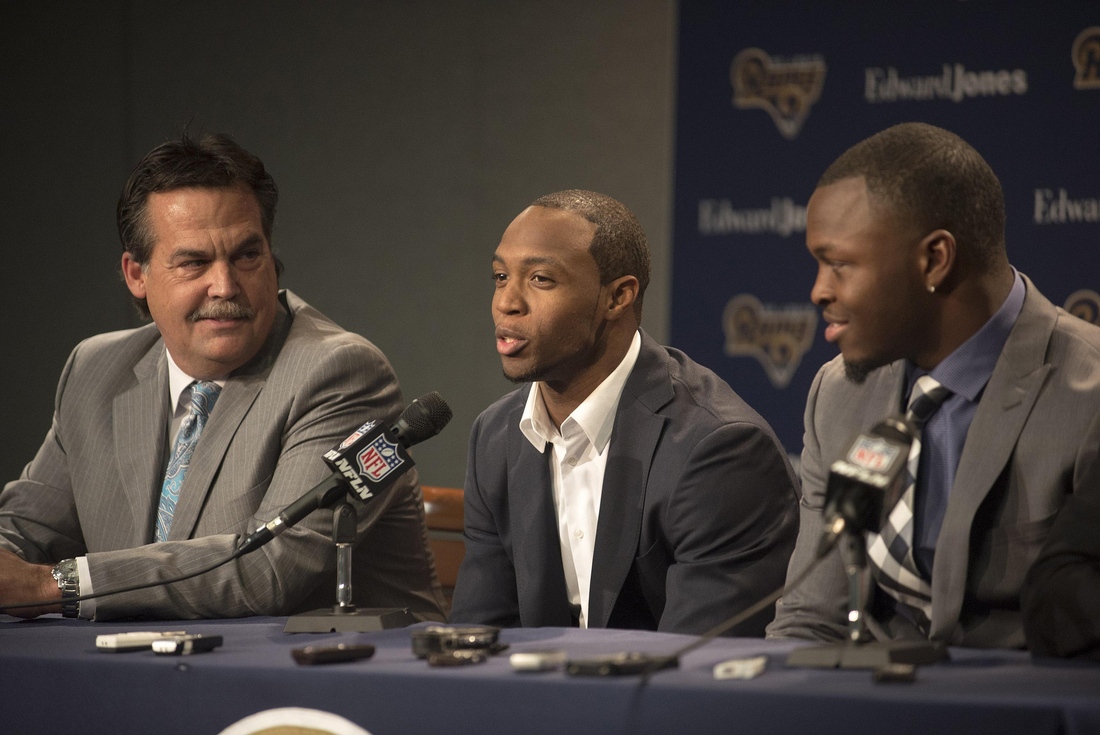 Head coach Jeff Fisher deserves a lot of credit. Before last season, Fisher was the longest-tenured head coach in the NFL. He spent 17 years with the Tennessee Titans (the team formerly known as the Houston Oilers). Fact of the matter is, nobody keeps a job that long unless they know what they're doing. In the early 90's, Fisher was the defensive backs coach during George Seifert's head-coaching tenure in San Francisco, thus making him a member of the Bill Walsh coaching tree. I'd say those are pretty solid credentials.

The Rams have had talent on their roster for some time--names like Sam Bradford, Chris Long, Jake Long, and James Laurinaitis immediately come to mind. Since 2012, Fisher and general manager Les Snead have worked in tandem to put all of the puzzle pieces together. They've done well so far by engineering some brilliant trades for draft picks and using those selections wisely to build on top of what's already a solid roster.

Sound familiar? It should, because what's happening in St. Louis is not unlike what Jim Harbaugh and Trent Baalke have been doing in San Francisco since 2011. It's safe to say the Niners are the top dog for now, but the Seahawks and the Rams are in the rearview mirror, and they're closing in fast.

The Niners will meet the Rams on Thursday Night Football in St. Louis.

Note: I was asked to be a guest on Rams Addiction's podcast over the weekend to talk about what the Niners have been up to this offseason. The audio for the podcast can be found here. If you're looking for Rams-related news, those guys know their stuff, so be sure to check out their site.