We are mere months away from kickoff. Let's take a look at the storylines of Week 5's matchup against the Houston Texans.

The start of the San Francisco 49ers' regular season schedule is absolutely brutal, and things won't be letting up once the Houston Texans come to town.

The Texans are coming off their most successful season in franchise history. They won the AFC South crown for the second consecutive year, achieved a win/loss record of 12-4, and made it to the divisional round of the playoffs. How are they getting it done?

Well, the Texans are one of the few well-rounded teams in the league that are effective on both sides of the ball. Their defense, spearheaded by the reigning AP Defensive Player of the Year J.J. Watt, ranked seventh in the league last season in average yards allowed per game (323.2). 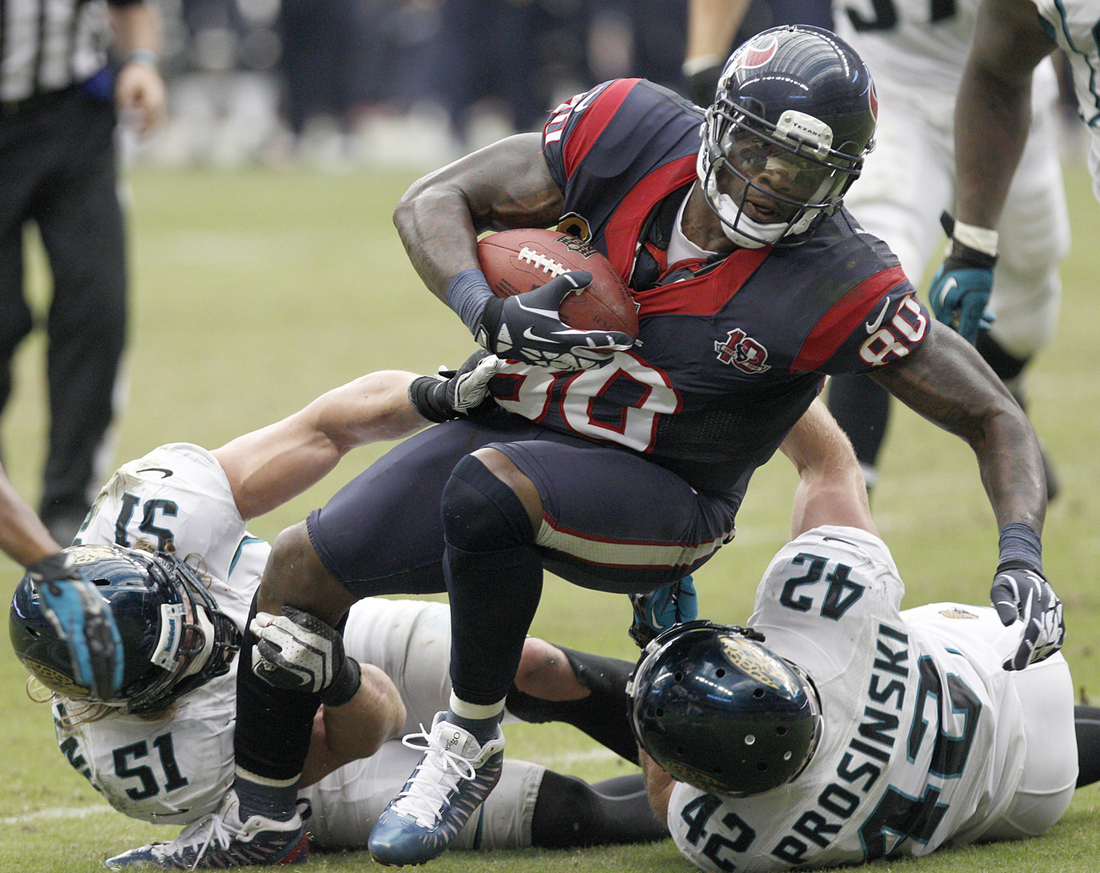 HOUSTON, TX- NOVEMBER 18: Andre Johnson #80 of the Houston Texans fights off the tackles of Paul Posluszny #51 and Chris Prosinski #42 of the Jacksonville Jaguars on November 18, 2012 at Reliant Stadium in Houston, Texas. Texans won 43 to 37 in overtime. (Photo by Thomas B. Shea/Getty Images)

However, what makes Houston so dangerous is their multidimensional offense. In the big leagues, you need big-time players who can make big-time plays, and the Texans have proven they are more than capable.

Andre Johnson and Arian Foster might be the most dynamic and explosive wide receiver-running back tandem in the league today. In 2012, Johnson trailed only Calvin Johnson in total receiving yards (1,598), and Calvin broke Jerry Rice's league record for most receiving yards in a single season (1,964). The record stood for almost two decades. Not too shabby for either of the Johnson's.

And for all of you fantasy football freaks out there, Foster lived up to the hype by leading the entire league in rushing touchdowns (15) while also accumulating 1,424 rushing yards.

San Francisco's defense struggled last season against the big plays; that is, running plays of ten or more yards and passing plays of 20 or more yards. The Niners cannot allow Johnson and Foster to gash them through the air and on the ground. They simply cannot afford it. If San Francisco's defense can find a way to eliminate either of them from the game, the chances of victory increase tenfold.

Otherwise, it's going to be a long day.

Note: I was asked to be a guest on Rams Addiction's podcast over the weekend to talk about what the Niners have been up to this offseason. The audio for the podcast can be found here. If you're looking for Rams-related news, those guys know their stuff, so be sure to check out their site.