We are mere months away from kickoff. Let's take a look at the storylines of Week 6's matchup against the Arizona Cardinals.

There's a new sheriff in Tempe, and he's brought along a few new deputies and a whole lot of skepticism.

As I touched on a few weeks ago, Bruce Arians signed with the Arizona Cardinals after a successful season with the Indianapolis Colts. In early October of 2012, Arians was named interim head coach after Chuck Pagano was diagnosed with leukemia and forced to take a leave of absence to undergo treatment. Arians deserves a lot of credit for steadily guiding the ship in the middle of turbulent waters--the Colts finished with an 11-5 record and earned a playoff berth, and Arians was named the AP Coach of the Year.

Arians' head-coaching tenure in Arizona has barely begun, but the change is already transparent. However, has it been enough to turn the Cards into contenders this season? 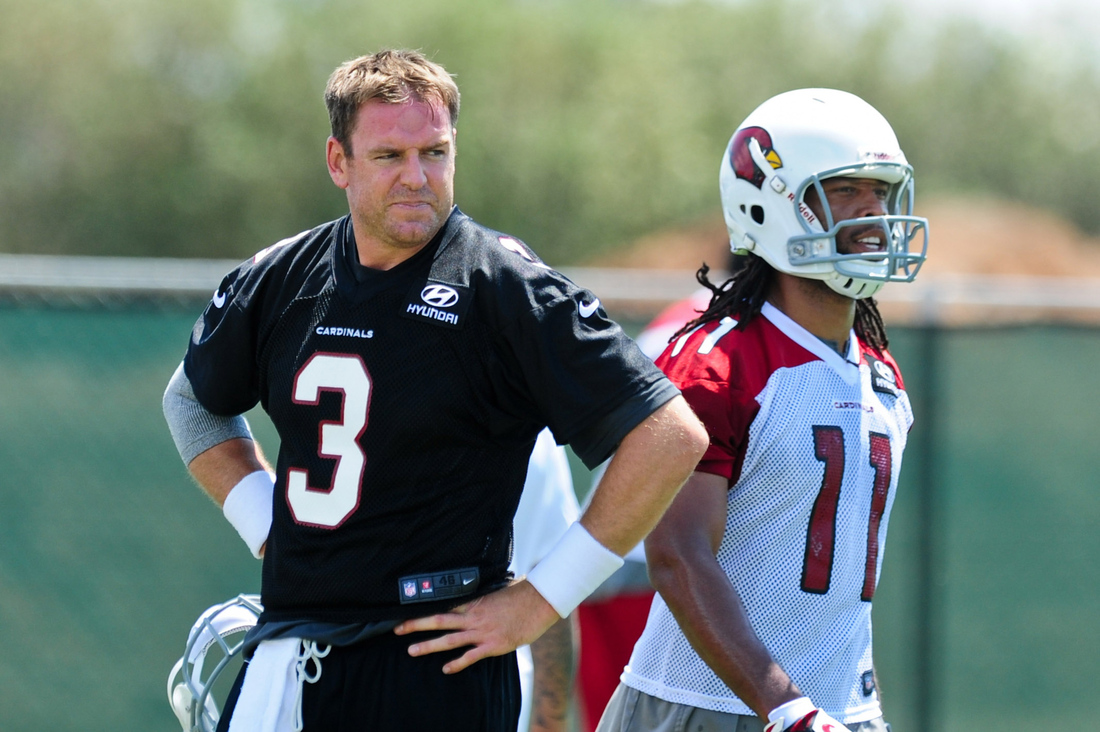 What do all of these guys have in common? They have all started at least one game for the Cardinals since 2010, and they have all sucked severely underwhelmed. It's been a revolving door of signal callers since Kurt Warner retired after the 2009 season, and the organization has struggled mightily to find a competent replacement.

Arians and general manager Steve Keim are hoping they have their guy in Carson Palmer. However, considering the low-risk investment--a sixth round pick from this year's draft and a conditional pick in 2014--Palmer looks to be more of a stop-gap than a long-term solution. The good news for Cards fans? Even a subpar Palmer might be good enough to be an improvement. After all, Arizona finished dead last in offensive production last year averaging a pitiful 263 yards per game. There's nowhere to go but up.

Palmer is way past the hill at this point in his career, but don't forget about Larry Fitzgerald who still has plenty left in the tank. Both Palmer and Fitzgerald should benefit from one another in 2013.

One offseason acquisition that seems to be flying under the radar is running back Rashard Mendenhall. Don't laugh. I'm well aware of Mendenhall's recent history of injuries and inconsistent play. However, he's also just three years removed from a season in which he rushed for 1,273 yards and 13 touchdowns. And he already has a head start since Arians was his offensive coordinator in Pittsburgh from 2008-11.

The move for Mendenhall will pay off in spades--if--he can stay healthy.

Have the Cards improved enough to dig themselves out of last place in the NFC West? It might be too soon to call them contenders, but they will certainly be competitive. We can all expect the race for the divisional crown to be a close one, and if the San Francisco 49ers want to stay on top of the competition, wins against Arizona will be crucial.