The 49ers released dates for rookies and veterans to report to training camp. Huzzah!

The 49ers will not have practices open to the general public once again because of construction of the new stadium next door. That being said, they are offering a drawing for chances to win a trip to training camp. Even without the open practices, they have other ways of letting people observe practice. Those instances are simply much more limited.

More importantly, this gives us a firm date for the end of what always feels like a never-ending offseason. This one has been a bit more newsworthy and eventful, but it's still tough getting through this final slog of days. Now, however, the end is officially in sight! 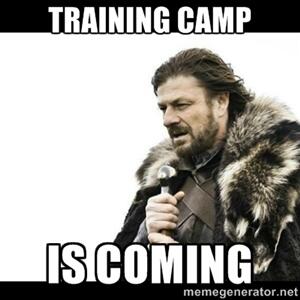