We are just weeks away from kickoff. Let's take a look at the storylines of Week 11's matchup against the New Orleans Saints.

Believe it or not, this coming season marks the fourth consecutive year in which the San Francisco 49ers and New Orleans Saints will square off. And with plenty of recent history between the two teams, I'm starting to sense a bit of a budding conference rivalry.

In 2010, the Niners hosted the Saints at Candlestick Park and lost by a score of 22-25. Last season, the Niners got the upper hand by soundly defeating the Saints by a score of 31-21 in the Superdome. However, the most infamous meeting came from the 2011 season in what was, perhaps, one of the most exhilarating playoff games in league history. But to fully grasp magnitude of that game, you'd have to consider context that came before it.

That year, the Niners traveled to New Orleans for their first preseason game against the Saints. Due to an abbreviated offseason as a result of a league-wide lockout, newly-hired head coach Jim Harbaugh had just three weeks to prepare his team. Gregg Williams, the Saints' defensive coordinator at the time, infamously sent a blitz package 18 times (keeping in mind, this was a preseason game). Alex Smith hit the turf a total of six times and fumbled twice. 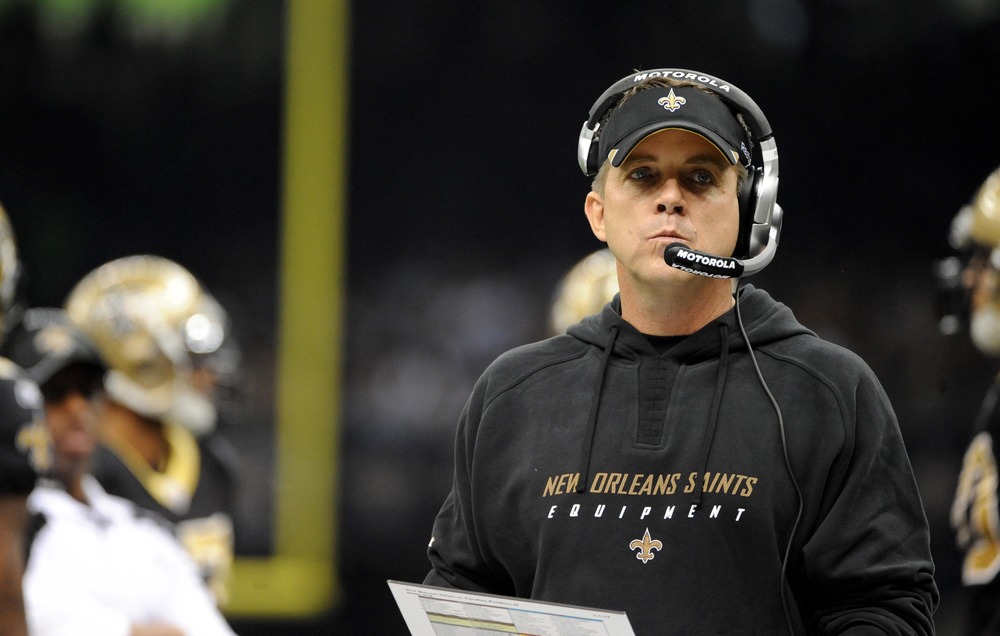 Five months later, the Niners had an opportunity for sweet redemption. After earning a first-round bye, the Niners would host the Saints at Candlestick Park in the NFC Divisional round of the playoffs.

We all remember the plays. Alex Smith's naked bootleg run to the left for a 28-yard score. Vernon Davis' touchdown grab with :09 seconds left in the game. Four lead changes in the last four minutes alone. The Niners narrowly came out on top by a score of 36-32. A true classic for the ages.

Then there was the bounty scandal. A few months later, independent filmmaker Sean Pamphilon released an audio recording of Saints defensive coordinator Gregg Williams giving a fiery speech to his defense the night before the NFC Divisional game against the Niners. The content of the speech was...disturbing. Instructions to re-aggravate injuries, land helmet blows to players with histories of concussions, take cheap shots in pileups after the whistle. 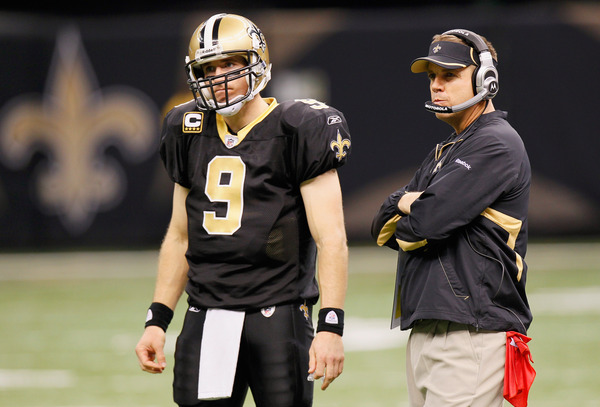 NEW ORLEANS - NOVEMBER 21: Quarterback Drew Brees #9 and head coach Sean Payton of the New Orleans Saints wait for the call from a review against the Seattle Seahawks at Louisiana Superdome on November 21 2010 in New Orleans Louisiana. (Photo by Kevin C. Cox/Getty Images)

Perhaps the most devastating casualty of all was their 2012 season. The Saints started on a four-game losing streak before ultimately finishing with a record of 7-9. They would miss the playoffs for the first time in four years.

It would now seem the Niners have leapfrogged the Saints to become the new playoff powerhouse of the NFC. However, Payton is back, and that alone should reestablish a sense of normalcy after a season marred by controversy.