We are just weeks away from kickoff. Let's take a look at the storylines of Week 12's matchup against Washington.

Man, it must be tough being a Washington fan.

Since 2004, in nine seasons, Washington has finished dead-last in six of them. Team owner Dan Snyder flailed about for so many years trying to plug the holes of his sinking vessel, but his misguided efforts have only incurred the mockery of fans and critics everywhere. Courting an over-the-hill Donovan McNabb with a $78 million contract. Signing Albert Haynesworth to a $100 million contract more bloated than his belly. Failed experiment after failed experiment.

And then Robert Griffin III happened.

By the middle of his junior season, Griffin had shot up draft boards, even contending with Stanford-product Andrew Luck as the country's top signal caller. Holding the sixth-overall selection, Washington was poised to strike. They would send their first and second-round picks that year, as well as their first-round picks from 2013 and 2014 to the St. Louis Rams for the right to draft the electrifying Baylor quarterback. 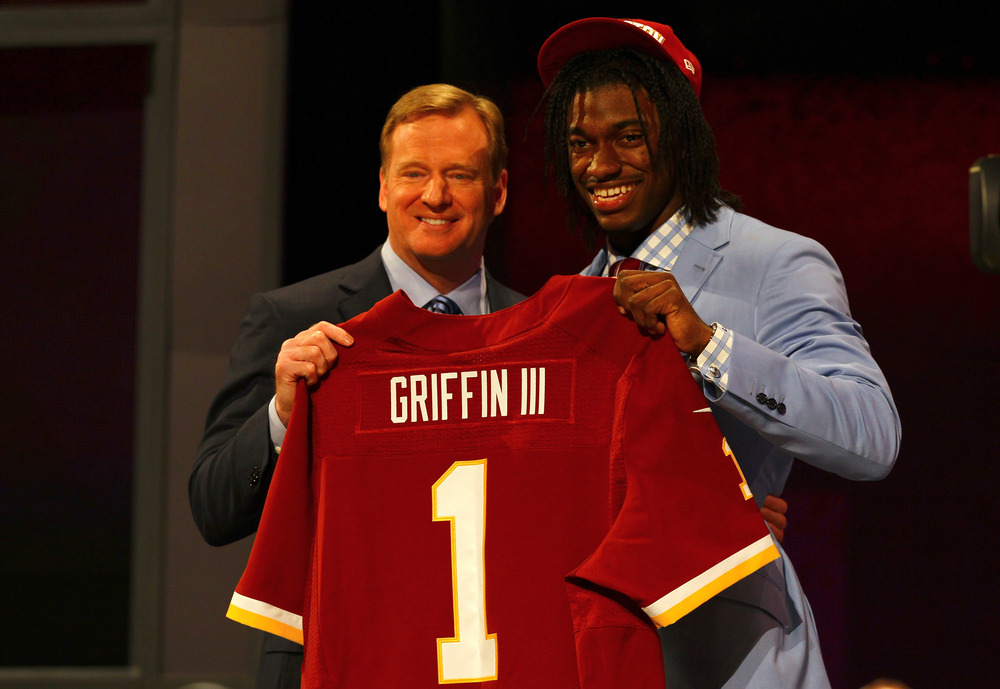 NEW YORK, NY - APRIL 26: Robert Griffin III (R) from Baylor holds up a jersey as he stands on stage with NFL Commissioner Roger Goodell after Griffin was selected #2 overall by Washington in the first round of the 2012 NFL Draft at Radio City Music Hall on April 26, 2012 in New York City. (Photo by Al Bello/Getty Images)

Griffin was everything advertised and more. After a record-breaking rookie campaign, RGIII earned Pro Bowl honors in addition to being named the AP Offensive Rookie of the year. Most importantly, he led red-hot Washington to an NFC East title (the franchise's first since 1999) and a playoff berth.

But the story of salvation would fall short.

Washington hosted the Seattle Seahawks in the Wild Card round of the playoffs. Despite showing very obvious signs of discomfort, Griffin soldiered on. Then, about halfway through the fourth quarter, Griffin did his best to field a low errant snap. He stepped left before planting awkwardly with his right leg and falling onto the turf. A stunned silence permeated the stands of FedEx Field.

An MRI after the game revealed that Griffin had torn the lateral collateral ligament (LCL) in his knee which he had injured just a month before during a regular season bout against the Baltimore Ravens. 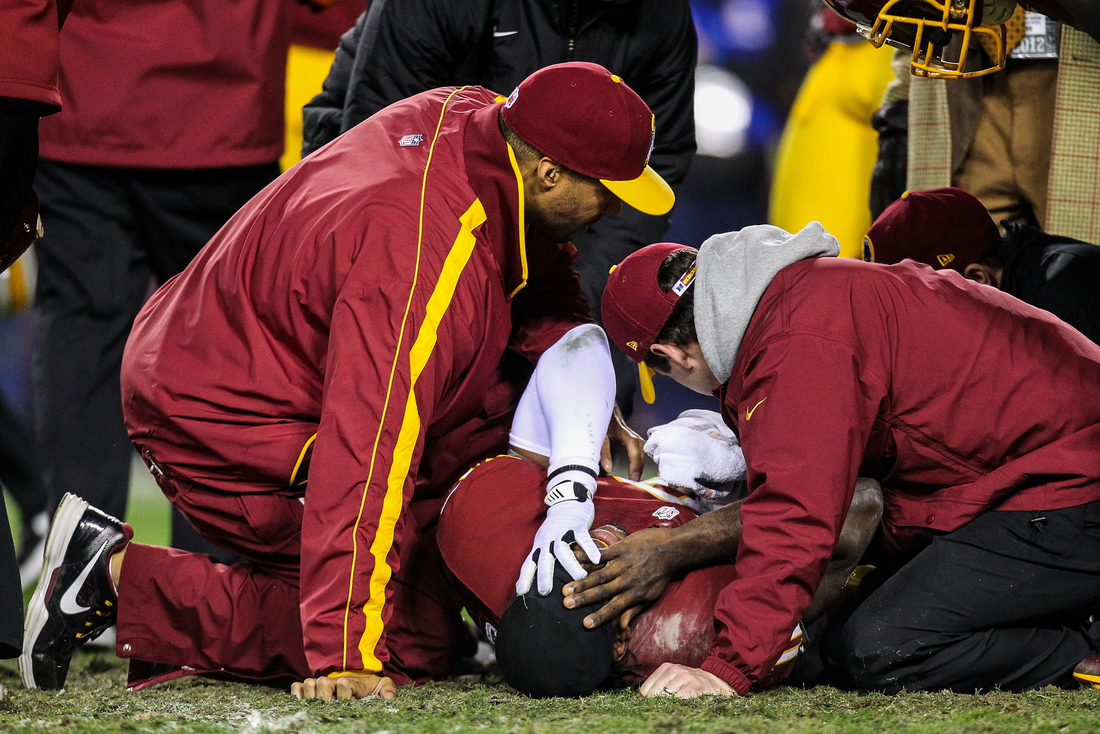 Griffin revived a franchise and the nation's capital, and he did it with utmost class. You didn't need to be a Washington fan to feel for the guy.

The obvious question then and, to a lesser extent, now is will he make a full recovery? Fortunately, by recent accounts, Griffin appears to be well ahead of schedule. Backup quarterback Kirk Cousins offered encouraging words in an interview with NFL Network.

"Robert looked awesome and I'm not just saying that," said Cousins. "Obviously, he is a bit of a freak in terms of his athleticism, but he's healed very quickly...I think he'll be ready to go come Week 1."

Of course, RGIII compares favorably to San Francisco's own Colin Kaepernick. Much has been made of the Pistol offense that took the league by storm this past season, and both Kap and Griffin are partly responsible. It will be fascinating and wildly entertaining to see which of the two will best the other.