49ers roster turnover: Fans not so surprisingly positive about changes

The 49ers made a variety of moves to bolster their 2013 lineup. Based on all the roster turnover, how would you grade the 49ers roster at this point?

Share All sharing options for: 49ers roster turnover: Fans not so surprisingly positive about changes

Here is a rundown of the 12 posts, along with a screenshot of the vote as of publication: 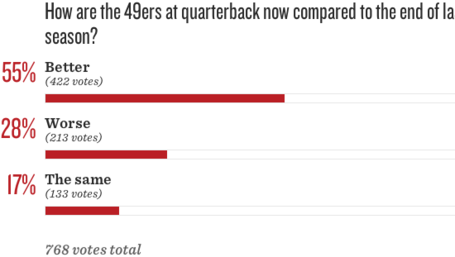 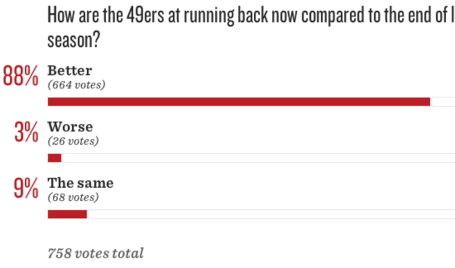 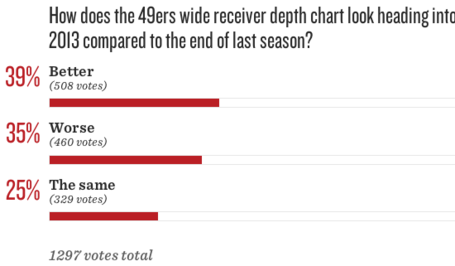 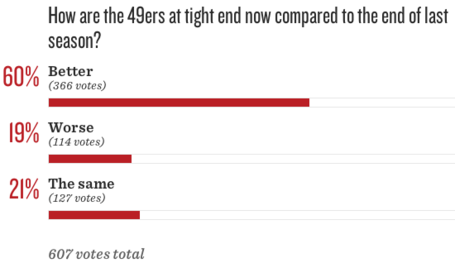 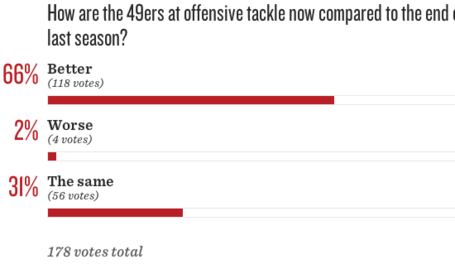 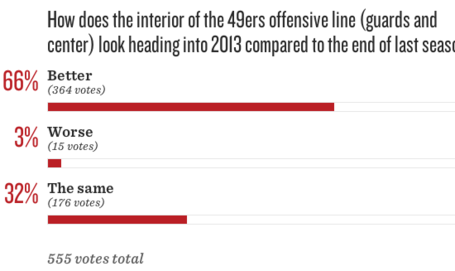 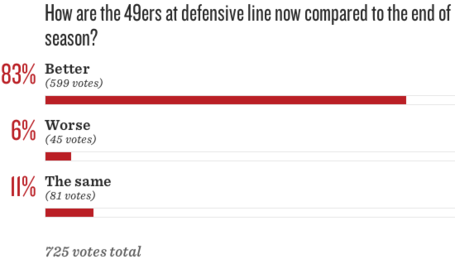 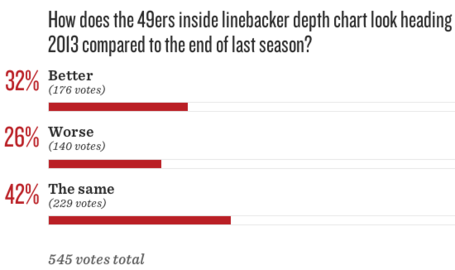 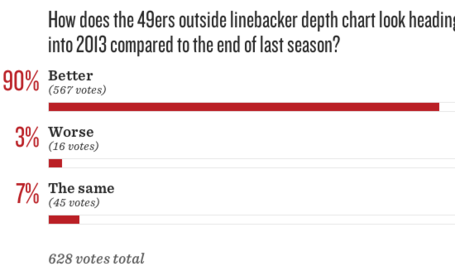 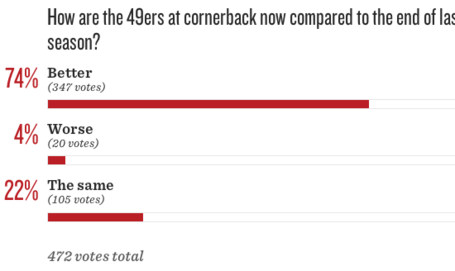 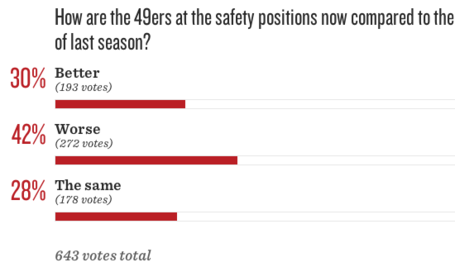 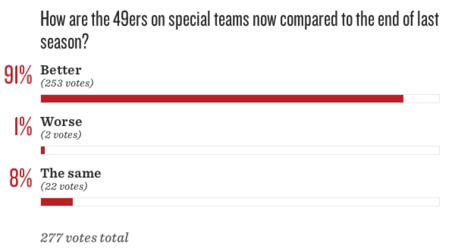 It is not exactly surprising to see so many positive votes, and it is not surprising that safety gets the only fully negative vote. We have a few other close ones, including wide receiver, inside linebacker and tight end. I'm surprised more people did not vote "Worse" for wide receiver, but even without Crabtree, you could make an argument that the upside of this group right now is better than the upside of Crabtree combined with what little the 49ers had when the Super Bowl got here. Crabtree is clearly better than anybody in the current group of receivers, but what do you think about the upside of the young guys combined with the potential steadying calm of Anquan Boldin?