We are mere months away from kickoff. Let's take a look at the storylines of Week 7's matchup against the Tennessee Titans.

After being drafted by the Houston Oilers in the first round of the 1982 NFL Draft, Mike Munchak played 12 successful seasons as an offensive lineman. Munchak was dominant. During his NFL playing days, he earned nine Pro Bowl nominations and ten All-Pro selections before eventually being voted into the Pro Football Hall of Fame by 2001.

Munchak would remain retired for just one season before accepting a position with his former team as an offensive assistant and quality control coach in 1994. Just three years later, he was promoted to become the Oilers' offensive line coach where he served for the next 14 years.

Once Jeff Fisher left town in 2011, a head coaching vacancy opened up. Owner Bud Adams and then-general manager Mike Reinfeldt considered Munchak the leading candidate for the job, and it made perfect sense why they did at the time. Munchak had spent the last three decades contributing to the success of the organization on multiple levels. There probably wasn't another candidate as loyal and committed.

Munchak's inaugural campaign was understandably rocky, but the Titans finished with a respectable 9-7 record and 2nd place in the AFC South. The following season, the Titans floundered, falling to a record of 6-10 and 3rd in the division. Entering his third season as head coach, Munchak is feeling the heat. What has he done to turn around the Titans? 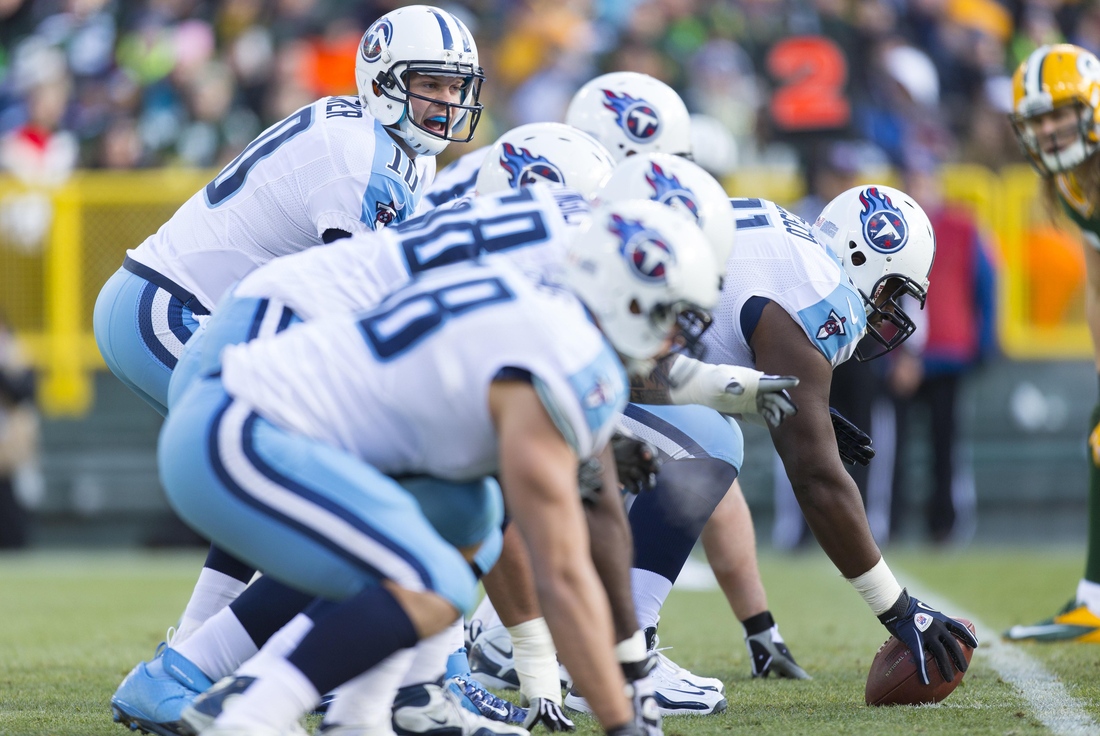 Perhaps more than most head coaches in the league, Munchak understands the importance of stout offensive line play. That's why the Titans made some premium investments up front this past offseason. The team signed former Buffalo Bills offensive guard Andy Levitre to a whopping six-year, $46.8 million deal. Then, in April's draft, the Titans spent their 10th overall selection on Alabama's Chance Warmack, who many considered to be the best guard in the entire draft.

Titans' running back Chris Johnson offered some insight on the team's selection:

In addition to being a benefit to the running game, a competent offensive line can do wonders for, say, a young quarterback. Kind of like the one the Titans selected with the eighth overall pick in the 2011 NFL Draft by the name of Jake Locker.

In addition to a retooled offensive line that will, hopefully, keep Locker's uniform clean, he's also been surrounded with quite a few offensive weapons. Fans of the San Francisco 49ers will be familiar with newly-acquired tight end Delanie Walker. Before signing with the Titans this past offseason, Walker spent all of his professional career with the Niners, arriving in San Francisco in the same draft class as fellow tight end Vernon Davis. Walker was something of a Swiss Army Knife for the Niners' offense, and I suspect he'll be a great option for Locker.

Additionally, the team invested first-round selections in receivers Kenny Britt and Kendall Wright over the last couple of years. Both Britt and Wright are young and show plenty of promise.

The message is loud and clear in Music City: no more excuses for Munchak.